Chelsea manager Thomas Tuchel criticised the use of the red card and VAR in his side's 1-1 draw w...

Chelsea manager Thomas Tuchel criticised the use of the red card and VAR in his side's 1-1 draw with Liverpool on Saturday evening.

Reece James was red carded just before half time after it was ruled that he had used his arm to stop the ball going into the goal after a Mohamed Salah shot.

Salah would score the ensuing penalty to draw level, while Chelsea were forced to play the entire second half with 10 men, and neither side were able to find the back of the net again.

Speaking to Sky Sports after the match, Tuchel expressed his frustration with the red card, while not explicitly suggesting that it was the wrong decision.

"I don't like these red cards in football," Tuchel said. "Nobody in the stadium, nobody on the TV wants to watch a game for 45 minutes with 11 against 10.

"It spoils the game. I have no solution for it, because maybe it is a red card and he denies the chance. It is also a deflection, so who knows?

"In general these early red cards, sometimes you get it for a harsh tackle and then the whole game is spoiled." 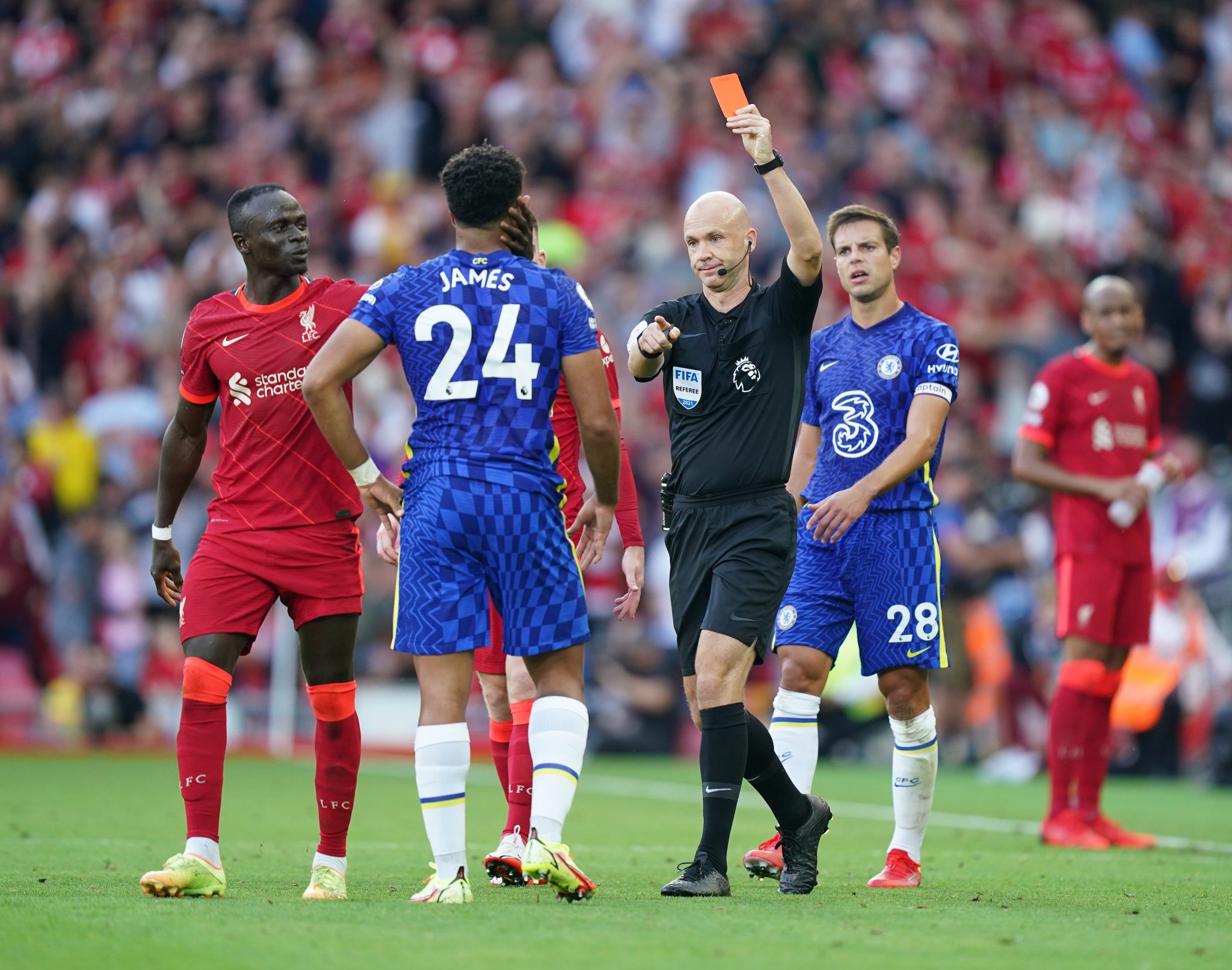 For Tuchel, his biggest issue with the decision was the speed at which it was made, while many are suggesting that VAR suggestions are too long.

Tuchel believes that the decision was made off of the one still image, and that there is an argument to be made that no penalty or card should have been given.

"I don't know anymore actually what happens and what does not happen," Tuchel said. "We were just a bit worried that he was just looking at a photo.

"The photo gives a clear image that it is a red card and a penalty. For me it was too quick. I would have wished for a longer check and to see whole situation where it gets deflected.

"I can remember referees who explained to us that if it is a deflection and it it is not a very unnatural arm position, it won't be punished," Tuchel added.