Watford captain Troy Deeney has told his club that he will not return to team training due to con...

Watford captain Troy Deeney has told his club that he will not return to team training due to concerns over BAME players and his own son's welfare during the COVID-19 pandemic.

On Monday afternoon Premier League clubs unanimously voted in favour of resuming training in small groups ahead of the mooted June 19th return to on-field behind-closed-doors action. However, Deeney has his reservations.

The 31-year-old told the Talk The Talk podcast with Eddie Hearn and Tony Bellew, "We're due back in this week. I've said I'm not going in. It's nothing to do with financial gain."

Opinions vary wildly among Premier League players, coaches and medical staff about how and when play should return.

While Deeney's viewpoint aligns with England international Danny Rose's, it differs considerably from that of a senior Premier League club official who feels that players who refuse to train should not be paid. "If you asked people in the street would you train and play football against people being tested twice a week, would you do it for £60,000 a week, they'd all say yes. It makes me very cross," opined the senior official.

Deeney, though, explained the reasons for his stance on the aforementioned podcast, saying, "When I go into full detail about my personal situation, everyone here will go 'no problem'." 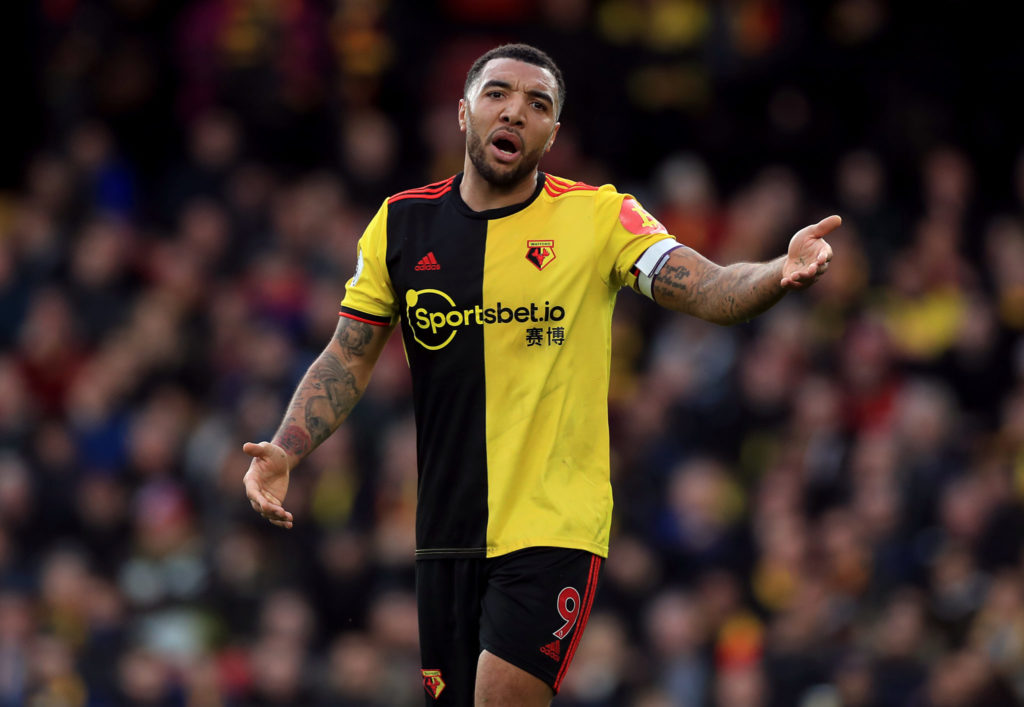 The issues for the Birmingham native became apparent, with Deeney referencing his concern for the health of his family should he return to group training. "My son is five months and he's had breathing difficulties. I don't want to come home and put him in more danger", said Deeney.

"You've got to drive in in your own kit, you can't have showers, then drive back in the same dirty kit you've got. If I'm putting my clothing in with my son's or my missus' it's more likely to be in the house."

He elaborated on the podcast, saying he addressed the most recent 'Project Restart' Premier League meeting about how BAME (Black, Asian and mixed ethnicities) players are more vulnerable to contracting the virus. "Within the meeting, I asked very simple questions. For Black, Asian and mixed ethnicities they are four times more likely to get the illness and we're twice as likely to have long-lasting illnesses. Is there any additional screening?"

Deeney also feels the selected resumption date is ambitious, saying, "They want the first game to be June 12, so we're only like three-and-a-half weeks away from that, so my thing is the transition is really fast.

"While we are being tested and while we are going to be in a very safe environment, it only takes one person in the group. I don't want to be bringing that home."

The striker has scored six goals in 18 Premier League starts this season. Watford lie 17th in the Premier League after 29 games, sitting just outside the relegation zone on goal difference. Nigel Pearson's team last played on March 7th; a 1-0 defeat away to Crystal Palace.

A week prior, Watford became the first side to beat Liverpool in the league this season following a resounding 3-0 victory over the runaway leaders at Vicarage Road.