Trading a Porsche for a Nissan Micra? That's a no-brainer for Thomas Gravesen

Thomas Gravesen was known throughout his career as a hard-nosed player with real quality who also possessed a mischievous streak.

Former teammates have long hailed the antics that Gravesen would get up to around the training ground.

The decision Gravesen took to give up a range of expensive cars and opt to drive only a Nissan Micra is one of the more colourful stories that have emerged about the Dane since his retirement.

"At one stage, Tommy had a Porsche, a BMW X5 and a Ford 150 truck," Gravesen's former Everton teammate Kevin Campbell, told Patrick Boyland of The Athletic.

"He enjoyed them because he liked speed.

"We got back from pre-season and we were at Bellefield [Everton's former training ground]. Someone said 'Kev, you need to see Tommy in the car park.

"Tommy was in a green Nissan Micra. I said 'Tommy, where are all of your cars?'

"This is my new car now," he replied.

"He'd gone from supercars to a Micra and absolutely loved it. That summed him up.

"Mad Dog was crazy, a crazy Dane who was loud and boisterous. Sometimes his head would just take over."

The Mad Dog moniker seems apt considering Gravesen was known to exit Celtic Park in Glasgow after games and drive on the wrong side of the road, against oncoming traffic, in order to avoid sitting in a jam. 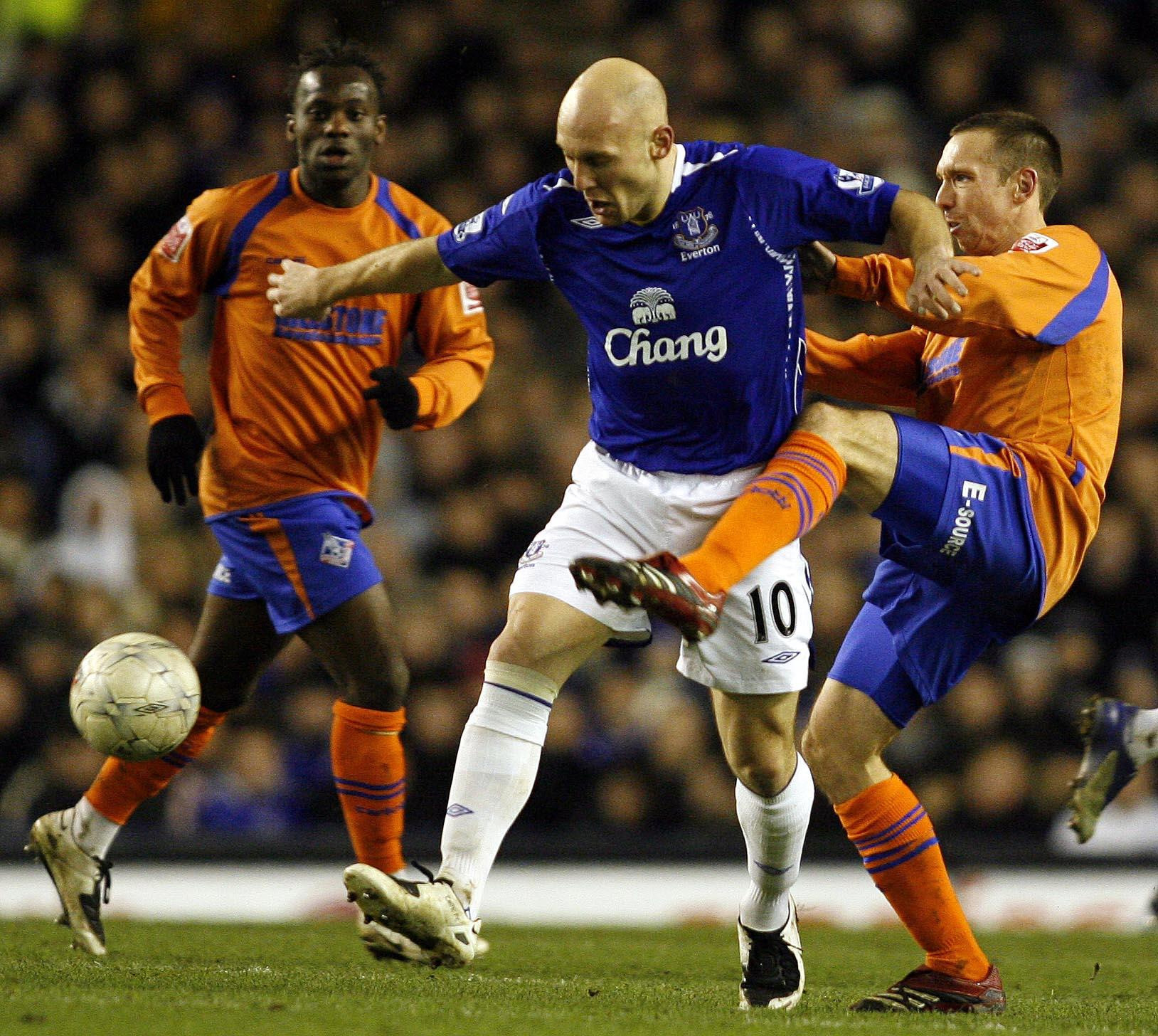 Everton's Thomas Gravesen in action during the FA Cup third round match at Goodison Park, Liverpool.

While Gravesen could light up a room and infuriate people in equal measure, the man was well regarded by those who played alongside him and supporters alike.

"He wears his heart on his sleeve and he did give it his all," Campbell said.

"He has got a good energy about him and loved playing for Everton. The fans need to feel your love of playing for the club.

"There are certain cult heroes who maybe haven't been the best players but they have given their all and connected with the fans.

"That was a time where there weren't too many players that they [Everton fans] could hold in high esteem but he was one they could get behind.

"He had the rare ability to change a game on his own. Once Everton fans connect with you, you are in their hearts."