With Troy Parrott showing enough promise to dream of becoming Ireland’s next great goalscorer, Off The Ball’s Nathan Murphy took a deep dive into the archives to uncover who are the leading Irish goalscorers in the English top-flight since 1950.

Just one midfielder is able to crack the top five and there is only one current active player in the list at all.

Perhaps that highlights the lack of Irish attacking talent in the last few decades despite a few notable exceptions. However, the player who has scored the most in the English top-flight since 1960 may be surprising to some. 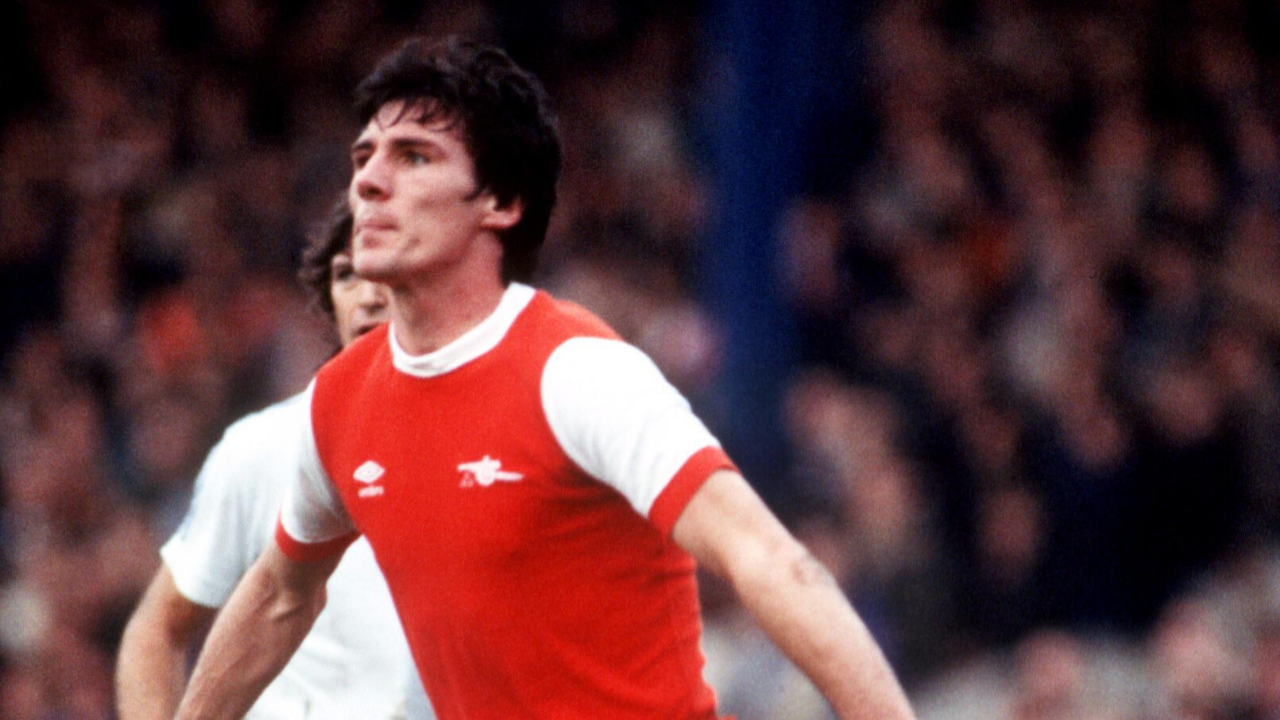 The former Arsenal, Manchester United and Ajax centre forward is the leading goalscorer from the Republic of Ireland in the English top-flight since 1960.

Stapleton scored 136 goals between three clubs in what was the former the English First Division. He began his career with Arsenal in 1974 and he went on to score 75 goals in 225 league appearances for the Gunners, collecting an FA Cup medal 1979 as well.

He then moved to Manchester United where he won another two FA Cup medals in 1983 and 1985. Stapleton racked up 223 appearances for United from 1981 until 1987 while scoring a further 60 goals for the Red Devils.

His final stint in the English First Division came with Derby County in the 1987/88 season and he scored just one goal in 10 appearances.

Stapleton also made history when he became the first player to score for two different clubs in FA Cup Finals. Arsenal in 1979 and Manchester United in 1983. 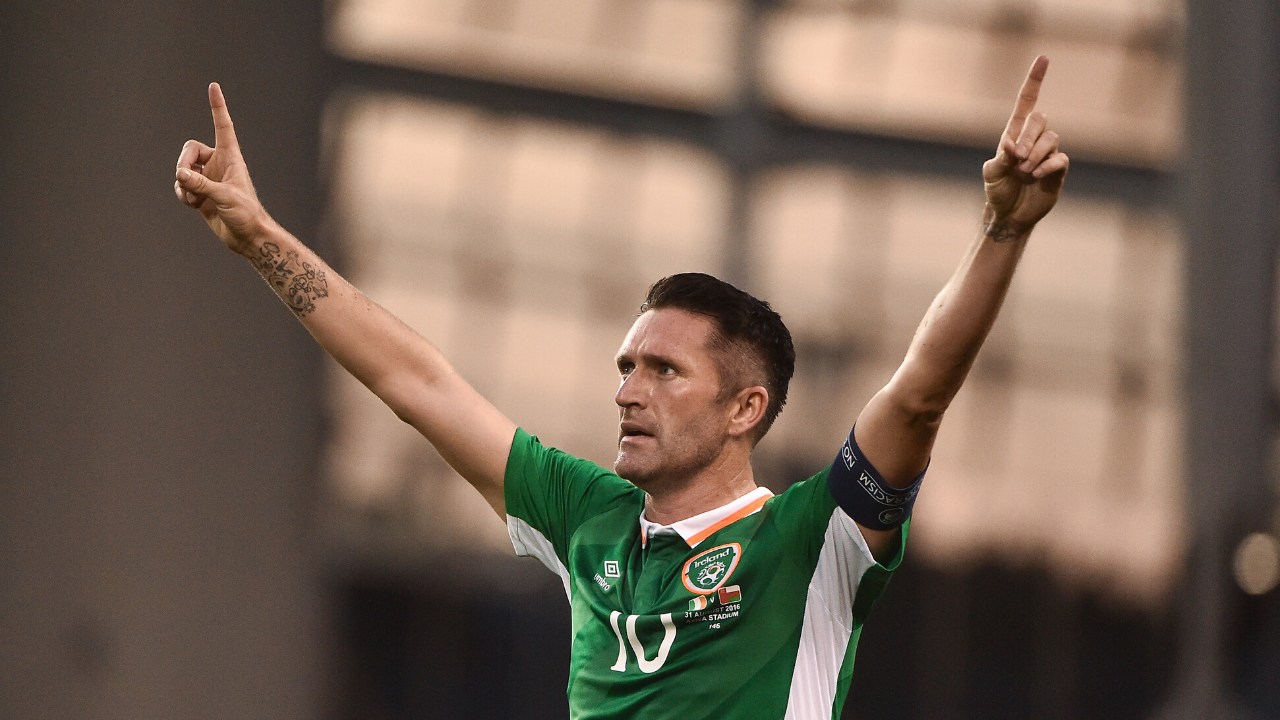 Perhaps the player most people would have expected to top this list is the Republic of Ireland’s all-time leading scorer.

Keane began his career with Wolves but it was not until he moved to Coventry City that he scored his first goal in the Premier League and he scored 12 in total.

The majority of Keane’s 126 goals came while he played for Tottenham Hotspur. During two spells with the North London club, he netted 91 goals.

His time with Tottenham was briefly punctuated with his “dream move” to Liverpool in 2008, where he scored five goals.

Keane added that last of his three goals during a brief spell with Aston Villa while he was waiting for the MLS season to begin in 2012. He scored two of those goals against his first club, Wolves, in a dramatic 3-2 Villa victory.

Just like Frank Stapleton, Quinn began his career in North London with Arsenal in 1983.

In 67 appearances for the Gunners, the FAI’s interim deputy CEO scored 14 goals before moving to Manchester City in 1990.

During his time in Manchester, Quinn got 66 in 193 league appearances at the Maine Road club.

He finished his career with a stint in Sunderland, who he joined for a club-record fee of £1.3 million in 1996.

Although Sunderland were relegated after his first season, Quinn scored 29 goals in 127 Premier League appearances for Sunderland. 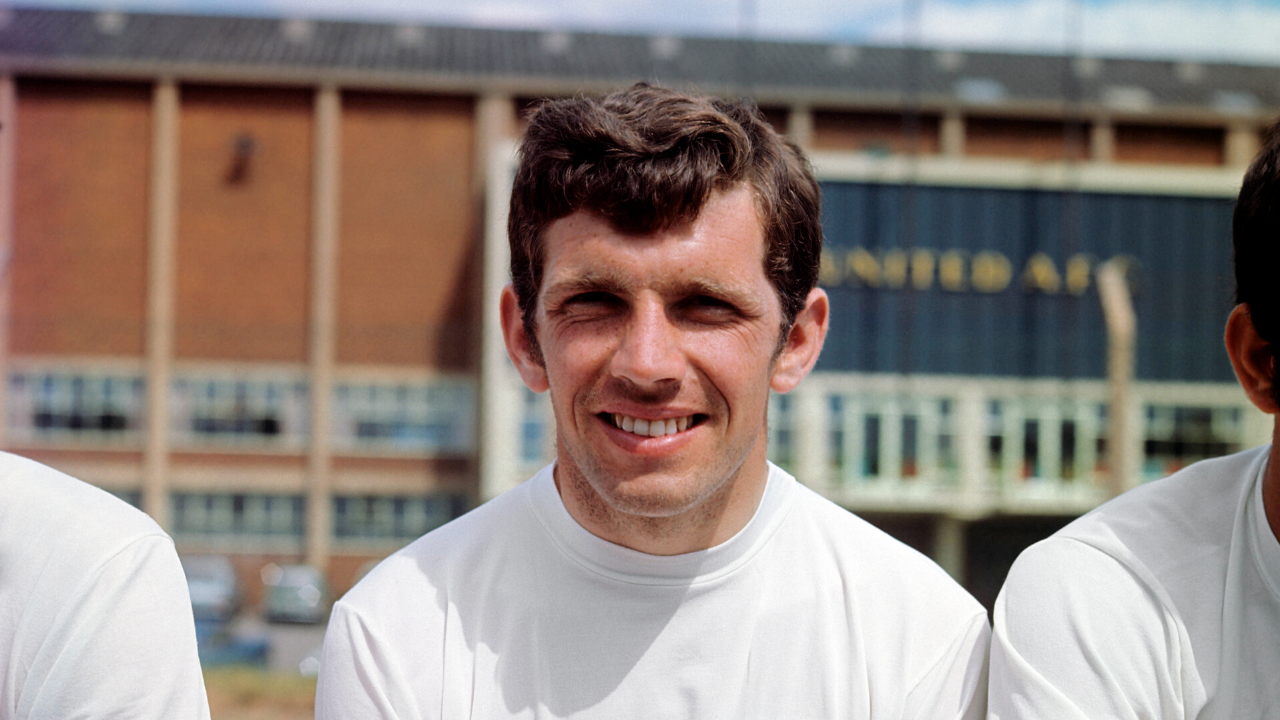 The only midfielder on this list is Republic of Ireland and Leeds United legend, John Giles.

His 91 league goals from midfield are bettered by no midfielder from the Republic and is a reminder of Giles’ brilliance as a complete midfield player.

Despite his, and Leeds United’s, reputation for being a team that took no prisoners, it shows that perhaps there was more substance to them than simply being ‘dirty Leeds.’ His midfield partner Billy Bremner also scored 91 league goals for Leeds.

John began his career with Manchester United, with whom he scored 10 goals in 99 appearances, but it was with Leeds United where he made his name.

After spending his first season with Leeds in the old Second Division (what is now the Championship), John would go on to play 343 times for Leeds in the First Division during his time at Elland Road.

Rounding out the top five is John Aldridge, who has the highest goals-to-games ratio on this list.

Aldo scored his 88 First Division goals in just 147 games which is equal to 0.6 goals per game.

Aldridge scored 38 goals in two seasons in the First Division for Oxford United before making the move to Liverpool where he netted 50 goals in just 83 appearances for the Reds.

He collected a league winners medal and won the FA Cup during his time with Liverpool.

Andy McEvoy might be a name many people would be unaware of, however, he was a prolific goalscorer in the 1960s for Blackburn United.

In the 1963/64 season, McEvoy was the First Division's second joint leading scorer with 32 goals and in the following season, he shared the same title with Jimmy Greaves after scoring 29 goals.

McEvoy finished his career with Limerick in the League of Ireland where he scored 38 goals in 114 appearances.

The Everton great scored 66 goals in the First Division which lands him seventh on this list, but he also has the special distinction of scoring Ireland's first-ever goal in a World Cup finals at Italia ‘90.

During his time with the Toffees, he won two league titles and a Cup Winners’ Cup in 1985. 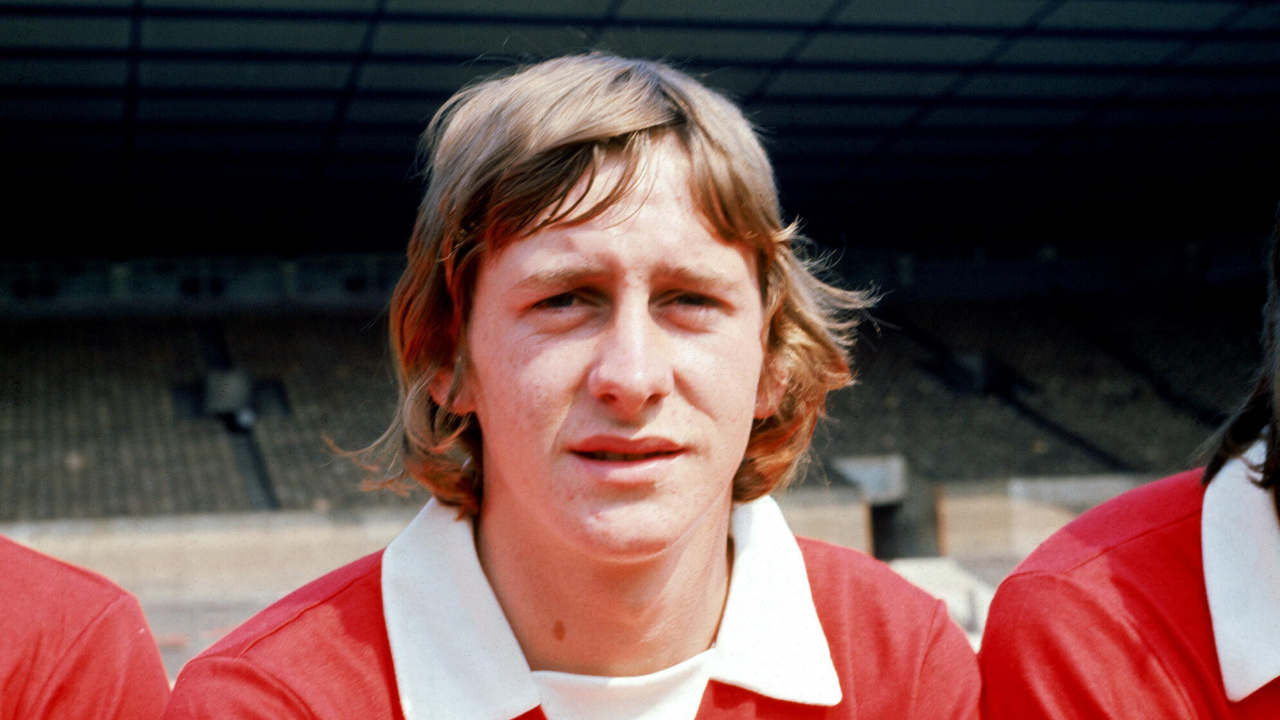 He moved from Bohemian FC to Manchester United in 1973 and scored 23 goals in 111 appearances.

After his spell with United, he played for both Derby County and Coventry City where he continued to score goals for both teams.

Across a 15 year international career, he was capped 48 times. He scored 13 international goals, making him one of Ireland’s top-scoring midfielders.

He scored his first Manchester United goal against Shamrock Rovers but it was with Queens Park Rangers where he scored the majority of his goals.

Givens’ goals propelled QPR to promotion to the First Division and even helped QPR to challenge for the league title. He scored a combined 49 goals in four seasons.

His one season with Liverpool saw him collect winners medals in the league, League Cup and European Cup.

Shane Long is the only active player on this list and it’s not impossible for him to perhaps make it as high as seventh on this list.

The Tipperary native is currently playing for Southampton but has scored goals in the Premier League for Reading, Hull City and West Brom.

A key player for every team he played for, Keane retired in 2006 following a spell with Celtic after an ignominious departure from United.

Duff burst onto the scene with Blackburn Rovers in the late 1990s before making the move to Stamford Bridge where he won two Premier League winners medals and the League Cup under the guidance of Jose Mourinho.

He had spells with Newcastle United and Fulham, reaching the Europa League final with the latter, and scored 54 league goals across a distinguished career in England. 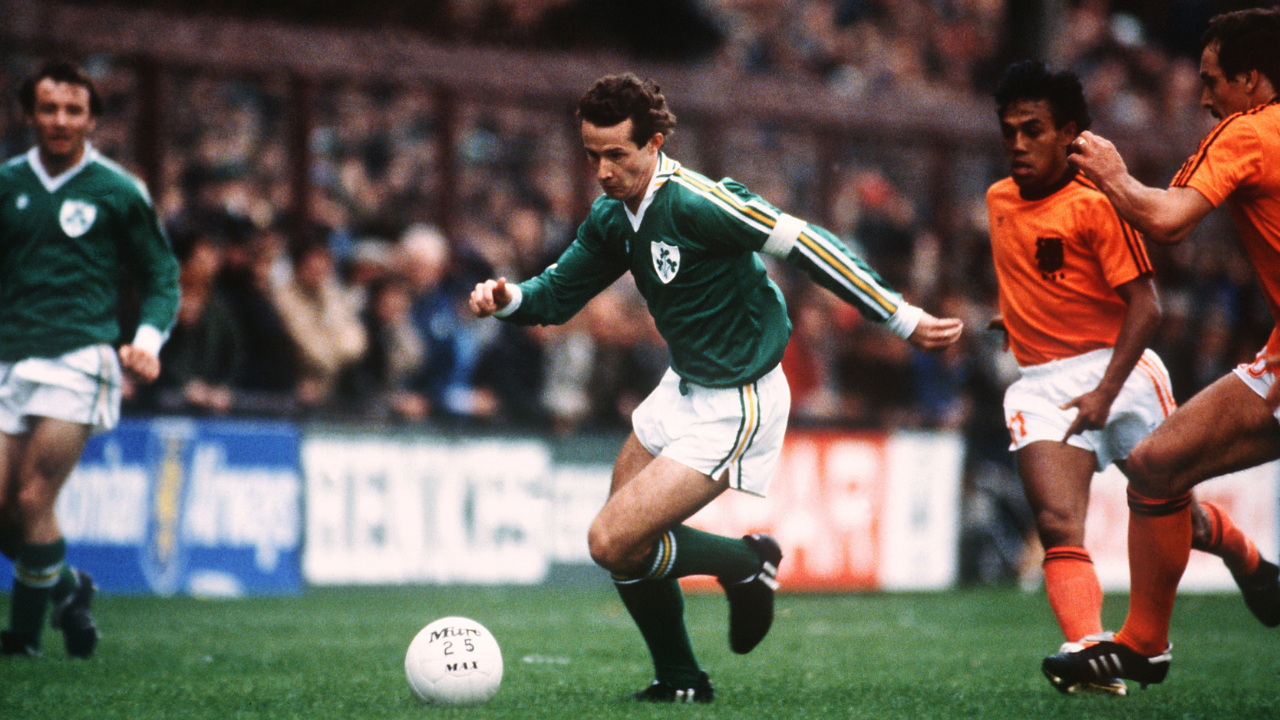 For a player who was allegedly expelled for missing a GAA match for his school, Liam Brady went on to have a decent career all told.

Brady scored 43 goals in 235 games for Arsenal before he left to join Juventus, a club where he is still remembered fondly after scoring a league winning penalty for them.

He returned to England with West Ham and scored a further nine goals for the Hammers after stints with Inter Milan, Sampdoria and Ascoli.

Heighway scored all 50 of his goals in the English top-flight with Liverpool.

His name is still sung at Anfield where his personal roll of honour includes wins of the First Division, FA Cup, European Cup, UEFA Cup and League Cup.

Conroy scored all 48 of his top-flight goals for Stoke City during nine seasons spent in the First Division.

The Dubliner moved to Merseyside when he was 18-years-old after being spotted playing for Home Farm.

He repaid the £35,000 spent to acquire him in spades. Scoring 46 goals in 362 games for Liverpool where he won the European Cup, six league titles and two FA Cups among other silverware.

Best remembered for putting the ball in the English net, Houghton scored 46 top-flight goals throughout his career.

His best period came at Liverpool where he won two league titles, but he also scored for Fulham, Oxford United, Aston Villa and Crystal Palace.

Across a 20 year career, Townsend scored 44 top-flight goals from midfield.

Walters scored all 43 of his Premier League goals with Stoke City and was a regular in the side under both Tony Pulis and Mark Hughes until he made the move to Burnley in 2017. 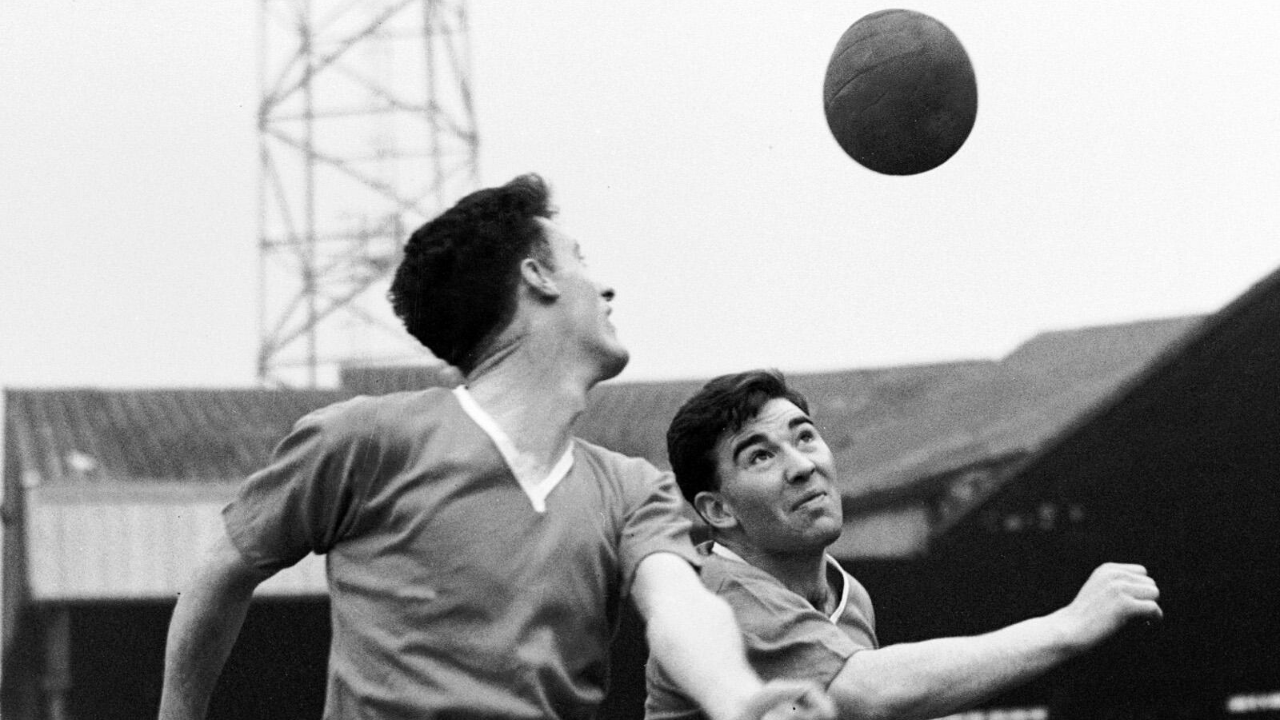 The second Cabraman on this list, Whelan also has the second-best goals to game ratio as well.

One of the Busby Babes, his 43 goals in 79 games for Manchester United is only bettered by John Aldridge.

Sure to be a star for Ireland and United for many years to come, he tragically died aged just 22-years-old in the Munich air disaster that took the lives of eight United players.

A bridge close to the house he was born in was named after him after a campaign by members of the local Cabra GAA club, Naomh Fionnbarra.

He also holds the Ligue 1 record for oldest player to score a hat-trick, which he did while playing for Nancy at age 37 years and 31 days.

Last on the list of the top Irish goalscorers is Paddy Fagan who scored his 33 league goals with Manchester City, where he played 165 games.