The imminent arrival of Thiago Alcantara upon Merseyside's red half brings even more experience and quality to an already bountiful Liverpool squad.

Alcantara looks set to complete his signing from Bayern Munich to Jurgen Klopp's side on Friday, ahead of Liverpool's match with Chelsea on Sunday (which you can catch live on Off The Ball, commentary via our own Nathan Murphy & Kenny Cunningham).

The 29-year-old arrives following a treble-winning season with Bayern and will be welcomed as a valuable addition to the Reds midfield as they look to retain the Premier League title this season.

The only lingering question is just where the versatile Spanish midfielder will fit into a midfield that has been as solid as they have been successful?

Joining Friday's OTB AM, former Republic of Ireland international David Meyler attempted to shed light on where Alcantara will find a spot in Liverpool's midfield.

"It's the million-dollar question," Meyler admitted of the task facing Jurgen Klopp to accommodate all his midfield stars.

"If you look at Liverpool's strongest midfield it's probably Fabinho with [Jordan] Henderson and [Gini] Wijnaldum.

"If you look at the last serious competitive game Bayern Munich played, it was the Champions League final and we saw Thiago as the deep-lying playmaker who was getting the ball off the back four, off the goalkeeper.

"So, you're looking to see if he's going into that Fabinho role."

While Fabinho will fight to hold his place, and Alcantara can play in a more advanced position if necessary, Meyler still believes the best opportunity for the Spain international will be to take Fabinho's position.

"If I had to pick one, I think it will be Thiago versus Fabinho.

"It's a tough one; is he a lot better than Fabinho in that position?

"I think the way Jurgen Klopp will do it, it's almost as if he's got Fabinho and Thiago for that position. Obviously, if the two picked up injuries then Henderson can drop back in but then I think it's Henderson/[Naby] Keita in midfield, then Wijnaldum/[James] Milner/[Alex] Oxlade-Chamberlain. 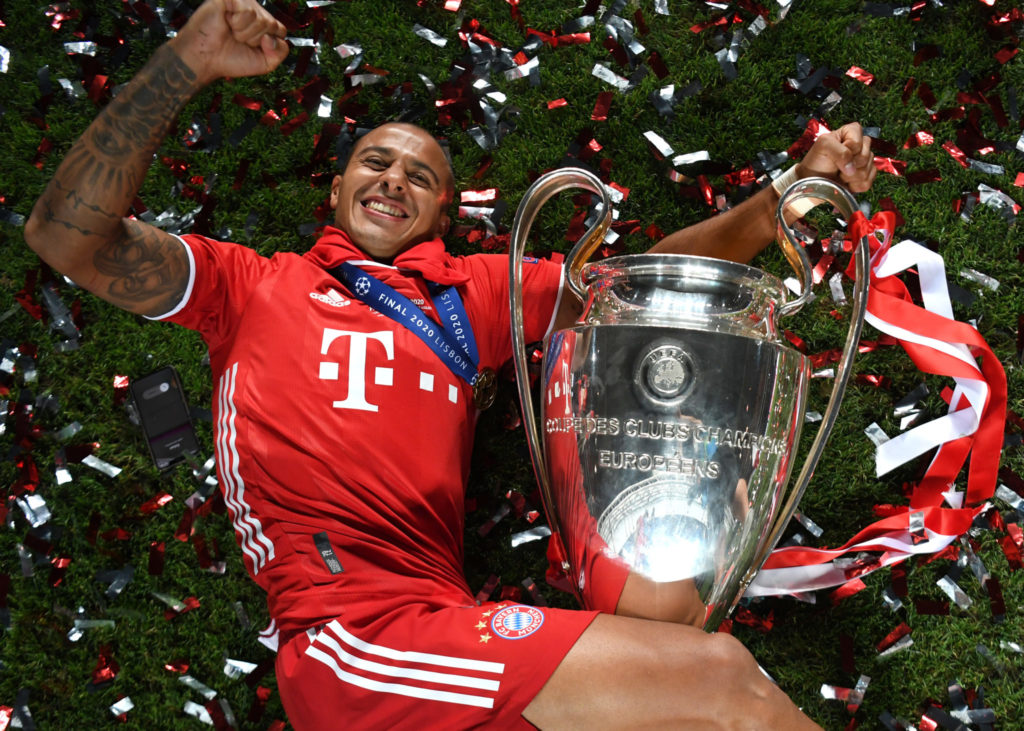 With so much quality in midfield, and with nearly every player hoping to be a starter, the question arises whether such a transfer could destabilise the team rather than strengthen it.

Meyler, however, doesn't think Klopp will allow that to happen.

"Of course, every footballer wants to play every minute of every game but it's nearly impossible. There has been talks of clubs enquiring about Oxlade-Chamberlain. Of course, James Milner is another year older, as fit as he is.

"It's a challenge Jurgen Klopp faces, he's got all these excellent players who have been very successful over the past three seasons.

"It's a busy fixture list. Obviously, we know it's a shorter season this year but there will be plenty of games and he will rotate well."

Alcantara's first match could be as early as Sunday if he is confirmed and registered in time for Liverpool's visit to Stamford Bridge, which kicks-off at 4:30pm, live on Off The Ball.

Liverpool to be without Matip, Keita and Thiago as Champions League returns to Anfield

'I am ashamed of this government' | Odion Ighalo condemns Nigerian violence