Football writer Gavin Cooney has spoken about the apparent golden era of goalkeepers in the current Ireland national men’s side.

Portsmouth’s Gavin Bazunu has been Stephen Kenny’s preferred option between the posts in recent Ireland games.

Ireland kick off their 2022 fixtures with a friendly at home to FIFA's #1 ranked side Belgium.

“It’s quite conceivable that Travers is the only first-choice Irish ‘keeper in the Premier League next year,” Cooney said.

“He’s gone quite under the radar - and if you ask Stephen Kenny about his best goalkeepers, he always lists off the ones that aren’t playing.”

“In fairness to Travers, he has bounced back extremely well since the nightmare in Belgrade. He played poorly in that game and got chipped by Mitrović quite embarrassingly.”

“He’s been playing extremely well for Bournemouth - nobody has kept more clean sheets in the Championship than him this season.”
“They look like they have a pretty good shot at promotion this season.” 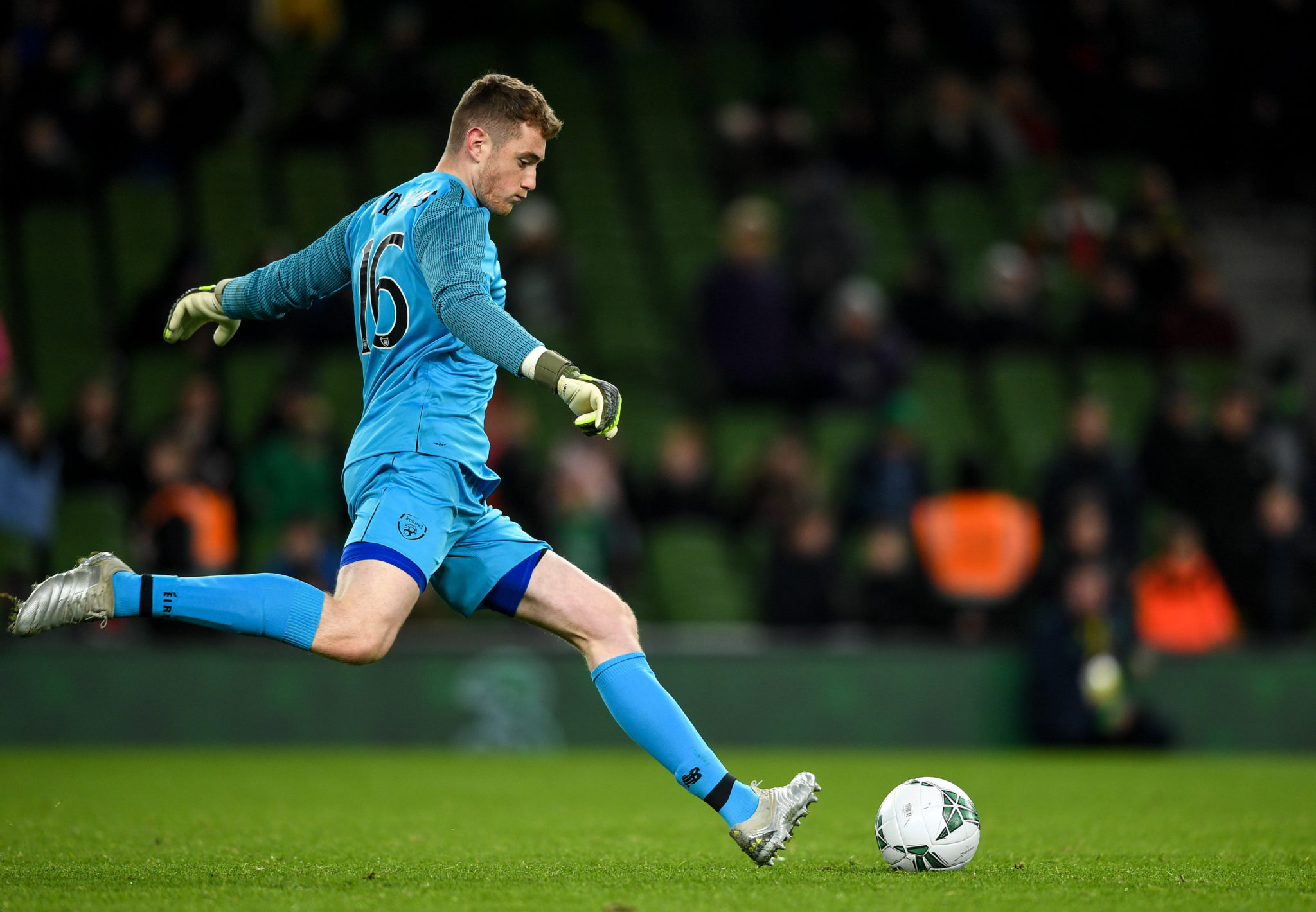 The best players in the same position: a classic conundrum

Cooney also considered how the Irish side may be falling prey to a classic problem in international football: having your best players confined to one position.

“There must genuinely be nations in Europe glancing our way and wondering how we’re producing all these goalkeepers,” Cooney beams.

“You could maybe say it’s typical of Irish football that we have depth in the one position where you can’t play more than one!”

“We’ve all read - and many of us wrote about it over the weekend - about Caoimhin Kelleher being a striker at Ringmahon Rangers, so unless he’s repurposed David James-style…”

“At the moment, Bazunu has the jersey - but it’s all circumstantial.”

Cooney added that how the current pecking order is as much down to luck and injuries as anything else.

“Kelleher was probably in line to get that jersey when Randolph was injured at the start of the World Cup qualifying campaign. But he was injured at a pretty luckless time.”

“So in came Travers, and he didn’t perform against Serbia. So in came Bazunu, and he has performed.”

“There is absolutely no reason why Bazunu should be taken out of the Ireland team at the moment.”

“The fact that Kelleher is there putting so much pressure on him is a good thing, in terms of keeping Bazunu on his toes and keeping him at a pretty high level of performance.”