Representatives of Manchester United and Liverpool fans joined OTB AM on Tuesday morning to discuss the reaction to the proposed Super League.

Andy Mitten of United We Stand and Gareth Roberts of The Anfield Wrap are united in their distrust and dismay with recent developments in European football.

Two football journalists acutely placed within the match-going fan groups of Manchester United and Liverpool, they argued on Tuesday's OTB AM that the strongest means of resisting the Super League would be for fans of rival clubs to unite in protesting the move.

"I wouldn't be surprised if you saw some cross-club protests," suggested Mitten, "even between Manchester United and Liverpool fans.

"That would be a first but I think there is so much alignment here and the strength of feeling is so similar."

Previously, both Mitten and Roberts have first-hand experience of protesting against the regimes of United and Liverpool owners respectively.

"Fans were part of getting [Hicks and Gillett] out of Liverpool," noted Roberts, "there were protests before the match, at the match, after the match and lots of stuff online that people engaged with.

"There is a power with fans, especially if fans come together from rival clubs. That would be huge because I think there's a bet being taken on tribalism here."

Fascinating stuff, United We Stand's Andy Mitten and The Anfield Wrap's Gareth Roberts on potential action across #MUFC, #LFC and other fanbases to oppose the new competition.#OTBAM with @GilletteUK #MadeOfWhatMatters pic.twitter.com/FzsEaX0eLx

Indeed, as the 12 breakaway clubs attempt to wade through the overwhelmingly negative response to the proposed Super League, Roberts suggested that they will be hoping those historic rivalries hold firm and stop any widespread organised reaction.

"They know if fans come together then this will be very difficult to run through," he remarked. "We have to find common ground on this." 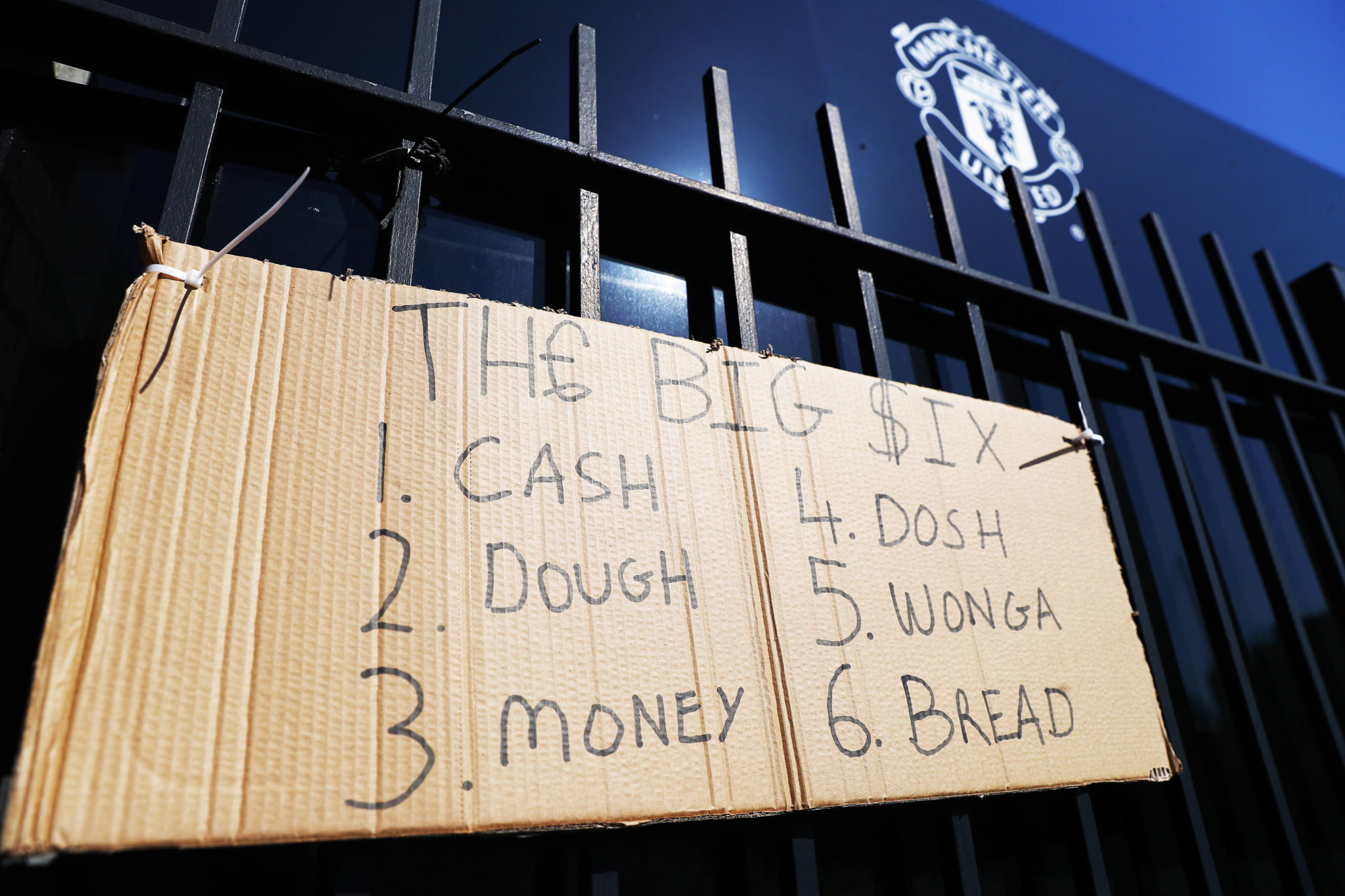 Nevertheless, Andy Mitten sounded a cautious note from experience that protests against the Super League may ultimately amount to nothing once the football gets going.

"It worries me because I saw what happened in 2005," he said, using the protest that followed the Glazer's takeover of United as a reference point.

"I saw people singing "Not For Sale", signing up to petitions and forming a new football club of which my brother was one of the first players to sign for and a lot of my friends went to support F.C. United.

"Yet, the following season every seat inside Old Trafford was taken. That's what worries me. Football fans are incredibly loyal, but incredibly fickle."