Somewhere in the UK, James McClean has stopped dead in his tracks with an unnerving feeling that something wicked this way comes - it is 'Sunderland 'Til I Die' episode three.

Whatever one's thoughts on the British Army and Remembrance Sunday, we can probably agree that the opening scene is a little bit 'on the nose'.

Veteran fan Andrew Cammiss changes into military regalia, with the overwrought merging of his feelings of 'brotherhood' of army life into a shot of the Stadium of Light.

"When I come to Sunderland, I get the same feeling," says Cammiss.

Exactly which element of Army life he is referring to is not entirely clear, the fraternity or the pinning down by enemy fire. Either way, you don't know myaaaaan, you weren't there.

Cue strains of Elgar's Nimrod playing over George Honeyman scoring from the edge of the box against Port Vale. Sure, hadn't he envisioned that himself when he laid down his ink and pen? Or quill, I dunno.

The Christmas elves are weeping

We move on and it's the festive season in Sunderland!

Josh Maja has the honour of turning on the lights on a particularly-depressed looking pine. He is introduced to a confused-looking Lord Mayor, who clearly does not know who the hell he is.

After being told 'this is the lad that scores the goals,' there follows a look of such bemusement that he genuinely could be calculating either what a 'Josh Maja' is or what 'goals' are.

"Yeah, I'll be here next year," says Maja to a woman about turning the lights on in 12 months' time. He's great at not giving away plot points and providing a little dramatic irony. 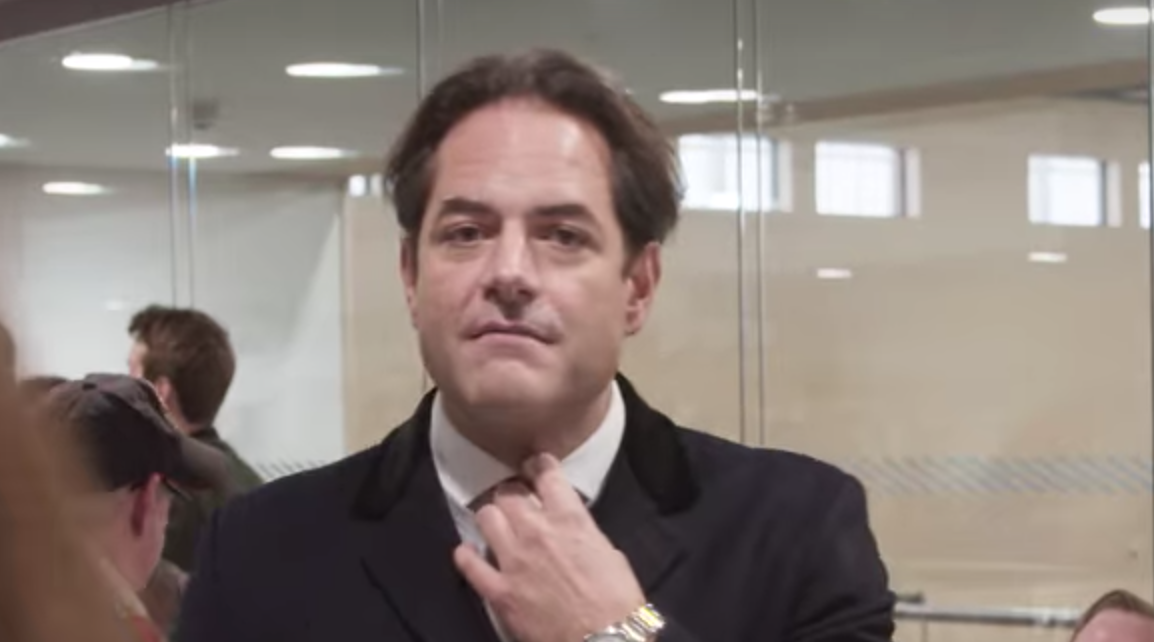 Then comes one of the most satisfying scenes of any show in years.

Christmas is a crucial time for any football club to get people through the gates. It's only natural that a boss would want to motivate the stuff to get out and sell, so director Charlie Methven rouses them with a Churchillian speech.

"Not to use that failed phrase from the referendum, but 'Together Stronger'," says Charlie.

The words from the Remain campaign, to employees in a town that voted 61.35% in favour to sack the European project off.

Said to people that may be concerned about an unelected elite owning what they hold dear; said by the man who appears to be that concept made flesh.

PR people are usually quite good at a poker face, but Corporate Communications Manager Sophie Ashdown almost winces herself inside out.

Thus the scene is set for the dynamic of this episode, with Ashdown trying to manage Charlie Methven, her manager. More on that later.

Sophie Ashdown, either wincing or crying. Either works.

Meanwhile, the adorable Luke O'Nien employs himself to try and keep Josh Maja at the club, as if to become an actual angel on his shoulder.

"I say to him every day, 'Maj, please stay,'" he says with that kind of hopeful, pleading face used only by kids trying to convince their parents to get McDonalds for dinner. Maja, presumably, responds with a line akin to 'if we pass one on the way home.'

For those that haven't watched this, Maja is so far and away the best player at Sunderland, it is a wonder that there is even a question of him signing a new contract at all.

Sunderland 'Til I Die: peril

The real peril from this episode is that Charlie Methven has an idea. When Charlie has an idea, it is like giving a machine gun to gorilla - he might not know what to do with it, but it's bloody dangerous.

This particular mind-bubble is that he wants the Boxing Day game at home to Bradford to be the biggest league attendance in League One history. The aim is 40,000, a laudable target, but it shows his man management in action.

"We need 35,000 of our own fans through the gate, on Boxing Day. That is a marketing challenge and when you put pressure on people in MarComms, you see those that have it and those that don't," says Methven, apparently using 'MarComms' without irony. 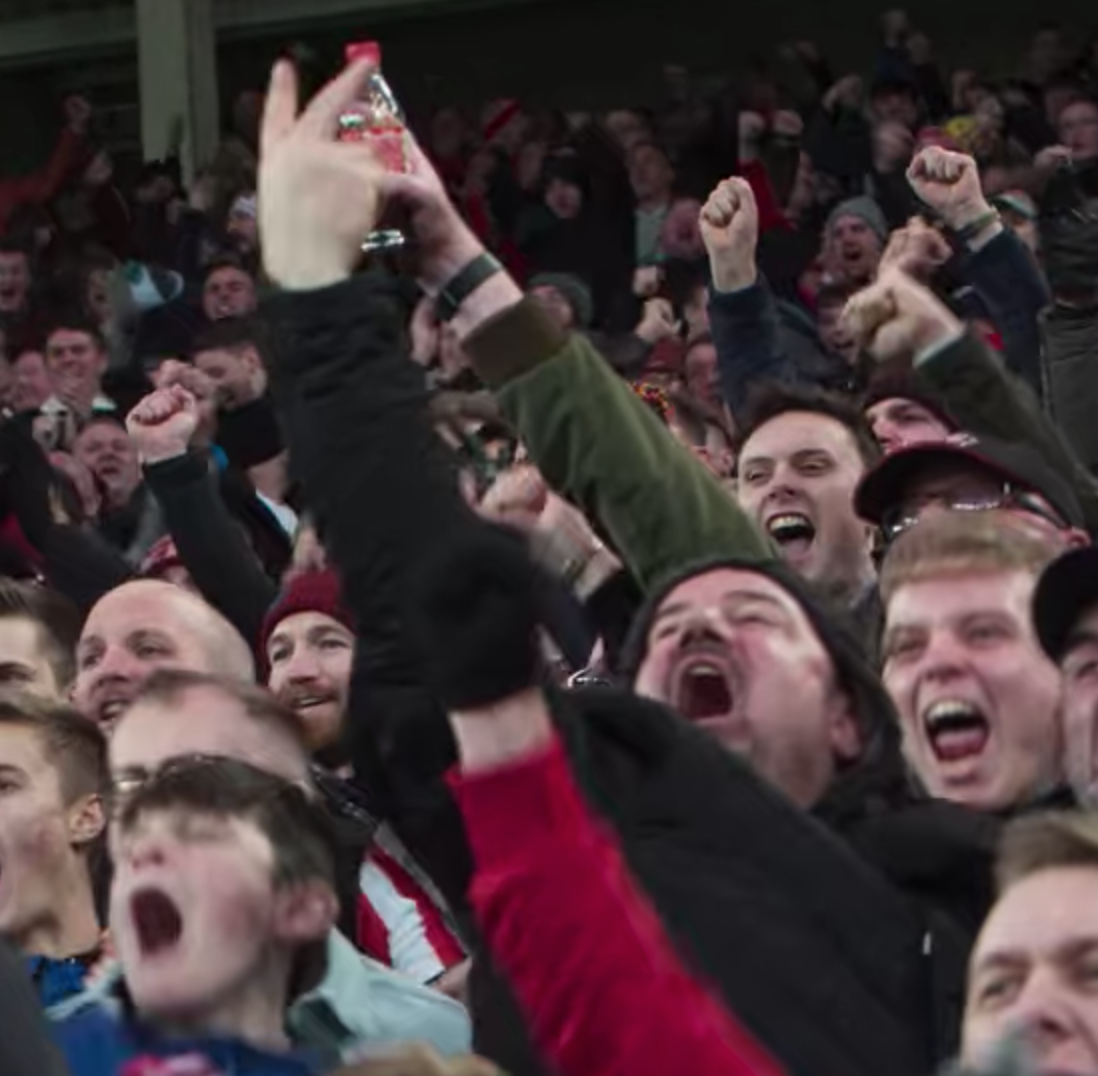 This lad spends his entire match experience doing exactly this.

To be somewhat serious for a moment, this episode is probably the clearest picture of what things are like behind the scenes at Sunderland. There is a constant tension between the lower-down staff and those calling the shots.

On the one hand, one has sympathy for the staff that have seen myriad football executives come and go, being made to execute all manner of hare-brained tasks. On the reverse, it is understandable that a director wants something done to stop the club haemorrhaging money.

It is a difficult argument to side on, but it also has some quite unpleasant consequences.  This episode has probably two of the most uncomfortable moments of the series.

The first is Methven 'motivating' his staff by ultimately saying that if the marketing team do not get 40,000 through the gate, they will be responsible for redundancies, presumably including their own.

Cue Methven at half-time, looking to get the exact attendance figures, shouting in the face of Sophie Ashdown "we fucking [get the numbers] and if we're 200 out then it doesn't matter" and "fucking tell them, I'm not a corporation - I don't need to be treated like a fool."

The dynamic is not one that reflects well on Charlie and, sometimes, it is worth pausing to consider if the end justifies the means.

Anyway, they break the record and - to nobody's surprise - no one in the crowd really cares.

The episode concludes with Sophie Ashdown clearing her desk.

No real explanation given, nor is it really needed.

Part one of our series of reviews is here.

'Our game hasn't been protected' | Stephen McGuinness on LOI backing