Retired footballer turned musician Stuart Byrne joined Adrian and Shane on Friday morning’s OTB AM to give us an exclusive first play of his new song ‘The Game That We Love’.

Reflecting on his newest piece of work, Byrne was not shy of admitting how the last 12 months impacted its development “It’s a very nostalgic song, I suppose when you consider the year that we’ve had", said Byrne.

“You really just try to cling on to the thing that you miss and I miss playing football on the road with my mates when I was a kid. Not a care in the world, no complications.”

Byrne hopes that the song might bring back some fond memories for others, just as it has for him.

“I hope that a lot of people will reflect on it and it’ll draw on memories that people would have had during the ’80s, '90s or even 00s, when we didn’t have very much else other than a football and a few mates to kick it around.

“It’s never more evident than it is now, we didn’t realise at the time how good this was for us. All I wanted to do was go out on the road.”

Byrne was quick to reflect on the importance of this part of his childhood on his development as a professional footballer. “Everything you did was a training session, you’d dink the ball up over the curb and that’s like avoiding a sliding tackle.”

He also has particularly fond memories of recreating Norman Whiteside’s 1985 FA Cup Final goal along his childhood street of Cedarwood Road. “I remember spending hours trying to curl the ball into the gap between the tree and the pole. You were trying to emulate what you were seeing on the TV.

“Effectively this song is kind of me in a dream and a 45-second melody because it kind of encapsulates everything that I’ve experienced." 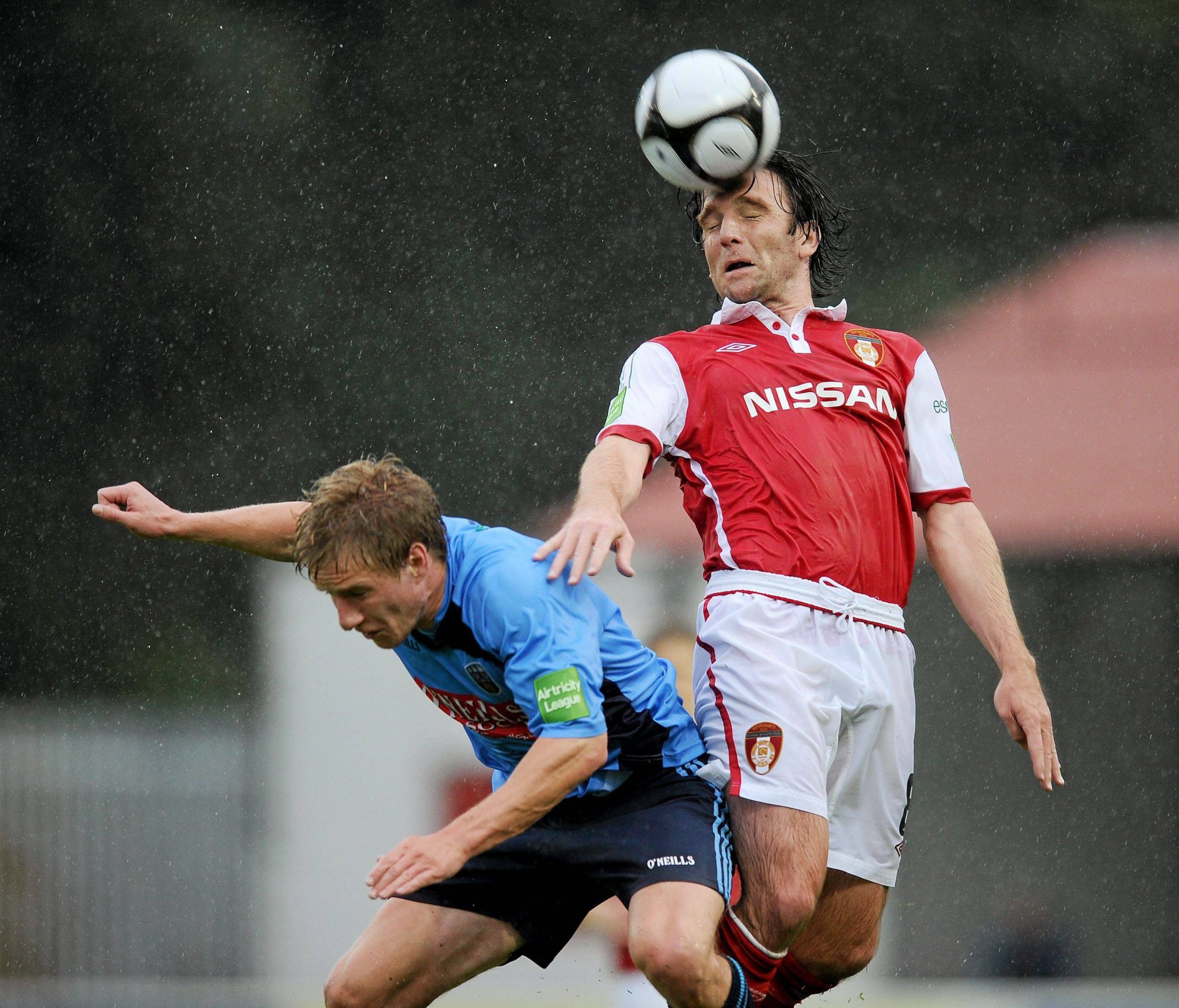 With four kids of his own now and a year where we’ve been deprived of so much, Byrne's eager to make changes in his own life once things reopen again.

“I’m in my 40s now and I’m realising how much I miss my mates, the two guys that I grew up with Lorcan and Christopher. I just want to be around them kicking a ball, it doesn’t matter if it's just against the wall.

“I know one thing, when all this settles down I’m going to organize a weekly game of 5-a-side with my mates because I wouldn’t have done that in the past; that’s definitely number one on the bucket list.

“When you get together with your friends and you’ve had a certain background with them, you don’t worry about anything else, you're back to that nine or ten-year-old and you have a bit of craic and I miss that the most about everything [this year].

“It might be fantasy because we can’t go back in time, but we can try and do is emulate it again, we can create new memories.”