After Ireland suffered a disappointing defeat to Luxembourg on Saturday night, OTB's Enda Coll examines why Stephen Kenny is currently our only hope of getting out of our boom-to-bust football culture.

One of the people I'm going to be talking about, as you've probably already guessed, is Stephen Kenny, but we'll return to him later. First, I want to tell you about Dr Emil Frerichs.

Malcolm Gladwell’s David vs. Goliath tells us stories about how the little guy, the underdog can come out on top. It comes down to two traits: urgency and disagreeableness.

Dr. Emil Frerichs was disagreeableness personified. Temperamental, grouchy and often angry, what really set Frerichs apart in 1950s medicine were his methods, however.

See, Frerichs dealt largely with childhood leukemia, which at that time, was largely fatal.

While working at the National Cancer Institute, he hypothesized treating the condition using a combination of chemotherapy drugs instead of just individual drugs. Over the next few years, Frerichs would bring his young patients to the brink of death killing as many of cancer cells as possible before nursing them back to health.

He would then do it again and again until the cancer was in remission.  It was incredibly dangerous and didn't really go down all that well. Frerichs was castigated for the pain he was inflicting on children, and heckled at scientific conventions.

He persisted, nevertheless. In 1965, Emil Frerichs published the results of a sophisticated trial for his cocktail of four chemo drugs. Today, “combination chemotherapy” is considered standard practice and cure rates for childhood leukemia are somewhere north of 94 percent. 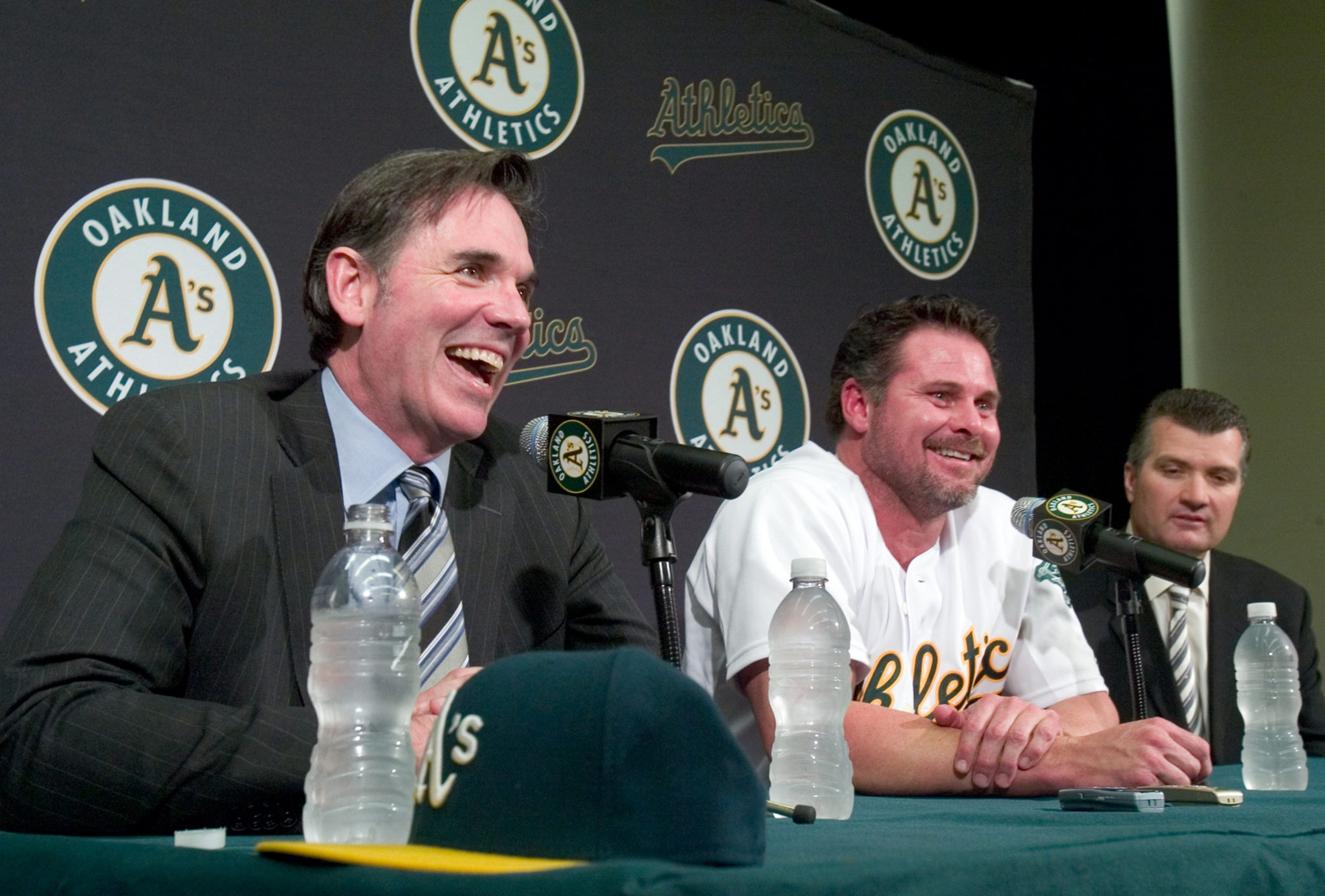 The second person we're looking at is Billy Beane - or Brad Pitt, if you've seen the 2011 film adapted from Michael Lewis' book Moneyball.

Beane was by no means as disagreeable a person as Frerichs, but in sporting terms, the methods he explored as General Manager of Major League Baseball's Oakland As were equally bizarre and scoffed at.

The story told by Lewis boils down to old vs new, tradition vs invention.

So he did something many thought was crazy. He hired Paul DePodesta - a fellow admirer of the work of Bill James, author of The Bill James Baseball Abstract and pioneer of  ‘sabermetrics’.

Beane and DePodesta began implementing an analytical and statistical approach to recruitment. They used numbers and stats to find undervalued players in the market.

While this seems like a logical thing to do now, it certainly wasn’t in 2002. In fact, Beane was widely criticised by scouts, people who knew the game, from his own franchise for his recruitment policy.

“What could numbers on a page tell you more about a player, than a person who has been involved in the game for 30 years?”

To be fair, for a while it looked like they would be proven right. The Oakland A’s started the season with a dismal record. At that point, he could have admitted defeat, but Beane stayed true to his outlook.

Ultimately, the Oakland A’s went on to win the 2002 American League West and the ‘Moneyball’ system is now widely used by multiple sports organisations around the world. 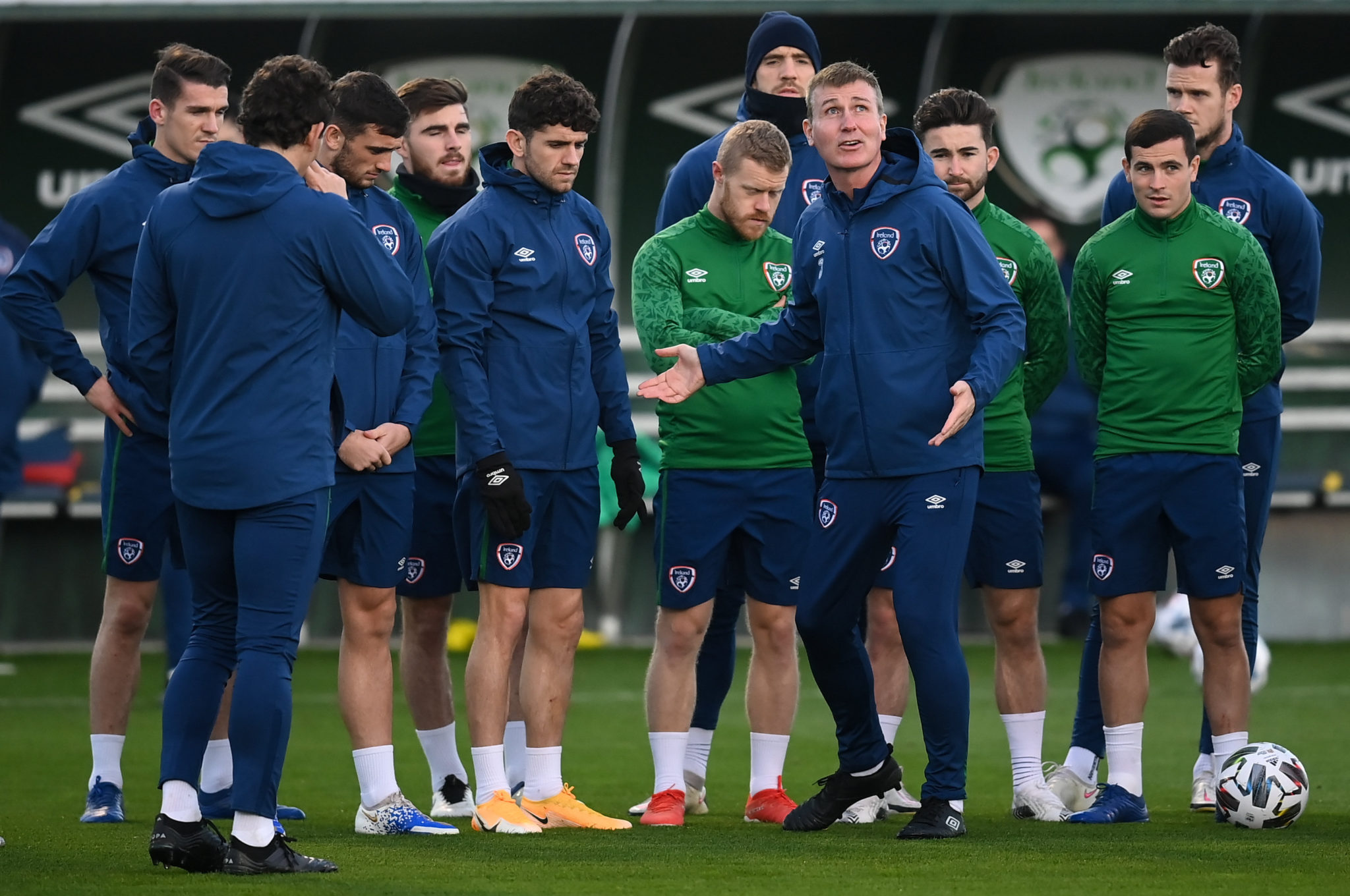 What makes the Irish manager disagreeable? Well, he wants to change a mindset that has been around for 30 years or more.

Although Ireland has always been regarded as a passionate footballing country that has frequently produced brilliant players, no Irish team played at a major tournament until 1988. A first experience at football's top table, how it came about changed the entire nation's thinking about football.

Jack Charlton, plenty disagreeable himself, concocted a game plan that might not be easy on the eye but would get Ireland results.

After Euro '88 came Italia '90 where Ireland would qualify for the quarter-final despite only scoring two goals; a scoring tally repeated four years later in USA '94.

Since then, Ireland have qualified for three major tournaments out of nine. Despite having players such as Roy Keane, Robbie Keane, Damien Duff, Shay Given and Richard Dunne - Ireland underachieved.

During this period, the organisation trusted to run Irish football had been undercut and mismanaged to an extraordinary extent by John Delaney, and the national league brushed aside as the ‘problem child’.

The result of this period has been what we’re seeing today. The players we were once producing for Manchester United, we’re now producing for Sheffield United and below.

Every Irish manager has been up against it. From a development stand-point, we have been hemorrhaging talent and the production line has slowed. Giovanni Trapattoni, Mick McCarthy and Martin O’Neill arrived with a conservative, old-school approach to the game; defensively solid, might nick a goal.

O’Neill is the best example of the three of how this can be successful, but even his results are somewhat of a false positive. In the 2016 European Championships in France, Ireland only qualified for the last-16 from a four-team group in third place - a new feature of the tournament to include more nations.

So, what does all this mean for Stephen Kenny exactly?

Well, he’s taking a different approach. One that has ruffled a few feathers of the old guard. The crowd that only cares about results and just ‘getting there’ is the most important thing.

Kenny sees it differently to them.

“It's not changing the DNA, but changing the way people think about the game," he has had, stressing that he did not mean to criticise Martin O'Neill or any previous Ireland managers.

"People want to come here (the Aviva), a packed stadium, and see a team really pass the ball well and really inspire them.

"Of course you have to be able to adapt, there's no question about that. But adapt does not mean that you just surrender possession and just hope that you can hold out."

Along with the work that FAI High-Performance Director Ruud Dokter has been doing at a grassroots level, Kenny set the wheels in motion with his work at the underage national structure.

Each team from the Under 16’s up, play with the same identity and ideals with a look to developing players for the senior team, who would also play a similar brand of football.

This isn’t to say Kenny is fixing every problem when it comes to Irish football. The league is still a mess and we’re still losing talent to GAA and beyond, but it’s a start. 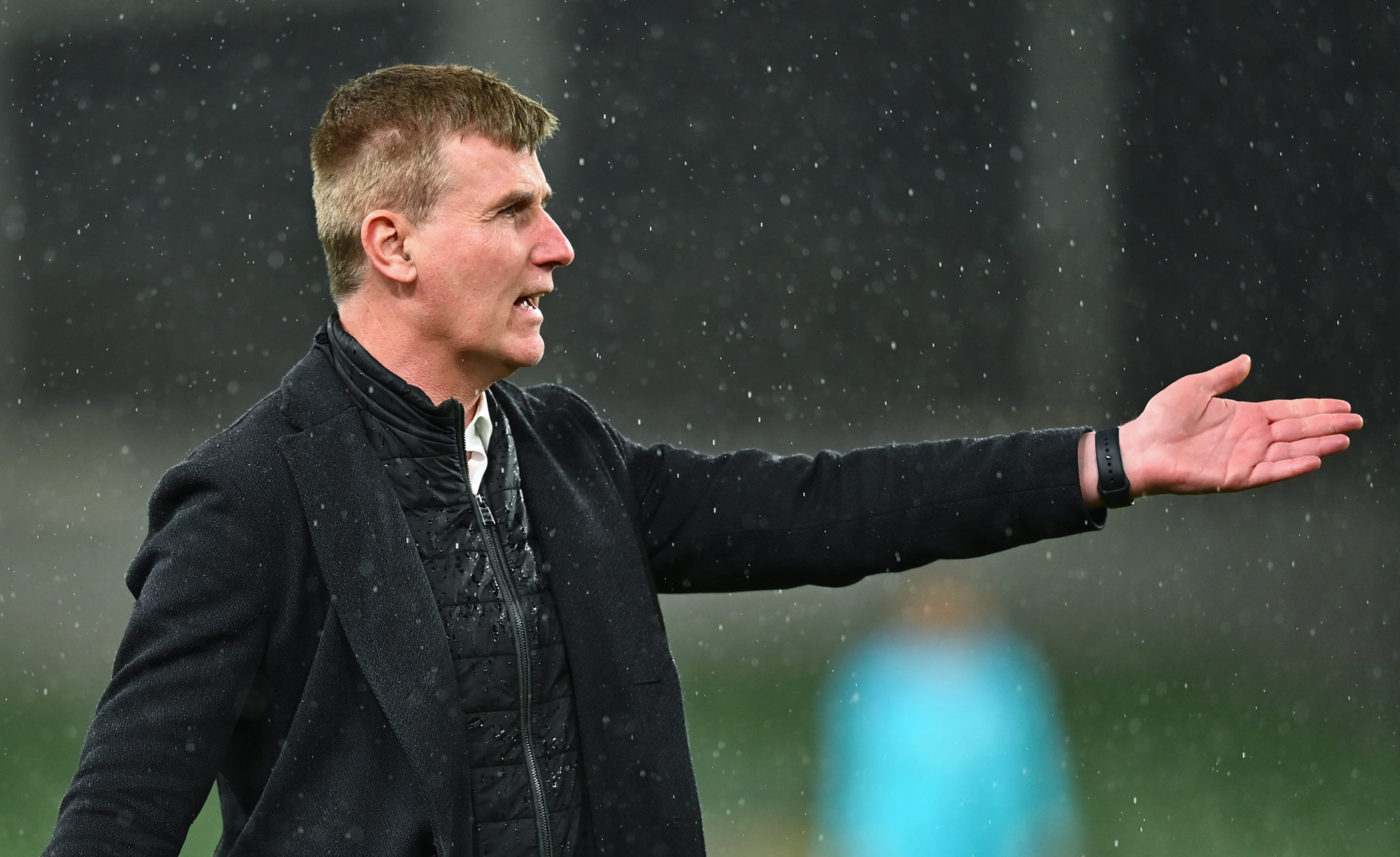 27 March 2021; Republic of Ireland manager Stephen Kenny during the closing stages of the match between Ireland and Luxembourg. Photo by Sportsfile

Saturday night's disastrous result against Luxembourg is the result of John Delaney's tenure as CEO of the FAI and that cannot be resolved during a 10-game spell in charge.

Look at Saturday's opponents, in fact. In 2005, they had similar issues to Ireland, albeit without the mismanagement of funds. Their domestic football was largely amateur and any half-decent player they produced went to neighbours France, Germany or Spain to play their football.

So, the first step was to professionalise their domestic game and making it attractive for players to stay in their home nation. This was done through various grants and scholarships to college and beyond. From 2006 to 2018, Luxembourg climbed over 100 places in the FIFA world rankings. Their manager Luc Holtz has been in charge of the team for 11 years.

Now compare their problems to ours and the key difference is the mindset. Because Luxembourg were forever the whipping boys, they were willing to sacrifice the time needed to for such a revolution.

That mindset is Stephen Kenny’s biggest enemy. Despite Ireland's limited success internationally, we believe that we are deserving to be there and the way to get there is through pragmatism.

The key difference between the pragmatic past and what Kenny is trying to achieve is that the prior can always point to the immediacy in which their approach can produce results, regardless of how it ends.

Mick McCarthy qualified for a World Cup and then it took ten years before we got to our next major tournament and finished bottom of our group. Martin O’Neill brought us to France and then spearheaded a disastrous World Cup qualification.

The outlook is, we got there, we enjoyed ourselves, forget about what comes next.

Stephen Kenny is not likely to lead Ireland to the World Cup in 2022, or maybe not even the Euros in 2024. This won't be good enough for many people. In all reality though, Kenny may not even be the man who takes us to a major tournament at all.

But while we pick up the pieces of the Delaney-era and attempt to put an infrastructure in place that will future-guard Irish football, the time for short-term fixes is over.

We need to see this thing through.