The French star's agent has publicly stated he is trying to find him a move out of Old Trafford this summer.

However, his Norwegian manager was full of praise for him when the conversation at a press conference in Perth inevitably turned to the World Cup winner.

"Paul is a fantastic player, a fantastic human being, always been a great professional," the Norwegian said.

"I've had a great relationship with him. Of course, I had him in the reserves a few years back.
"And I said, 'If he's in your squad, you'd build a team around him' - and, of course, I haven't changed that much since then, so I would say the same now."

The United boss was also adamant that he's not annoyed by any of the talk around Pogba's immediate future with the club.

“I’ve not been upset by anything he’s said because we’ve had many conversations and I know exactly what Paul is thinking. I can give him a new challenge."

Pogba is United's £89m record signing, but no club has yet come close to their £160m valuation of him. 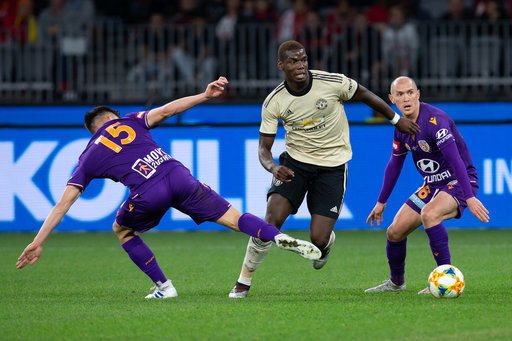 United take on Leeds United in a pre-season friendly at noon today (Wednesday) at the Optus Stadium in Perth.

After that, they will travel to Singapore to take on Inter Milan in the International Champions Cup (a club very strongly linked with United's Belgian striker Romelu Lukaku), before taking on Tottenham Hotspur in the same tournament in Shanghai.

Meanwhile, Solskjaer has also said that Chilean striker Alexis Sanchez could play a massive role at the club next season.

The forward has endured a difficult time at Old Trafford since arriving from Arsenal in January last year.

Sanchez scored just one league goal last season, but his manager has said he has confidence in his abilities.

£500,000 per week Sanchez is currently on holiday after his involvement in the Copa America, and Solskjaer says he will do everything he can to help him get back to the form he is capable of.

“I will have to help,” he said. “But you can’t spoon feed them. They’ve got to come in and grab their chances. Alexis is quality and he showed it in Copa America. Then he got his injury. I don’t think it’s too bad so I’m hoping he will be available for maybe Kristiansund [on July 30] or AC Milan [four days later] so he will at least get some football before the season starts.”