Former Arsenal and England defender Sol Campbell explained his determination to succeed in football management despite the challenges that block his path as an aspiring black coach.

Almost a decade has passed since Sol Campbell retired from playing and focused his attention on football management.

From the outset, the former Arsenal and England defender acknowledged the likelihood that his progress as a young black manager would be hampered by an institutional racism pervasive within football.

With his coaching badges earned and a highly successful playing career behind him, the 46-year-old has so far had two managerial roles.

That Macclesfield Town were wound up in the High Court over unpaid debts this week, and Southend United are contending with similar financial difficulties at the foot of the Football League, both jobs have required a greater degree of fire-fighting from Campbell than anything else.

"The first two jobs I had were very difficult," he admits, speaking at OTB Sports' Cadbury FC remote roadshow. "But I've done my time trying to save clubs and I don't want that anymore. I deserve more.

"When you've got a passion for the game though, it is really difficult to just wait patiently for the right job. It is very, very hard. You almost have to go within yourself and not allow the rage to overflow that you're not involved in the game."

Although he remains fervent in his desire to get a proper chance at management, Campbell is more than a little disheartened that the prospect of equal opportunity remains so distant a reality.

Across England's 92 professional clubs as a whole, BAME coaches remain few and far between. For the few who have a role in football management and the many more looking for a way in, Campbell believes that there is an immense pressure that comes with this minority status.

"You're between a rock and a hard place," he explains. "If you do speak out you could scare off people who potentially might hire you. On the other hand, you almost have to speak out because the situation is awful when you look at the numbers.

"When you look down then from the manager to the coaches, the fitness guys, the doctors, all the way down into a club, it is scary how underrepresented black people are.

"It isn't just the top jobs, it is below that as well and we need to be mindful of that." 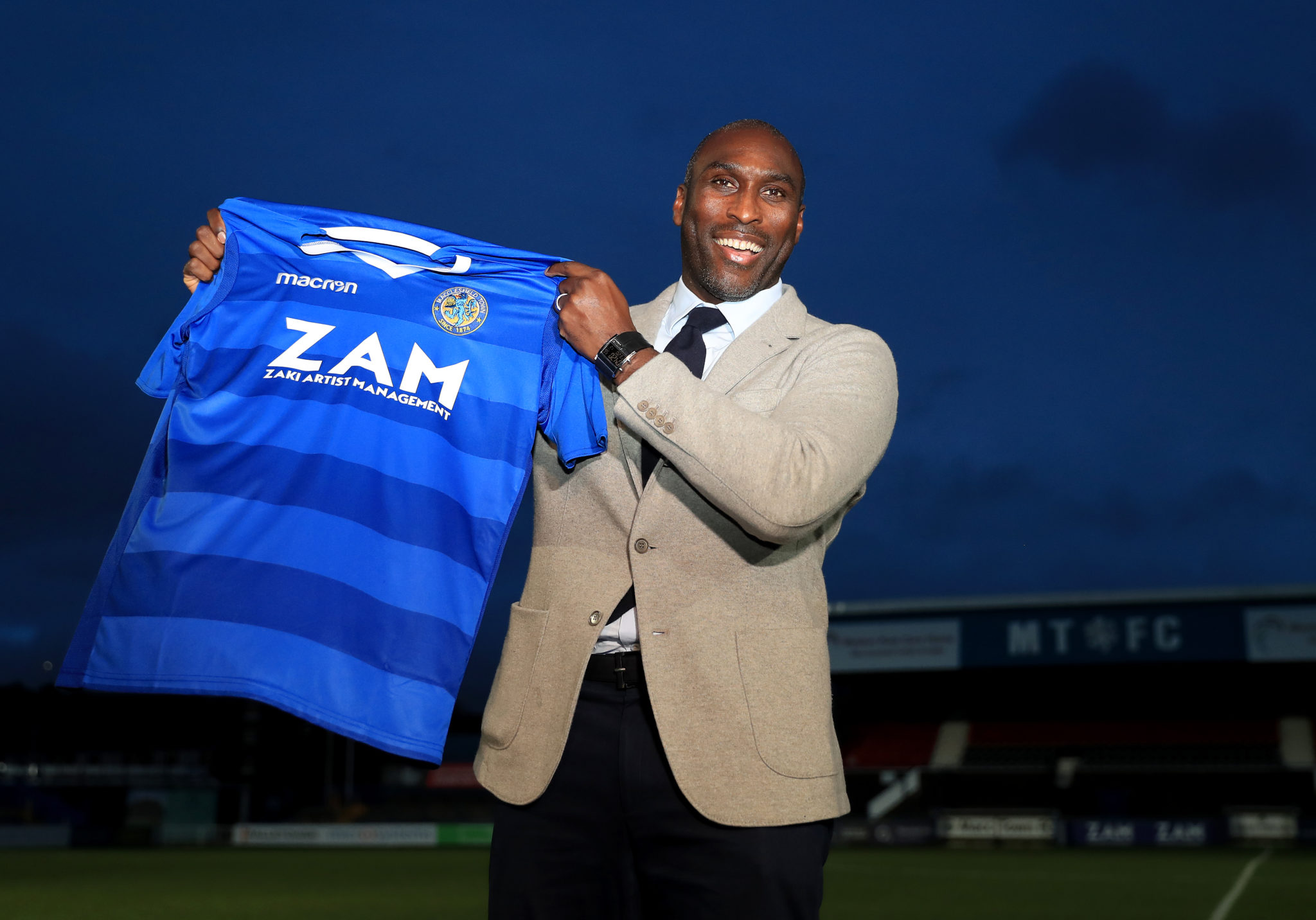 An England international who represented his country at a record-breaking six successive major tournaments, Campbell's opportunities have paled in comparison to a number of his former teammates similarly taking their first steps in management.

Furthermore, he is struck by the sheer number of managers who are repeatedly given jobs in spite of what they have shown themselves to be capable of achieving.

"We need to open up and allow someone like me to build my career," he states of the extremely limited chances afforded to aspiring black coaches.

"I've seen guys build a career in management and win nothing. They've been to four, five, six, seven, eight, nine clubs and just gone sideways. Give me 10 decent clubs and if it doesn't work for me, then that's fine.

"But [clubs have] allowed someone - several people, really - to build careers on nothing and they're still OK. Give me and people like me the right platform and environment to go on. Give me a proper chance."

"There's a lot of talk, people are talking and that's good, but this issue needs to really come into the foreground and move forward. This is about jobs, opportunities and giving people a chance to show what they can do."

In the aftermath of George Floyd's death at the knee of a white police officer, Dr Harry Edwards, a US civil rights activist, explained to Off The Ball why it would be first necessary for white Americans to address the country's systemic racism before meaningful change could occur.

"The problem is in white communities and they've been extremely reluctant to get rid of the problem because it so deeply connected to their sense of white supremacy," he asserted, "their security and their privileges.

"Until you begin to get people in the white community talking about the pain in the communities of people of colour, the problem will persist."

In a similar sense, achieving some semblance of equality for BAME coaches in football will require the determination of those currently in possession of power.