"The crowd were shouting these monkey chants - it was awful"

Former Shelbourne footballer Stuart Byrne recounted an incident from a 2005 Champions League qualifier whereby two of his teammates were subjected to racist abuse from the stands on Thursday's OTB AM.

In the aftermath of George Floyd's killing in the US city of Minneapolis, questions regarding our collective response to racism are being asked once more.

From the egregious treatment of Floyd by a white American police officer to everyday instances of racism closer to home, it has given many people cause to reevaluate and revisit moments where they encountered racism first-hand.

For Stuart Byrne, the former Shelbourne footballer who discussed the release of his debut album Maybe Not Today on Thursday's OTB AM, a 2005 Champions League qualifier in the Romanian city of Bucharest remains vivid for the hatred espoused throughout.

"I had a difficult experience there," he remarked, "but I can't even imagine then what it was like for Joseph N'Do and Curtis Fleming."

Two teammates of Byrne's who were roundly abused because of their skin colour, the Dublin native recalled how the events played out on the night. 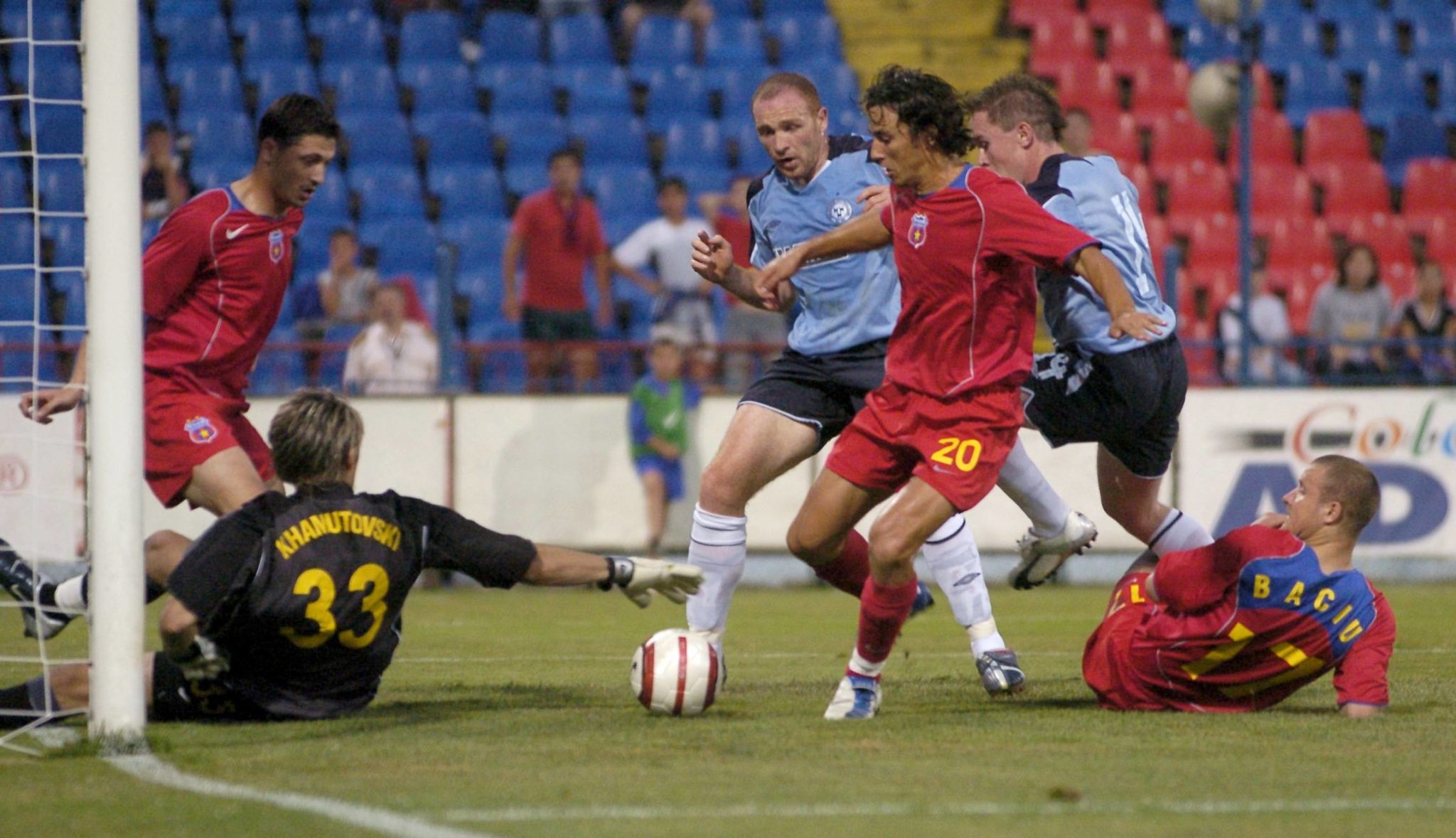 "Joseph and Curtis were basically booed for the whole game," he explained. "The crowd were shouting these monkey chants at them and it was just awful, absolutely awful.

"When it was happening at the time though, you don't know what to do. You're just completely confused and you hope maybe that the officials will step in or even that the hierarchy within Steaua Bucharest could have done something.

"Nothing was ever done though and in subsequent years, when I went to play Bucharest again with St. Patrick's Athletic in 2009, the game was played in an empty stadium over there because fans had been banned for the exact same offence."

In the aftermath of that 2005 clash against Shelbourne, Steaua Bucharest were fined €16,500 for the behaviour of their fans.

"I don't know what happened in the dressing-room after the game," he recalled of the Shelbourne squad's reaction to the abuse on the night in question, "because I was taken away with Jason Byrne for a drugs test.

"I know we discussed it on the bus and in the hotel afterwards, but I do believe the guys were extremely upset. I can't pretend to know what that feels like, but it was very, very difficult for them."

Alongside the presence of racism within football grounds both abroad and at home, Byrne was dismayed by the general cruelty that continues to be directed at players by fans.

Within the context of racism, however, Byrne is adamant that examples of what he witnessed as a player in Bucharest can be found to a certain degree in the League of Ireland still.

"I think the educational side of it is huge," he remarked of the wider task of stopping such behaviour carrying on, "because they way these people think is just beyond comprehension.

"There has to be a punishment element, but whether that should involve an educational element too, that could be important. It is one of the biggest tasks we have in football though."

You can watch back Stuart Byrne's interview on Thursday's OTB AM here.

"No strings attached" | Pochettino's PSG appointment is a low-risk affair