Be it with Everton or the Republic of Ireland, Seamus Coleman appears subject to the kind of queries he has hitherto escaped throughout his career.

Deemed temporarily (at least) unnecessary by Marco Silva at the Premier League club, Coleman's international future, if not quite under threat in terms of his starting place, has come under closer inspection with the rise of fellow right-back Matt Doherty.

Whereas certain analysts have suggested that time (and the consequences of Coleman's horrific leg-break) are simply catching up with the Donegal native, John Giles is bemused by the notion that Coleman has suffered any kind of drop-off in form.

"I saw Everton a few times, and I thought [Coleman] was back to his very best," Giles stated on Off the Ball this evening.

"He's certainly one of their best players, and I really can't make it out [why he isn't starting]." 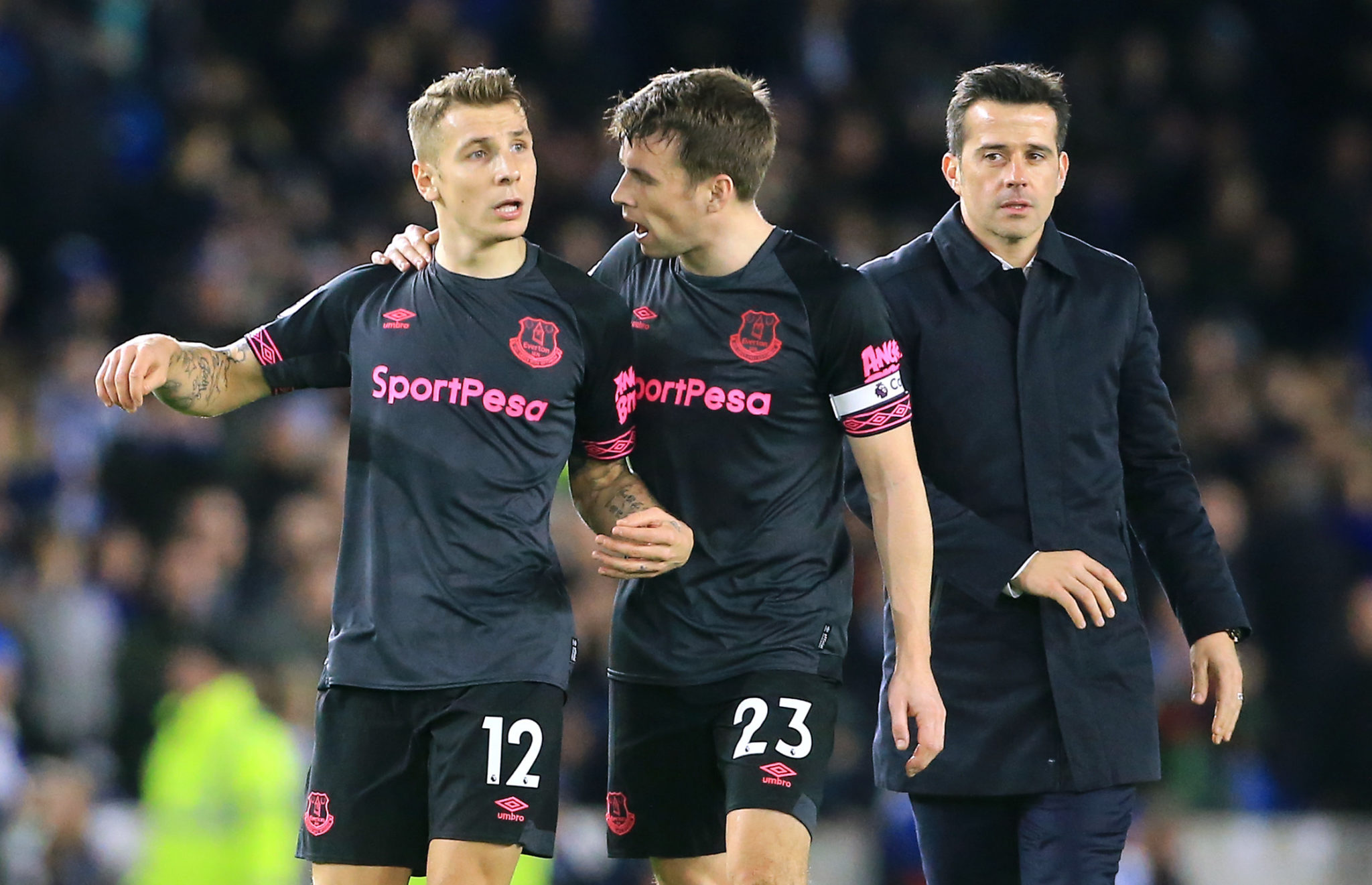 Having arrived at Everton from Sligo Rovers ten-years-ago, whereas it was once assumed that Seamus Coleman would eventually make the move into one of the Premier League's elite, many suspect that chance may have now passed him by.

However, with the current uncertainty surrounding his place in the Everton set-up, Giles is under the impression that such a move may yet materialise.

"I'd say Manchester United will be looking at that situation," Giles stated.

"Usually when you see a player coming back from as bad an injury as he had, [they're] a bit nervous going into tackles, but I don't see that at all with Coleman.

"I think he really, really is back to his best and I couldn't understand why he's not in the team."

On the question of his involvement in Mick McCarthy's Republic of Ireland team, Giles firmly believes that it is the newcomer Doherty who will have to play around a position that is firmly belonging to Coleman, as things stand.

WATCH: Catch up on all of tonight's Premier League goals