Outstanding or abysmal? Contrasting views of Seamus Coleman vs Georgia

One of his greatest performances in an Irish jersey, or a demonstration of his waning capabilities? Nathan Murphy and Adrian Barry offered contrasting views of Seamus Coleman's most recent performance for the Republic of Ireland on Friday's OTB AM.

Continuing where he left off under Martin O'Neill, the Everton man has thus far been chosen to remain Ireland's captain and, crucially, the starting right-back under Mick McCarthy.

In what was generally considered to be an improvement on Ireland's opening performance in Gibraltar, Tuesday night's 1-0 defeat of Georgia culminated in a resounding sense that all players had performed reasonably well.

According to Off the Ball's own player-ratings, Coleman, along with five of his teammates managed to score 7 or higher; Duffy, Stevens, Whelan, Brady and McClean all recording a 6/10 for their efforts on the night. 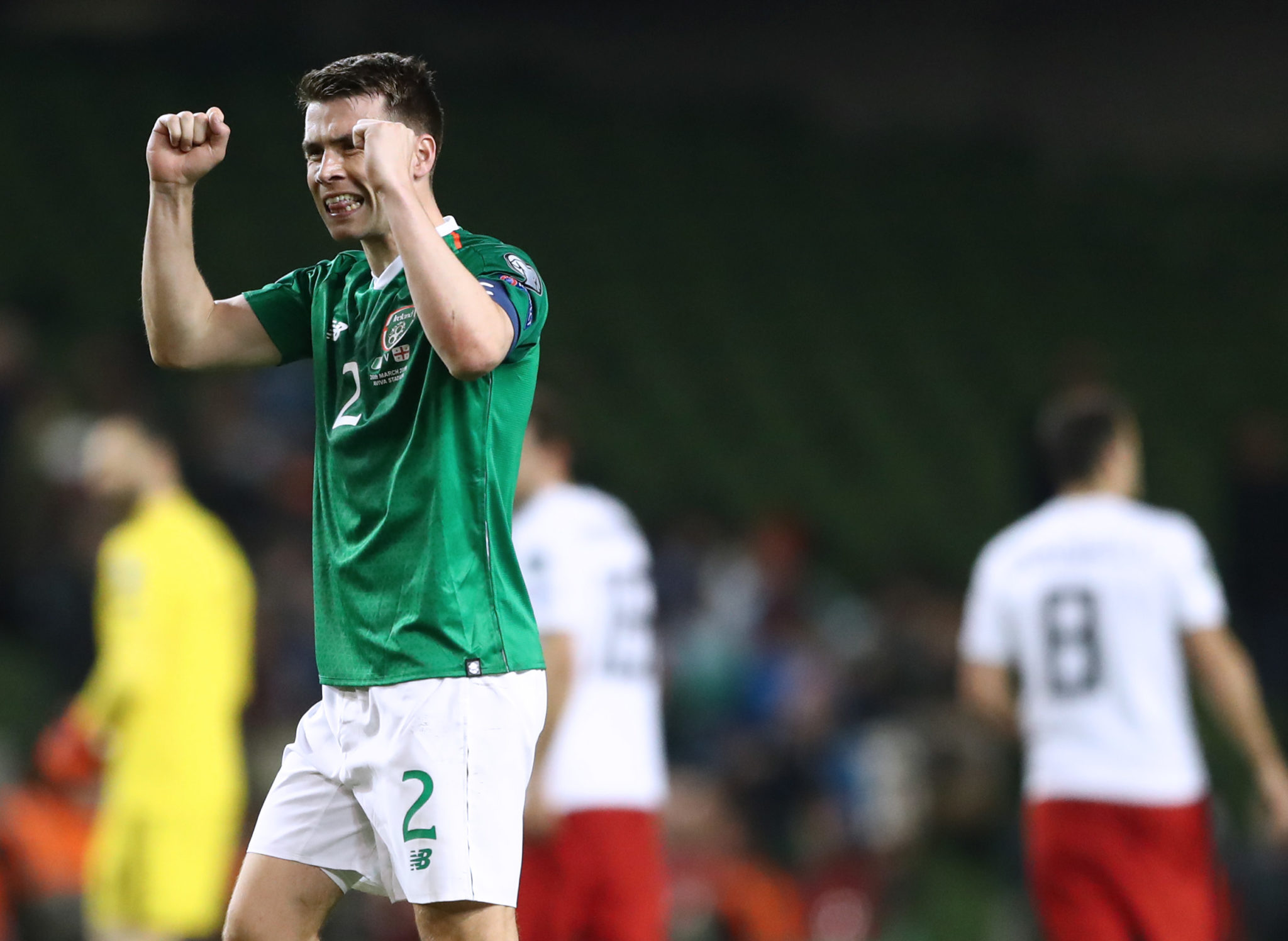 However, such generosity was not forthcoming from Adrian Barry on Friday morning's show.

"I've watched this game back for the purposes of research," Adrian explained, "looking specifically at Seamus Coleman."

"I went through every single involvement that Seamus Coleman had over the course of the game - there were forty-nine of them, to my reckoning.

Getting the chance to explain his parameters, Adrian came to the conclusion that Coleman's performance warranted a rating of 4.5/10.

"He's struggled to replicate his best Everton form in a green jersey, but I thought he was very strong on Tuesday night," Nathan Murphy countered.

"He constantly provided an outlet up the right-hand side, was calm when he got the ball ... and I think he did very, very little wrong."

The basis for a debate/argument that makes for fascinating and occasionally hilarious viewing, watch it back above or here.