Only Jadon Sancho should be kept in Manchester United's rebuild

Jadon Sancho is the only player in Manchester United's squad who could be part of a consistent contender in the future.

Only Jadon Sancho should be kept in Manchester United's rebuild

Manchester United must keep Jadon Sancho in their long-term rebuild. Everybody else is expendable.

Manchester United fans are where Liverpool fans were for 20+ years until recently.

False dawns, stops and starts, arriving hope that dissipates in an instant. Liverpool won some trophies and cycled through different managers, but it wasn't until Jurgen Klopp took over that they reclaimed their spot as one of the best teams in the world. Manchester United are where Liverpool were under Rafa Benitez or Brendan Rodgers.

Liverpool fans clung to sporadic successes as evidence of progress during those regimes. Finishing second. Somehow winning the Champions League with Vladimir Smicer, Djimi Traore and Harry Kewell. Manchester United fans and analysts do the same thing now with their second place finish under Solskjaer and those surprise wins against Manchester City.

The reality is United are still in the doldrums of the post-Alex Ferguson downturn.

Finding the next great manager won't instantly turn things around. And that's assuming they can find the next great manager instead of another dud. Or at least find a manager they can stick with long enough to craft an identity that will allow for sustained success. Who knows what would have happened if David Moyes got that time.

A new manager is a starting point rather than a reset button. Thomas Tuchel turned Chelsea around quickly, but that's because he inherited and bolstered a high-end squad. Manchester United's rebuild is closer to Liverpool's when Klopp took over.

You had the likes of Kolo Toure on the bench.

Manchester United's current squad is very similar to that Liverpool squad and squads that preceded it. Klopp didn't come in and fix things instantly. He rebuilt the squad in phases with smart signings and patient development of young players. Patience is hard to entertain when your opinion of yourself is higher than it should be. Manchester United not only have to reckon with finding a new manager, they also have to understand how long it's going to take to rebuild the squad.

And the first thing to do is to figure out which players are worth keeping. Klopp retained the likes of Jordan Henderson and James Milner from his original squad, but he was decisive in moving on from failed signings.

Manchester United's next manager will need to balance between rebuilding the squad and retaining players who allow him to win games. They won't be challenging for the title any time soon, but they will hope to be in the fourth Champions League spot next season.

That will keep the likes of Fred, Raphael Varane and Luke Shaw in the squad. But there's more to be gained by letting go of the likes of Harry Maguire and Cristiano Ronaldo immediately. Ronaldo's lack of pace was a major hindrance against Atletico. Maguire is a constant liability. Both of them combined define and overshadow the larger landscape of the squad.

With Maguire, the club captain, and Ronaldo, there is no space for leaders to develop. Removing them both allows the squad to redirect and work towards creating a new identity.

Manchester United need at least two years of a rebuild before they can contend. So let's consider the squad in this context. Who should still be in it two years from now: 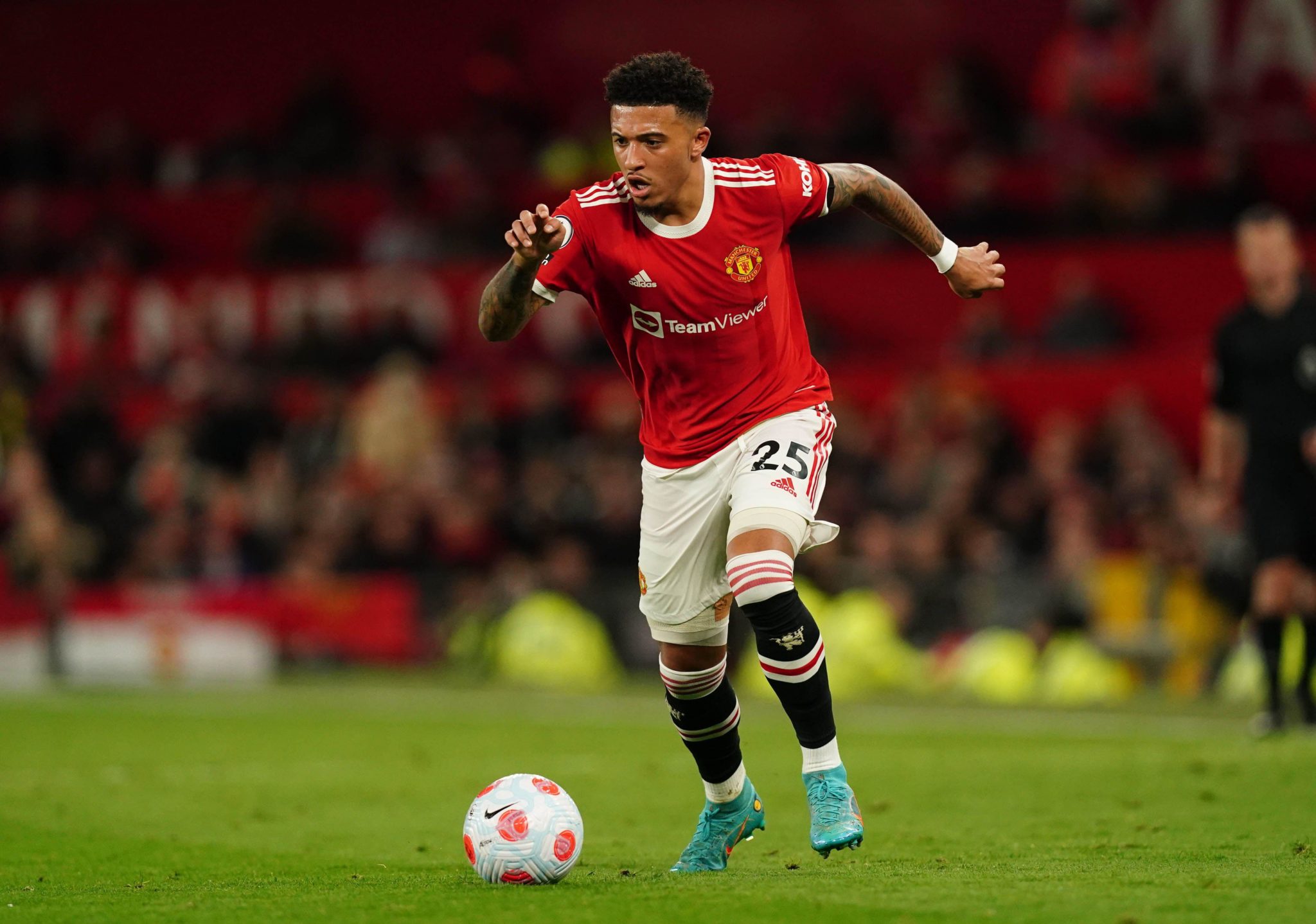 Jadon Sancho clearly hasn't lived up to expectations so far. But he's in his first season, he started the year injured and took a long time to get a consistent run in the team. Under Ole Gunnar Solskjaer it appeared that he received very little direction. Since Ralf Rangnick has taken over, Sancho has shown improved form.

He's nowhere near the superstar talent he promised to be, but he's also still just 21 years of age. Sancho should start now and remain a starter over the coming years. If he continues to develop, he could eventually justify that price tag.

At the very least, he should be a strong squad player for Manchester United when he's 23 years old.

Bruno Fernandes is the most intriguing Manchester United player. Fernandes is a world class talent. But he is in Cristiano Ronaldo's shadow now. With Ronaldo starting upfront, Fernandes has less and less space to work in. He has fewer options because his lead striker isn't running the channels. It's cramped the final third of the field.

Once Ronaldo leaves, it will be up to Fernandes to prove his quality once again. It's not long ago that he was a relentless workhorse and the the technically brilliant focal point of an impressive attack. If he reclaims that form post-Ronaldo, then he's a definite starter and squad player.

Scott McTominay is a proven squad player. He won't be a starter in an ideal world two years from now but he will regularly contribute. Luke Shaw is only 26. He should be in his prime years over the coming seasons. He has a lot of talent but is also inconsistent so whether he's a regular starter or not moving forward is unclear. At worst he's a good backup.

De Gea will be 33. Depending on how he ages, he could be a high-end starter or he could be on his way out. It's hard to tell considering the path of his career to this point.

Varane is a solid center back but will be 30 in two years. He wouldn't start for Liverpool or Manchester City right now. He has durability concerns and Real Madrid improved their center back pairing by letting him go. He's a third choice center back in a top-tier team.

Anthony Elanga works hard and takes instruction well. He's 19 years of age so that's a positive sign for his development. But his quality of performance is also overstated because of the circumstance he's arrived to senior football in. Elanga might develop into a quality squad player, but so far he doesn't appear to be anything particularly special.

The only reason Elanga has featured as much as he has is because of Marcus Rashford's implosion.

Rashford gave the ball away against Atletico late on when he had a simple pass in space on the right wing. There was a defender between him and his intended target but it was a simple slide-rule pass into space. He kicked the ball straight at the defender then reacted with surprise that he was there. That's the kind of play that has overtaken Rashford.

His confidence is completely shot. His work rate has dropped off inexplicably. Rashford is 24 and maybe this is just a malaise he has to go through and come out the other side of. Maybe it's a sign of what he's going to develop into over the long-term. While it's frustrating watching him play the way he has, it also has to be reconciled with the level of talent he has.

You can't completely write him off just yet. He can rebound, although he probably needs a fresh start elsewhere to do so.

Fred is a fine squad player who shouldn't start every game the way he does now. But he's also 29. In two years he'll be the wrong side of 30 and redundant with McTominay still in the squad. Diogo Dalot needs to develop better awareness in defence, but for some reason he's never been given the benefit of the doubt as a young defender. Dalot is 22 and offers more promise than Aaron Wan-Bissaka.

Pogba appears to have one foot out the door, Maguire needs to drop a level to be effective and Ronaldo is near retirement. Wan-Bissaka came with promise but never developed. He needs to be moved out so Manchester United can develop his replacement.

Nemanja Matic is slow and old. He can still be effective situationally but he's taking development opportunities on the field from players with higher upside.

This is the best Liverpool team under Klopp