In a sit-down interview with former teammate Rio Ferdinand, Ruud van Nistelrooy addressed what part his relationship with Cristiano Ronaldo played in his Manchester United exit.

Departing the club in 2006 under a cloud, the Dutch striker had infamously fallen out with manager Alex Ferguson in the months building up to his summer exit.

Acutely unhappy with playing no part in that season's League Cup final, it was also reported at the time and since that van Nistelrooy endured a complicated relationship with the then 21-year-old Ronaldo.

"I know that I was wrong in that situation," he explained to Rio Ferdinand in an interview you can watch fully here, recounting his general relationship with the Portuguese.

"Immediately, I walked into the dressing room and I sat next to him and apologised for my behaviour." 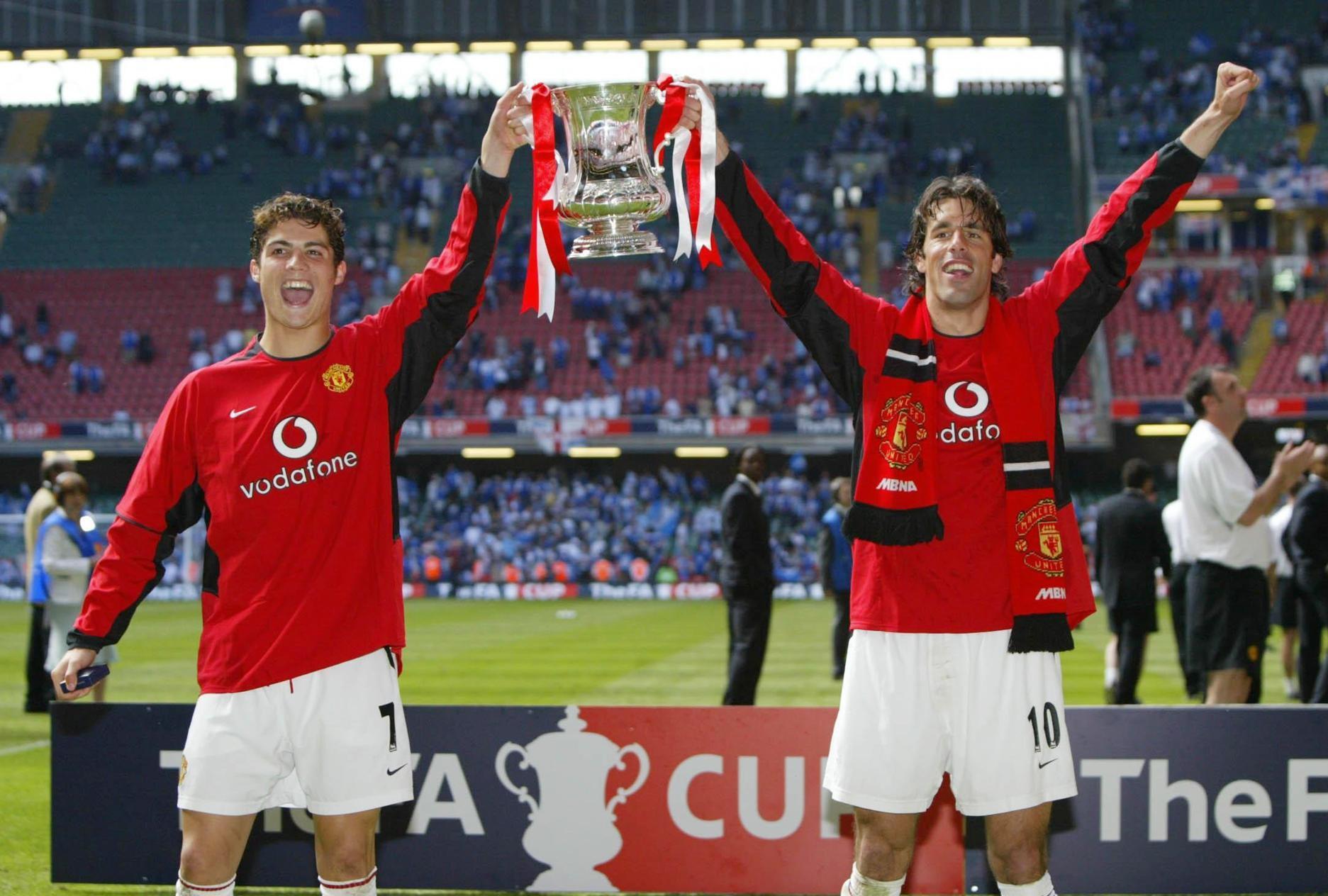 Manchester United's goal scorers Cristiano Ronaldo and Ruud van Nistelrooy lift the trophy at the end of the FA Cup Final against Millwall at the Millennium Stadium, Cardiff Saturday May 22 2004

Although he insists that there is no ill-will between him and his former teammate at Manchester United and Real Madrid, the Dutchman also recalled his exit from the English club.

"Things happened," he said, "and I felt that with the interest of Madrid... I started to change my mind.

"I had signed a new deal and committed myself for a longer to United but I have to say that Real Madrid changed my mind in the end."

Questioned on reports that he had a clause in his Manchester United contract that would allow him speak to Real Madrid if they were interested, van Nistelrooy confirmed that this was in fact true.

"It is a very hard decision to leave a club like United," he admitted, "and the five years that I had were amazing.

"A new club, a new country and a new start [though], I felt I needed a new start [because] I wasn't performing in my fourth and fifth year [at United] like I could."

He similarly clarified where his relationship with manager Alex Ferguson now stands after their falling out shortly before his departure.

"There are things I should have done differently," he explained, alluding toward his determination to leave the club to pursue the move to Spain.

"I was happy to give him a call [to discuss these issues years later] ... and it was quite funny because I rang him, 'Hey gaffer, it is Ruud.' He just says, 'Yeah?'

"It was up to me then, I'm calling him, what's it for? I started talking and reflecting on the time and in the end he said thanks for calling."