Paul Gascoigne to Roy Keane: 'Welcome to your worst nightmare'

Paul Gascoigne recalls the first moment he encountered Roy Keane on a football field and how he went about getting inside the young Irishman's head.

After the heights - and ultimate disappointment - of Italia '90, Paul Gascoigne believes that the 1990/91 season that followed saw him play at his absolute peak.

What would be his final season with Tottenham Hotspur before joining Lazio in Italy's Serie A, Gascoigne has explained how he took great pleasure in keeping one up-and-comer from Ireland in check.

"They were saying Roy Keane was the new kid on the block," he recalled of a clash between Spurs and Keane's Nottingham Forest.

"In the tunnel, I went to Keane, 'Welcome to your worst nightmare'." 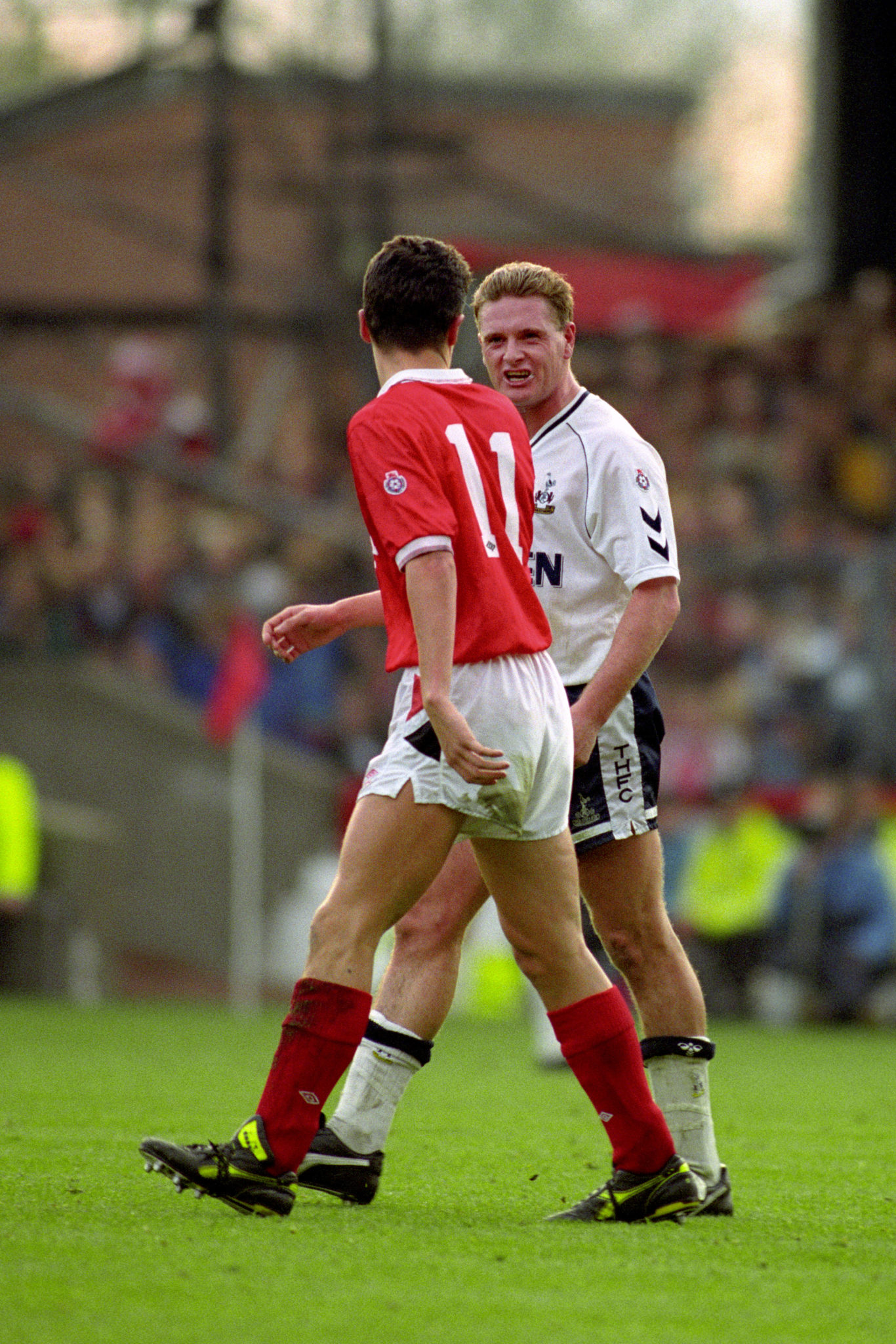 Around four years Keane's senior, Gascoigne recalled how he went about making the Cork native's life very difficult during their First Division encounter.

For the young Roy Keane, it was a chastening experience.

"He went to the newspapers afterwards, 'Thank God that game's over, I've never been talked to so much in my life'," recalled Gascoigne.

However, in one or two cases things did not pan out as well as they did for even the exhausted Keane.

"One guy came face to face for an argument," Gazza explained of another encounter, "so I grabbed him and gave him the biggest kiss.

"That ruined the rest of his game. The fans were laughing at him."