John Giles has spoken in glowing terms of the ability and personality of Roy Keane, as Giles picked his all-time Republic of Ireland XI.

Giles picked the Cork native in central midfield, in a three that had Ronnie Whelan and Liam Brady alongside him.

While there was no room for Giles himself in the side, he has said that Keane had a unique set of skills that set him apart from other contenders. 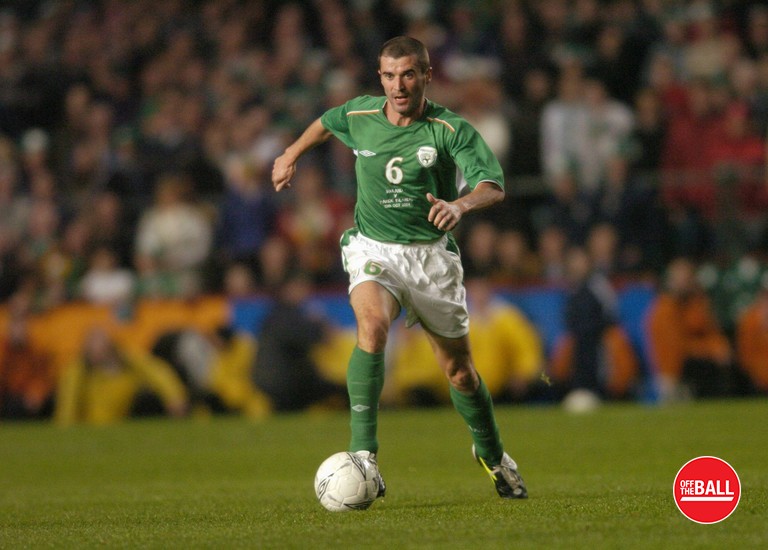 As for whether the incident in Saipan counted against Keane's inclusion, Giles was emphatic.

"No, I don't it tarnishes Roy Keane as a player in any way. It was an unfortunate thing that happened and we are better off not talking about it because there is so much more to Roy Keane!

"I have always said that if I was in trouble, in a war, I would want Roy Keane beside me.

"One of the biggest compliments that I can pay him is that he was at his best when his team-mates needed him the most.

"In other words, if you were winning 3-0 then Roy Keane could go off the pitch. But if you were losing 1-0 or 2-0 with 15 or 20 minutes to go, then he was the man who was going to drive it on for Manchester United and Ireland.

"That is the temperament and the personality that he had."

As for the other facets of that personality, Giles highlighted one aspect in particular that set Keane apart from his contemporaries.

"When I hear them talking after a match, and they have had a great game, they will concentrate on the two or three things that they didn't do well.

"I never saw Roy Keane when he was satisfied with himself, on the pitch - and that is his temperament as well.

"There were times where he could have been kinder to his teammates, but not very often.

"If I needed someone beside me in a hard match, with people getting stuck in - I would want Roy Keane beside me."