Former Republic of Ireland international Jason McAteer has reflected on his occasionally fraught ...

Former Republic of Ireland international Jason McAteer has reflected on his occasionally fraught relationship with Roy Keane and where the two differed with respect to their outlook.

Two Irish internationals on opposing sides of the Liverpool and Manchester United divide in the 1990s, Jason McAteer regarded Roy Keane as a rival to be stopped more often than not.

Yet, as he explained while talking to Graham Hunter on his Big Interview podcast this week, McAteer saw much of himself in how Keane approached the game.

At odds on frequent occasions throughout the years, he nevertheless regarded the Manchester United captain as someone he ultimately understood and respected.

It's @McAteer4 day on @GHpodcast!

Part 2: From Kaka to Keane

As he recalled his joyful experience playing for the Republic of Ireland under Jack Charlton and Mick McCarthy, however, McAteer explored the fundamental outlook that set Roy Keane and him apart.

"We used to stay in the airport hotel in Dublin," McAteer recalled, setting the scene for how the Ireland set-up operated throughout this period. "It was like a home from home but it wasn't glamorous. It wasn't the Ritz, put it that way.

"We used to train on a muddy pitch out by the airport and when Jack would name the team or try and give us some tactics, the 11:15 from Liverpool would be coming into Dublin about 40 ft above your head! You couldn't hear who was playing or what was going on.

"England would be swanning around in the latest tracksuits that looked a million dollars [but] we would get the shit they didn't even want to wear.

"The way I used to look at it, I thought that that was what made us who we are." 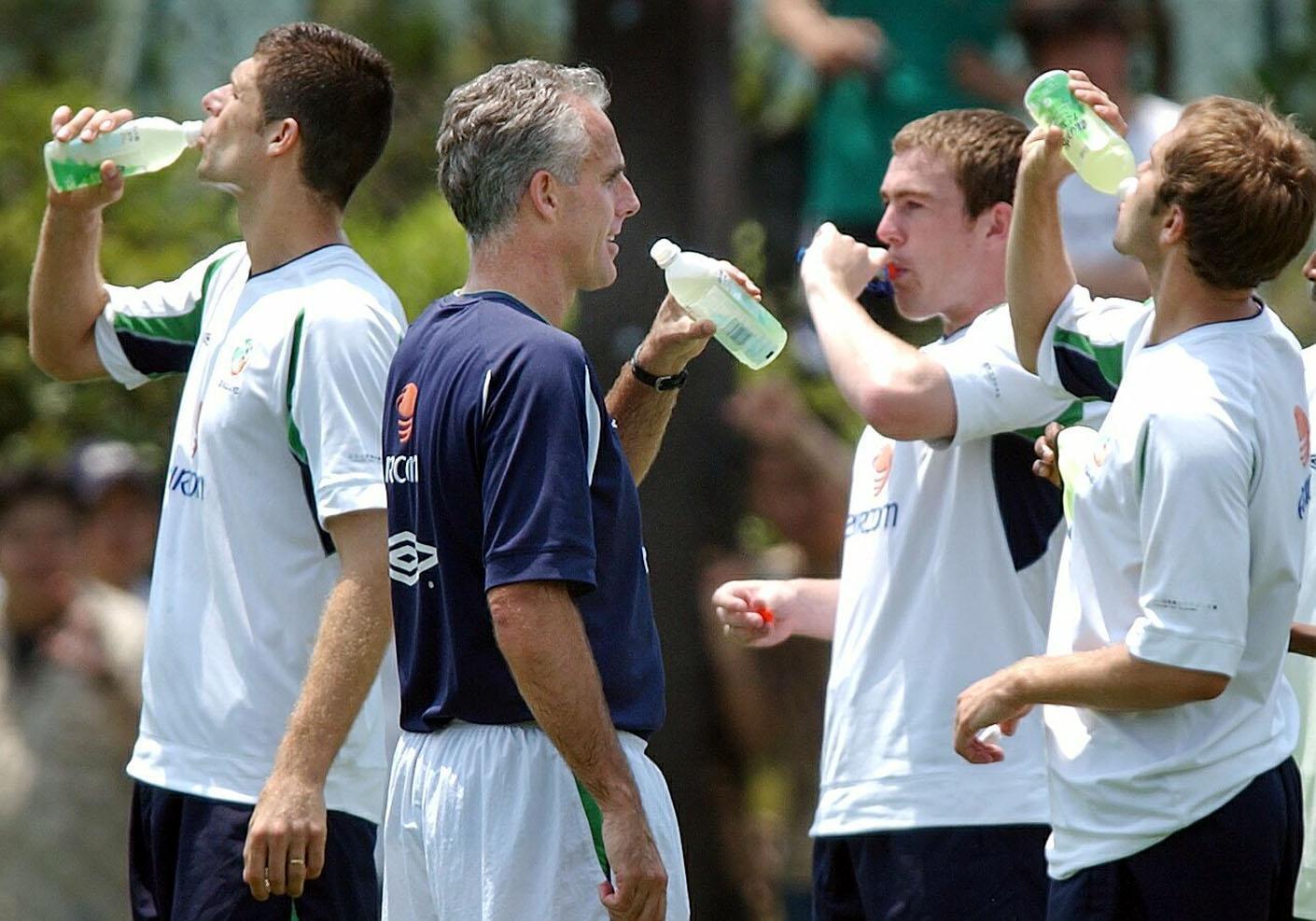 As far as McAteer was concerned, the shoddy conditions contributed to a greater sense of camaraderie and spirit among the players.

"That's who we are and where we differ is that Roy hated that. He wanted to do everything right in that sense. I disagreed with him."

Infamously, the issue reached a climax when ahead of the 2002 World Cup Roy Keane departed Ireland's training base in Saipan and did not return to play at the tournament.

Although McAteer conceded that the preparation could have been to a better standard, he firmly believes that the situation was a reflection of how Ireland traditionally operated: "We weren't Manchester United."