Comedian, presented, actor and impressionist Mario Rosenstock joined Off The Ball this afternoon. His 00's Celtic top immediately caught our attention, it was a gift from none other than Irish football legend Roy Keane.

"The thing that came across to me more about Roy Keane than anything else, is how aware he is of show business. He really 'gets it' - he is a performer. He's sharp, bright, whip-smart and quick off the mark. He gets showbiz," Mario told OTB. 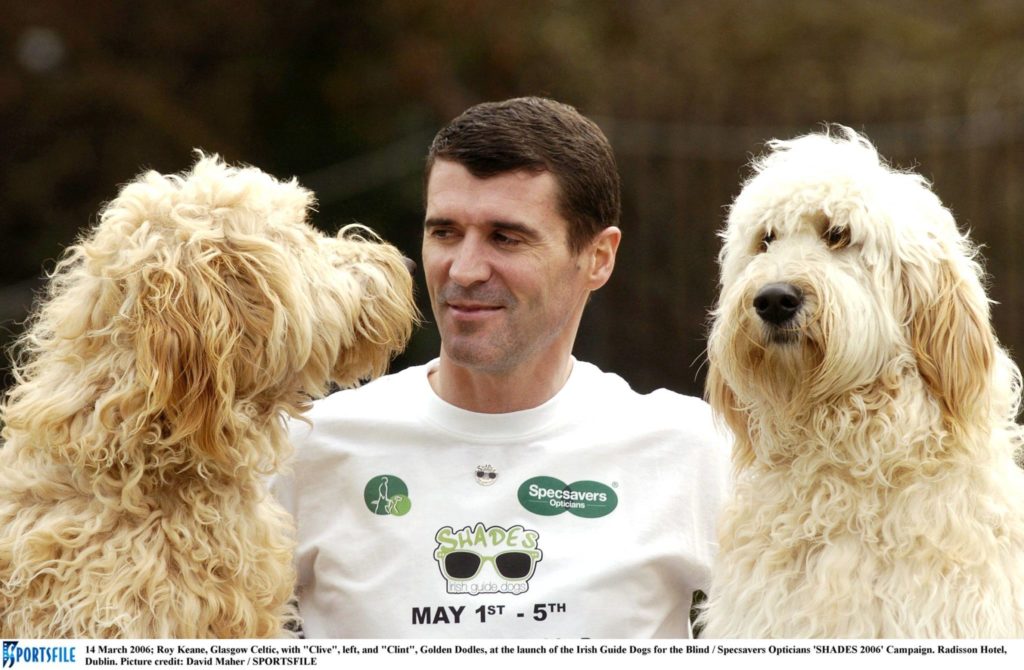 He clarified that he's not suggesting that his public appearances are 'contrived,' but that he just has an intuitive mastery of public performance:

"He gets the playing-field of show business, as much as he got the playing field of football," Mr Rosenstock continued.

To explain what he means, the comedian invited OTB listeners to revisit his iconic (and intense) sit down with our own Kevin Kilbane for Football Focus, during the press tour for the launch of his second autobiography.

"He's got these manic wide eyes. Kevin Kilbane is just trying to ask him a question, Roy goes on a 10-minute 'performance'... The beard is flying all over the place - and the eyes. He knows damn-well that it's the BBC and he's on Football Focus, and that people will be going, 'Look at Keaneo - he's gone mad!'"

"It's his sense of self-awareness that I think is interesting, his self-knowledge. The fact that he understands the effect that he's having on other people around him that I think makes Keane very interesting," the Today FM impressionist continued.

He recalled his initial encounter with Roy Keane:

"Keane has a ferocious command of his own presence. It's only when I first met him that I realised that his eyes are kind of a hazely-green. When he shook my hand, he squeezed my hand. It hurt.

"His hands were slim and boney - with an extremely strong grip. He looked straight through you - into your eyes as if to go, 'Don't mess with me today... And if you do, I'll do you.'"

Mario Rosenstock spent an hour talking sport with John Duggan and discussing the inspiration behind a number of his sporting impersonations including Brian O'Driscoll, Johnny Sexton, Brian Kerr, Robbie Keane and many more.