After taking charge of his first five games with the Republic of Ireland, Stephen Kenny is still without a win. Praised for the style he has implemented, Ireland's passing game has nevertheless failed to generate many goals.

Against Bulgaria, Slovakia, Wales and Finland on two occasions, a solitary Shane Duffy header in Kenny's opening game is all that Ireland have had to show for their efforts on goal.

"You have someone there who can teach people this, but he's not involved," remarked Dunne in conversation with OTB Sports.

"It is something I think the FAI should really have worked on to try and make sure you have someone with the intelligence and game-knowledge of Robbie Keane within the set-up."

Ireland's record goal-scorer, Keane had been a member of Mick McCarthy's backroom team prior to Kenny's taking over the role earlier this year.

Through a quirk of Keane's contract, he was available as a coaching option had the former Dundalk boss wanted to make him a part of his team. He ultimately opted against getting Keane involved, however.

"We've had managers who have tried to do that themselves but looked at the situation and players that we have and thought winning games was more important than any style of football," suggested Dunne, not as blown away by others at Ireland's passing game under Kenny.

"When we keep the ball at the moment it is very deliberate and safe. We need a player who can make a penetrating pass or the clever run and finish these chances off."

To Dunne's mind, his former teammate Keane is the answer.

Despite the involvement of a hugely experienced international like Damien Duff in Kenny's set-up, Dunne believe that Keane possesses the kind of knowledge that even Duff cannot teach.

"Damien was a left-winger," reasoned Dunne, "and I'm sure any wide players we have will be desperate to hear what Damien says. But he will tell you himself, he didn't score 50 goals for Ireland or whatever.

"Ultimately, you have to back the manager whatever he does. I'm just saying that there is that option there and he is available.

"Within our squad we have a problem and that is scoring goals. We have someone who can help out. Obviously the manager wants to go a different way and that's grand." 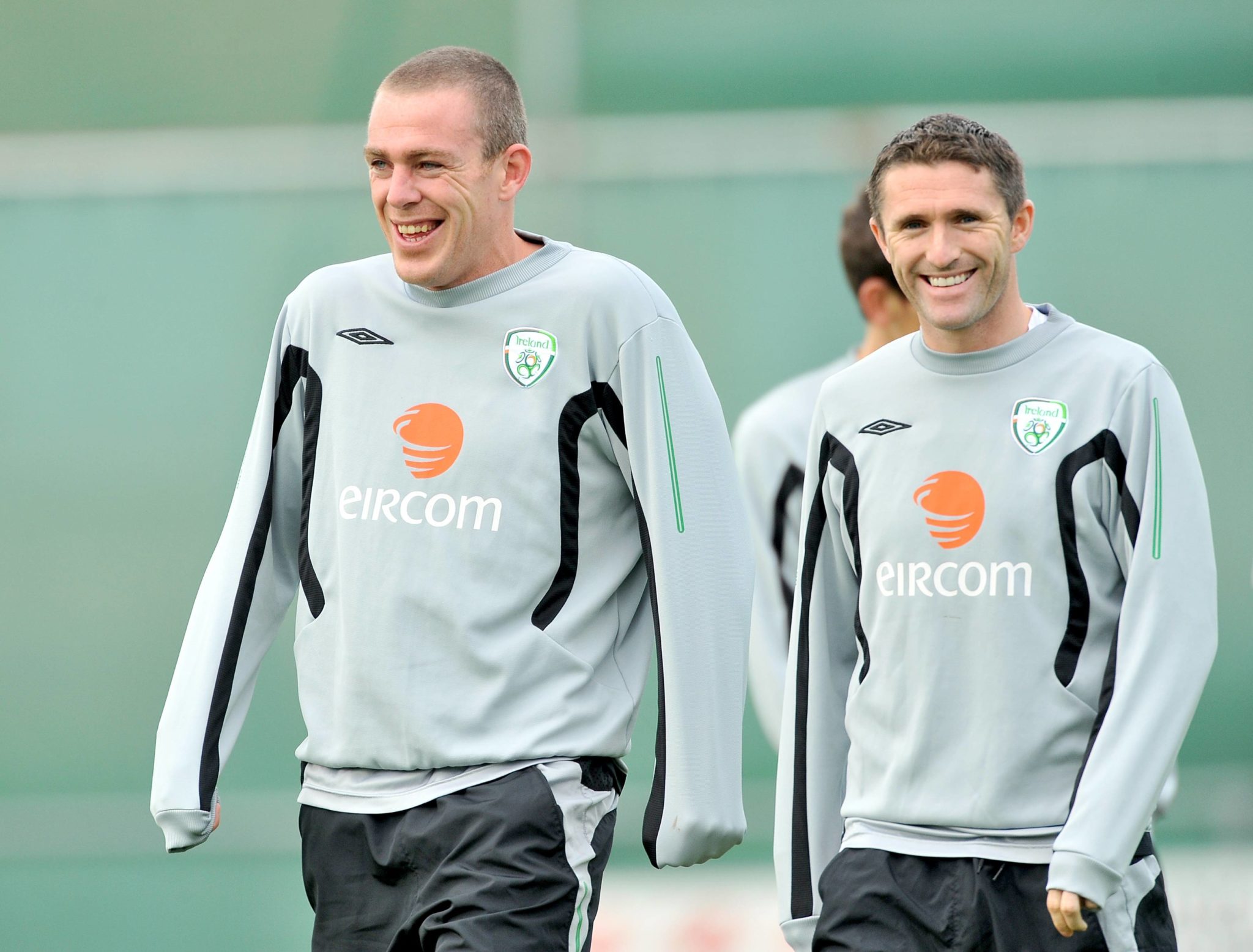 Former Republic of Ireland midfielder David Meyler joined OTB Sports on Thursday's OTB AM to discuss Ireland's defeat to Finland and similarly believes that Keane's skills could be of use.

"Of course he would help the strikers, there is no doubt in that," he suggested. "He is going to make them better, he is going to help them, of course.

"At the same time though, Robbie was in with Mick and Terry Connor and Stephen has come in looking to do things his way.

"He came in with his backroom staff, the people he wants to work with and Robbie just wasn't a part of that. I think Robbie understands that. Of course I'd say he is frustrated because he would want to be in around the squad and he probably loved being back under Mick.

"Yes, I think he would help the forwards but Stephen made his decision on the backroom team and you have got to respect that too.

"This might give Mick McCarthy's career a new lease of life"

Mick McCarthy set to return to management with Apoel Nicosia