In response to an article written by Paul Rowan in The Sunday Times regarding Robbie Keane's future within the FAI in light of Mick McCarthy's departure last weekend, Tommy Conlon is concerned with how Ireland's record goal-scorer will emerge from this period.

"Robbie, as we know, always had a great welcome for himself," remarked Conlon of Keane, "and he'd want to be careful that he doesn't allow his ego to tarnish his legacy here.

"I think he should be very careful about his next move. He's around long enough to know that every manager picks his own staff and that's an absolutely inviolable principle for any manager. If he doesn't pick Robbie or anyone else, that's just too bad."

Appointed to McCarthy's backroom team in late 2018, Robbie Keane, unlike McCarthy or his assistant Terry Connor, signed a deal with the association that extended two years beyond those of his fellow recruits.

After Stephen Kenny replaced McCarthy a little earlier than scheduled last weekend, the former Dundalk manager's decision to select a management team of his own making has left the FAI in a position where Keane remains under contract but in possession of no clear role. 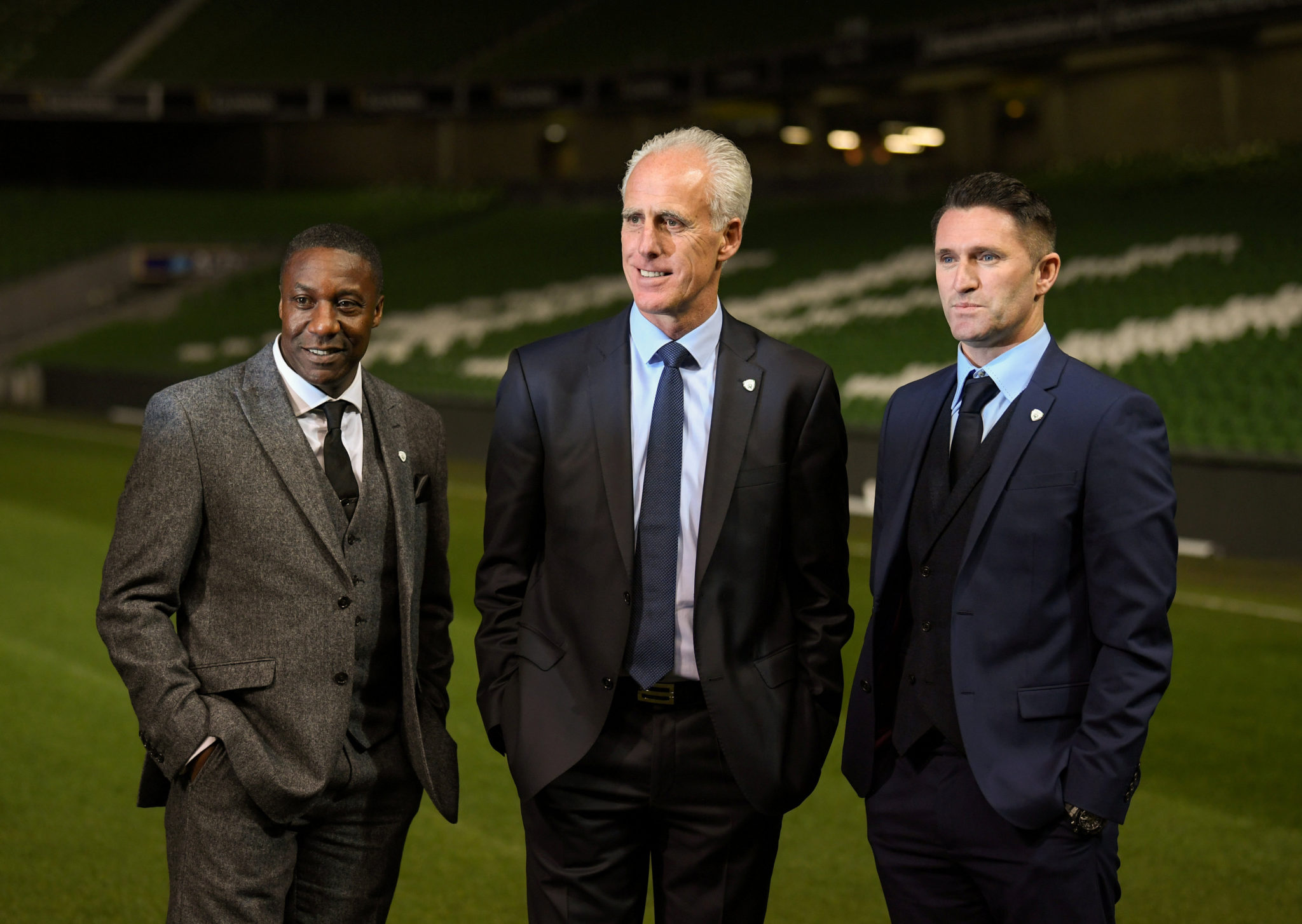 According to Paul Rowan, negotiations between the FAI and Keane's representatives are already underway. Yet, among the journalists on Off The Ball's Sunday Paper Review, the question of how hard Robbie Keane should be pushing for his contracted remuneration shaped the discussion.

"If you are Robbie Keane in this instance," reasoned the show's host Joe Molloy, "you're allowed to say, 'Hang on, we made an agreement.'

"If you made an agreement with your employer and then they turned around and said the world's changed and everything we told you is now gone because it turns out we weren't running the thing very well, would you not feel, 'Well, that's not on me?'"

In contrast to what was publicly known of the FAI's financial standing at the time of Keane's appointment, the prospect of further wages being paid to an employee who has found himself with no actual role is understandably jarring.

As those present on the Sunday Paper Review concluded, it is not the fault of Keane that he signed the deal he did in 2018. Nevertheless, there was a sense of agreement with Rowan's summation that how Keane acts next will be crucial.

"He may well end up doing what we consider the right thing to do," acknowledged Tommy Conlon, "and we have to allow him the possibility that he will maybe stand back and reflect and maybe do the statesman-like thing.

"What goes around, comes around and you like to think that if someone does the right thing at a certain time, maybe some good karma will come down the tracks in the future."

You can watch the Sunday Paper Review with Tommy Conlon and Declan Bogue back in full here.

Low to step down as manager of Germany after European Championship

Mick McCarthy's Cardiff the most inform side in the Championship