"If Rio Ferdinand is making that pitch as opposed to Ed Woodward, I'd prefer it"

Amid rumours that Rio Ferdinand is being considered for a role in Manchester United's management structure, Kenny Cunningham can see a certain logic in the club turning toward the former England international.

Speaking to Off the Ball last week, Andy Mitten, editor of Manchester United fanzine United We Stand, categorically stated that he firmly believed Mike Phelan was not "going to be Manchester United's sporting director."

Although it remains as yet unclear whether or not Phelan was - or still is - in the running for such a role, it has since become apparent that yet another former United player could be in the frame for the job.

Rio Ferdinand, despite claims from The Times that "it is understood Ferdinand would probably not accept the post anyway as he has relocated to the south of England and does not want to move back up north," is being touted as a possible candidate.

While a significant degree of uncertainty surrounds who United will opt to appoint (and indeed the actual responsibilities the role they are recruiting for would entail), Kenny Cunningham believes the prospect of Rio Ferdinand taking up such a role at the club would not be without its benefits.

If Rio Ferdinand is making that pitch as opposed to Ed Woodward, for me as the player across the table, I'd prefer it 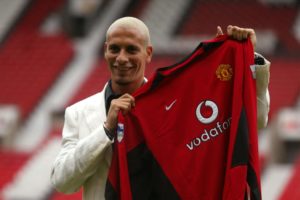 "Forget about the job title," Cunningham encouraged, "what would the responsibilities of the role actually be?"

"For me, it would have to be recruitment - you wouldn't be talking about Ferdinand overseeing the whole football club."

Enticed by the notion of Ferdinand working within a collective group at the club, Cunningham identified a crucial characteristic he could bring to such a role.

"They've been able to spend big money in the last couple of years, but they haven't got the right players in," Cunningham noted of United.

"United have had spending power, but haven't been able to go an get a Matthijs de Ligt.

"I'd argue that someone with Ferdinand's footballing background, someone who could actually sit down across the table from a player and say, look, this is the best move for you, and here's why.

"If Rio Ferdinand is making that pitch as opposed to Ed Woodward, for me as the player across the table, I'd prefer it."

Ultimately, Cunningham is firmly of the opinion that no one figure should be tasked with overseeing the goings-on at United, and a committee of people from various backgrounds would be advisable.

"James isn't Kevin De Bruyne, we need to be careful with what we expect"