Real Madrid were crowned La Liga champions on Thursday night as a 2-1 defeat of Villarreal provided them with an unassailable lead at the top of the table.

To bolster what has already been a fantastic season for Karim Benzema, the French striker grabbed both of Real's goals to grant Zinedine Zidane a second title win from his combined spells as manager.

In the end, Barcelona's defeat at home to Osasuna meant that any result at all would have suited Zidane's team. Although they weren't to know in the moment, there was a degree of complacency about Real's efforts to see out last night's game despite what was on the line, however.

One goal ahead with a little over 15 minutes remaining, the European giants were awarded a penalty that captain Sergio Ramos stepped forward to take. Rather than taking on the chance as usual, however, Ramos - with a little input from Benzema - got creative.

Attempting to emulate a move perfectly executed by Ajax's Johan Cruyff and Jesper Olsen in 1982, or indeed Barcelona's Lionel Messi and Luis Suarez in 2016, this was all a bit more Thierry Henry and Robert Pires.

Sergio Ramos lays his penalty off for Karim Benzema, but it's ruled out for encroachment! ❌

Benzema eventually took the penalty second time around, and drilled it into the bottom corner to surely clinch the title for Madrid 🏆

You don't see that too often! 👀 pic.twitter.com/f9TMw6slBB

Neatly passing the ball ahead of himself for Karim Benzema to chase on to, whether it was the Spaniard who delayed his pass too long or the Frenchman who ran too soon, the referee called the play back in spite of Benzema's precise finish.

Beyond the desire to mix things up, it isn't entirely clear why the two Real Madrid stars felt the need to take the risk. In the end, it was the Frenchman Benzema who stepped up to take the penalty second time around and duly finished it ease. 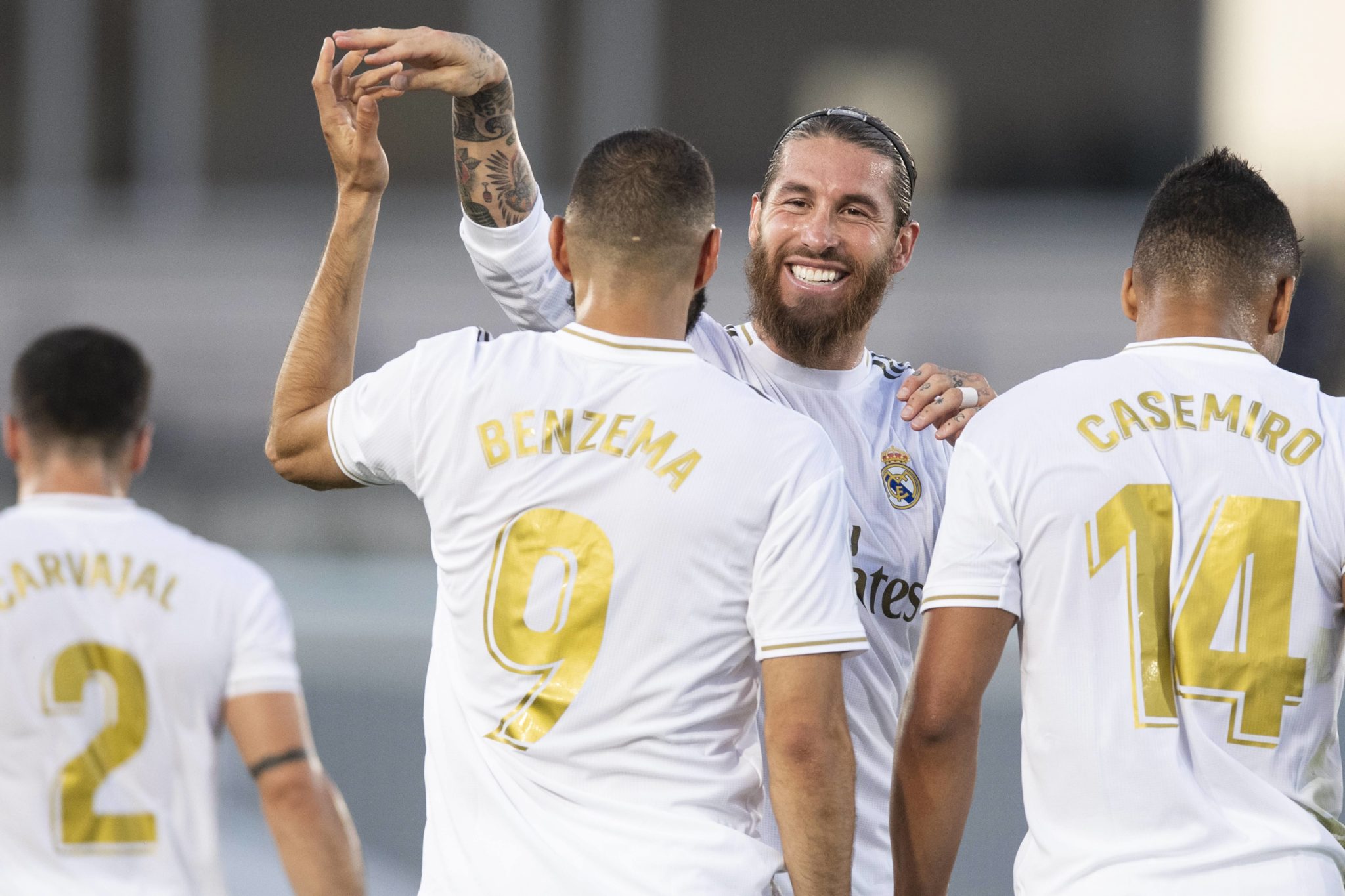 Memorably enough, the 'pass penalty' has thrown up the occasional howler for all the attempts that have been neatly converted.

Whereas Cruyff/Olsen set a template that Messi/Suarez followed over 30 years later, the most (in)famous example remains that which Thierry Henry and Robert Pires attempted with Arsenal against Manchester City.

A considerably worse effort than even Ramos and Benzema on Thursday night, there's little surprise it topped this chart of the Premier League's worst penalties to date.

No supporters at Eredivise matches until vaccine found - health minister