Ravel Morrison is largely forgotten but not entirely gone from football's consciousness. Suddenly he's retaken a seat among the elite, but it's now or never for the supreme natural talent of his era, writes Colm Boohig.

Ravel Morrison has signed a one-year contract with the newly-promoted Sheffield United. The move, a potentially sharp risk for the Blades, has raised many an interested eyebrow.

Most assumed the stupendously gifted footballer was rapidly fading from the professional game and yet, here he is, returning to England and joining Chris Wilder's side in the Premier League.

It will perplex those who know the Morrison story, likely deemed excessively far-fetched by the writers of the iconic television series Dream Team if they were approached with the synopsis.

But he's back, nine clubs and five loans later, appearing seldom for any. An incredible talent, notwithstanding.

Reacting to the Sheffield United transfer, ex-West Ham United midfield partner Kevin Nolan illustrated the pros and cons of playing in the same side as the mercurial Morrison, describing an exquisite footballer with a bizarre penchant for truancy.

🗣 "He'd go missing for a week, come back and act like nothing's happened"

Kevin Nolan hopes that the move of his ex-#WHUFC teammate to #SUFC is the making of @morrisonravel 🔴⚫ pic.twitter.com/EMc3aL2vWo

Chris Wilder, though, is thrilled with his new man, commenting on the move: "Ravel is an undoubted talent and we are delighted that we have put together a deal that suits all parties."

"We are getting a fantastic footballer with a tremendous pedigree and this is a great opportunity for Rav; we believe we can help him get back to the level he wants to be."

The level he wants to be, indeed.

Ravel Morrison, the brightest light in Manchester United's fantastically exciting FA Youth Cup-winning side of 2011. The one which hammered of all teams, Sheffield United, 6-3 in the final. Morrison shone in that decider, as he did in the semi-final against Chelsea, thoroughly justifying the widespread exuberance expressed in local circles toward his precocious brilliance.

The 26-year-old returns to English football with a thud rather than a bang after years in the wilderness, his nomadic sojourn most recently taking him to Mexico and Sweden respectively to ply his considerable trade.

That aforementioned Class of '11 contained Michael Keane, Jesse Lingard and, of course, Paul Pogba. Nevertheless, it was Morrison who starred most prominently and it was he who inspired his prodigious teammates. The wonderkid from Wythenshawe was the chosen one, the first called up to the big time by Sir Alex Ferguson.

Precisely nobody involved with Manchester United at the time was surprised by the teenager's steep ascent. Regarding raw ability alone, he had it all from a young age. Unparalleled among his peers.

After all, it was Ferguson who described this outrageous talent, the teenager who couldn't help but embarrass those he shared a pitch with, as the best kid with a football at his feet that the veteran Scot had witnessed in years. 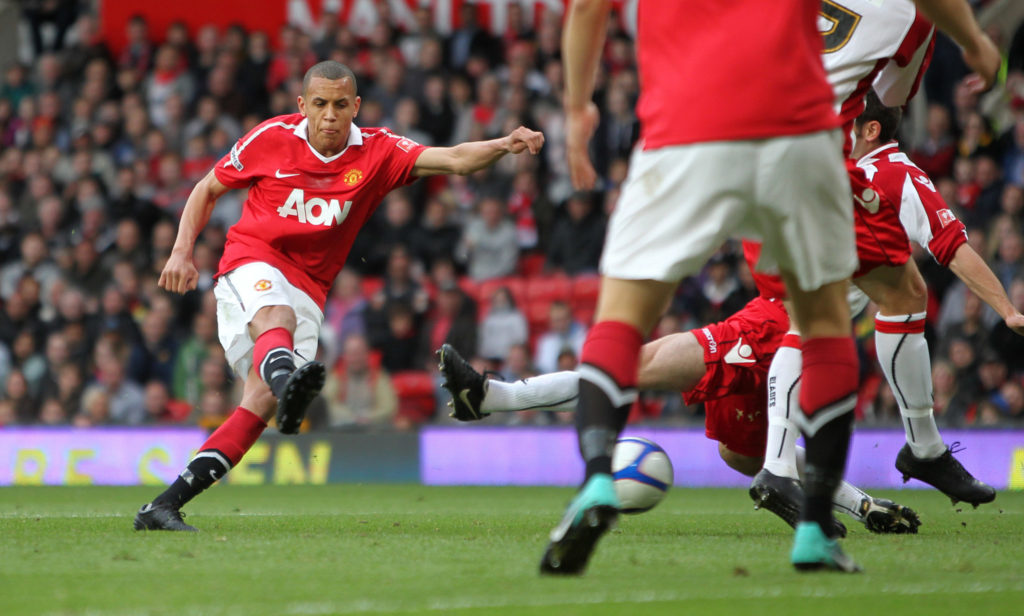 What followed was inevitable - Morrison's first-team debut. In October 2010, the all-round midfielder lined up for Manchester United in a 3-2 League Cup win against Wolverhampton Wanderers.

A devastating concoction of Paul Ince's tenacity, Paul Scholes' technique and the on-pitch unpredictability of Paul Gascoigne, which was long overdue among English midfielders, there was a reason why Rio Ferdinand joined his manager in waxing lyrical about a simply different individual. He was not alone in that confident declaration.

The stage was set. The dawning of a glorious new era fronted by an incomparable local hero had arrived... and then he disappeared.

Morrison made a grand total of two additional substitute appearances for Manchester United, each in the League Cup. A negligible attitude and significant off-field social issues resulted in Morrison's time at Old Trafford concluding before it really commenced. In the mind of Sir Alex, Morrison needed to get out of Manchester for his future's sake.

And so he did, but his career has simultaneously stalled with a heavy whimper.

Sam Allardyce took him to Upton Park with Ferguson's blessing in January 2012. Surely he would return to star at the Theatre of Dreams if he got his head right in the capital.

He was just too good.

Six months after that switch, Pogba, who Ferguson never truly trusted, joined Juventus. Three years afterwards, the Frenchman started for the Italian giants in the Champions League final against Barcelona, lining up alongside Andrea Pirlo and Arturo Vidal in midfield. Twelve months on again, Pogba completed his mega-return to Old Trafford.

In those intervening years, Morrison remained contracted to West Ham until 2015 but made just 24 first-time appearances, the highlight being his stupendous solo run and finish against Tottenham Hotspur at White Hart Lane which served only to emphasise the frustratingly sporadic demonstration of his outrageous ability.

The rest of his time with the Irons was spent on loan to Championship clubs Birmingham City, Queens Park Rangers (two separate spells) and Cardiff City.

Although he showcased glimpses of that highly-vaunted guile, Morrison mostly infuriated his managers, most notably Birmingham's Lee Clark and Cardiff's Russell Slade. His perceived lack of application outweighing the obvious skill. 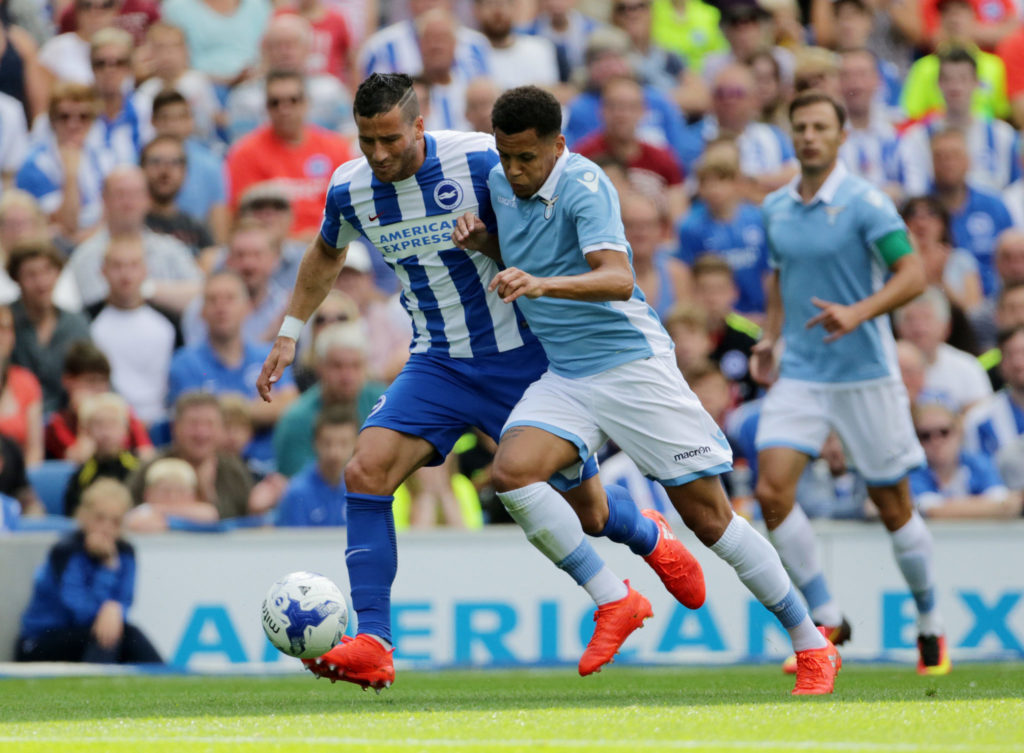 Which made it all the more surprising when Lazio, whose appetite for an English maverick was presumably whetted after the acquisition of Paul Gascoigne in the 1990s, came calling to end Morrison's East London purgatory.

It was the same story in Rome, though. His lack of effort in training or in attempting to learn the language cost him a lot of goodwill. Morrison's on-pitch acumen was described as "world-class" by club director Igli Tare, which was great, but the same man also labelled the midfield star as "a little mad".

Once again, the end was fast approaching and the journey short-lived. But it goes to show that Morrison was a risk worth taking on the field.

How many players who struggle for consistency at three Championships clubs as well as at a bottom half Premier League one can still force the hand of a world-famous side like Lazio?

And when that experiment fails, how many players who would go on to underwhelmingly represent Atlas in Mexico and Östersund in Sweden and still attract the interest of a Premier League club, one which is returning to the top flight for the first time in 12 years and with a lot on the line?

Morrison is an anomaly, completely incongruous when measured against the typical football career path.

Hence why Chris Wilder has taken a punt on this footballing conundrum with a 12-month contract after he impressed on Sheffield United's pre-season training camp in Portugal.

"It wasn't about him coming and being on trial because we knew about his abilities", said Wilder.

"Taking him with us was basically getting to know him and what he's about, what makes him tick and how he integrates with the players. Trips like what we have been on are invaluable for that."

It is now or never for Ravel Morrison at the elite-level of the game. Few players have been awarded so many opportunities for redemption, but fewer again have the same level of ability.

The 2019/20 season will prove paramount in this enigma's place in modern football history. Plenty will be watching to see what happens.