Marcus Rashford is keeping his eyes on the top four after scoring a late winner for Manchester United against West Ham on Saturday.

Marcus Rashford is keeping his eyes on the top four after scoring a late winner for Manchester United against West Ham on Saturday.

West Ham held United scoreless throughout the full 90 minutes, in a match that either side could have won. However, a 93rd minute goal from Rashford sealed the victory for Ralf Rangnick's men.

It sealed the 14th game in a row that Manchester United have gone unbeaten against West Ham.

Speaking after the match, Rashford expressed his relief over coming out on the winning side.

"They are the best games to be involved in," Rashford said. "When you are on the winning side of it it's a great feeling. Nothing really beats it in football.

"I had a great game today against opposition that at the moment are very tight with us, so it's important that we got the win today."

🗣️ "When the goals do start coming back it's a great feeling"

After scoring a last minute winner against West Ham, Marcus Rashford spoke about how important the three points were for Manchester United pic.twitter.com/EKpQz3fOiv

West Ham were fourth on the Premier League table heading into the weekend, with United sitting at seventh. However, after the win, United jumped ahead into the fourth spot, pushing the Hammers to fifth.

Rashford is relishing the competition to remain in the hunt for the top four.

"You might not see it now, but come the end of the season it could be three points, four points the difference between being in or out of the top four," Rashford said.

"I am pleased that we managed to get the three today, and we have to use it as motivation. Two wins, and you count three good games if you include Villa.

"We didn't get over the line in that one, so we have two wins to use as motivation to keep moving forward." 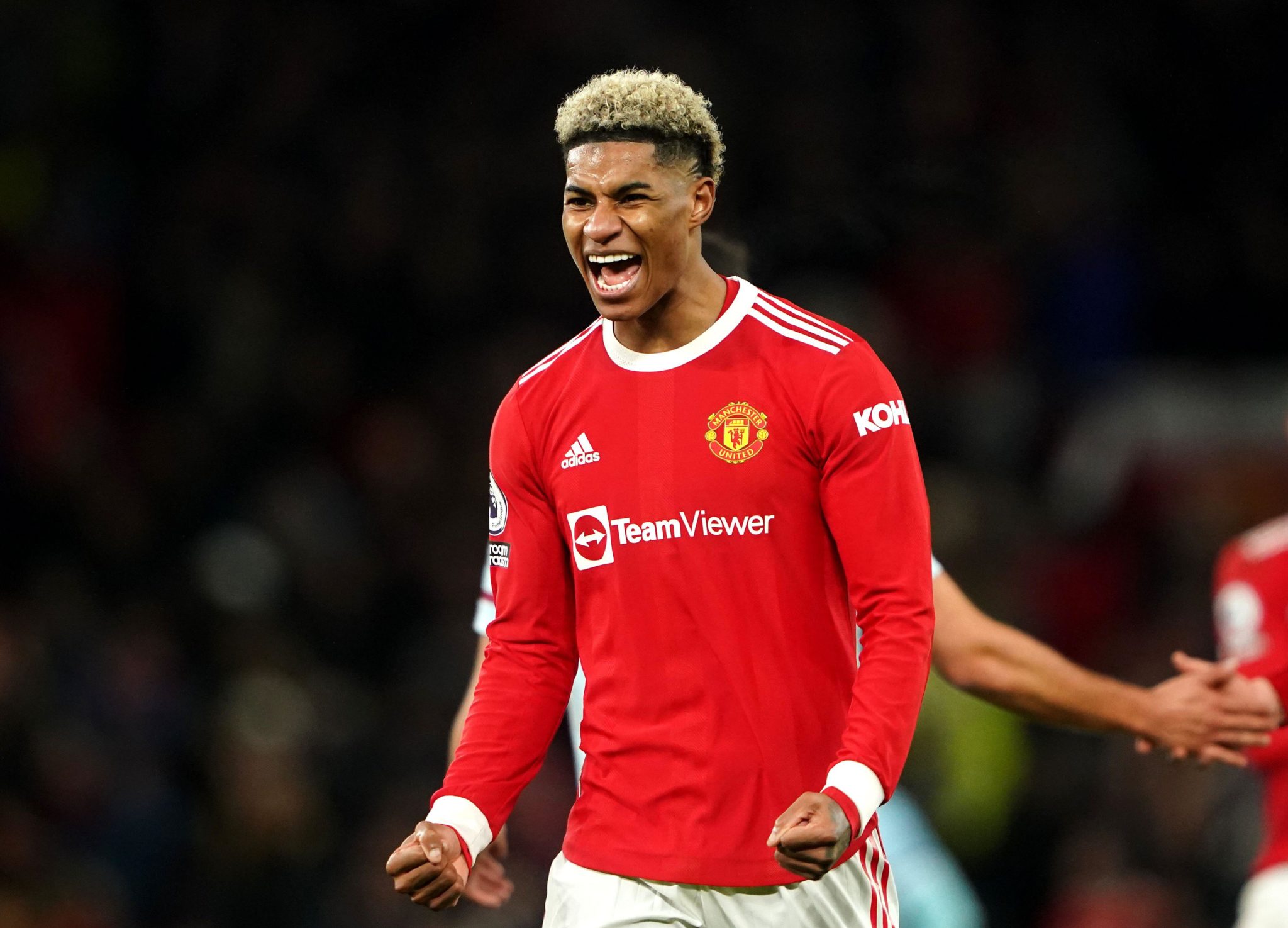 Is Rashford returning to form?

Rashford has come under increased scrutiny in recent weeks following a string of poor performances. He scored United's third goal against Brentford during the week, and his goal against West Ham seems to point to a turn in the striker's run of form now under Rangnick.

"I knew it wasn't [offside] from Eddie [Cavani] to me, and I don't think it was from Anthony [Martial] to Eddie," Rashford said.

"So, before then, I was just trying to get into the back posts. It felt like a good goal, and thankfully it stood.

"I think for any forward, when you go through a patch of not scoring for a few games, when the goals do start coming back it's a great feeling.

"You just have to keep moving forward now, keep going in the right direction."