New Everton-boss Rafa Benitez is known for his thorough examination into the game's finer details, and his nitpicking did not subside for his star players.

Benitez spent six years at his current employer's cross-city rivals Liverpool, leading the club to Champions League and FA Cup success, with Steven Gerrard a pivotal cog in that system.

Speaking on Off The Ball's Football Saturday, Lawrenson shared a story of how Benitez compiled all of Gerrard's mistakes, which allowed his captain to take his game to another level.

Lawrenson said, "It was international week coming up, and Liverpool had played at home on Saturday. Stevie was walking down to the player’s room, and Rafa’s secretary came out and said, ‘can you go see Rafa?’, so Steven went in, not thinking about what it could be.

"When he went in, he got a DVD delivered into his hand and Benitez said, ‘when you’re away with England, and you’ll have lots of time, have a look at that’.

"Steven thought, ‘oh, this will be good’, but it was all his bad bits!

"He’d put together a compilation of him misplacing the ball, missing a pass, missing a chance and those kinds of things." 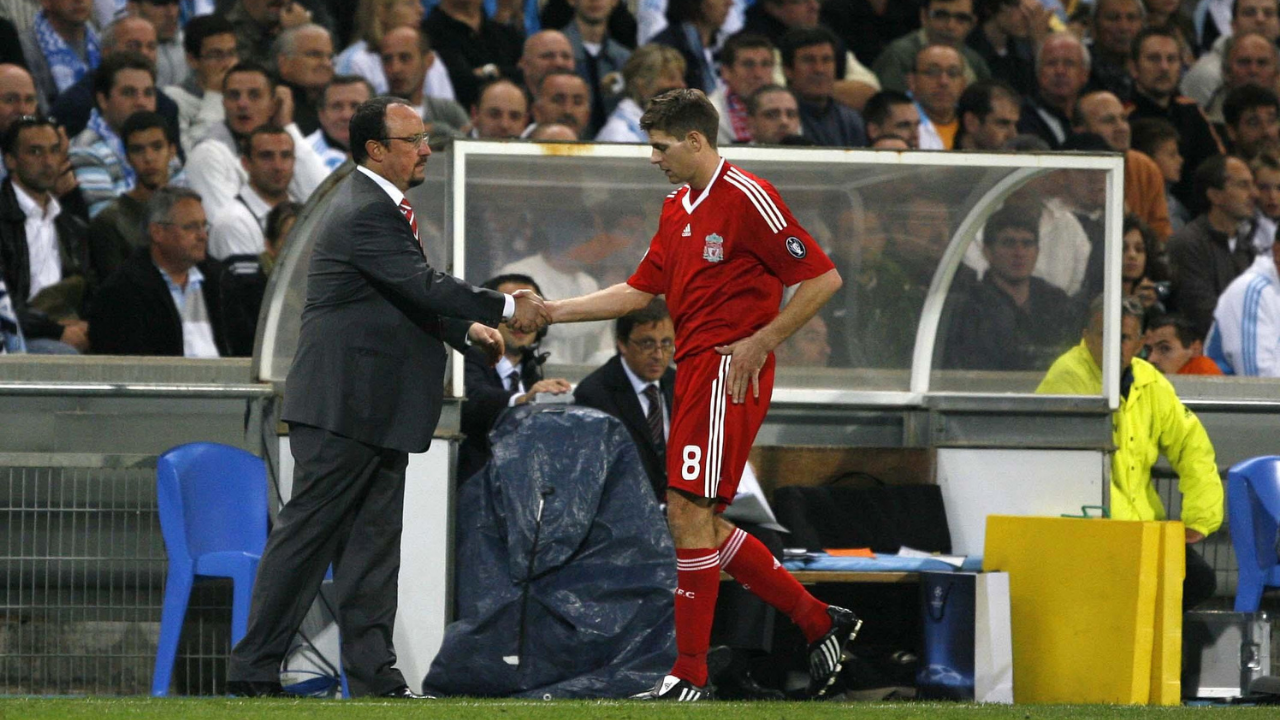 Rafael Benitez thanks Steven Gerrard after his substitution during a UEFA Champions League match.

Lawrenson said the Spaniard's thoroughness allowed Gerrard to take his game up to a higher level, and that part of his management will benefit Everton now.

"That was just Benitez, he realised that this fella was an unbelievable player, but he wanted him to be even better.

"He’ll be like that at Everton in terms of the Nth degree; he will demand everything out of them."

Benitez's appointment at Everton caused a backlash from Evertonian's, who made their feelings known through banners and social media posts.

The fans have displayed their anger by hanging banners that say "Benitez not welcome" and "F*** off Benitez you fat Kopite c***". pic.twitter.com/cm3da4JMZw

Despite this, Lawrenson believes the Everton faithful will take to Benitez if he is an instant success, and there will be no love lost across Stanley Park.

"I just think that, get over it. We know what football supporters are like; we’re all the same. If they go and win their first six games, he’ll be a genius.

"When Everton play at Liverpool, I’m sure he’ll get a fabulous ovation. They’ll still want to stuff him five-nil; there’s no doubt about that."

Everton complete the signing of Demarai Gray from Bayer Leverkusen