Andrew Omabamidele was speaking to OTB AM at the launch of the INTERSPORT Elverys FAI Summer Soccer Schools programme after a whirlwind few weeks that saw the 18-year-old defender called up to Stephen Kenny's Republic of Ireland squad.

The Norwich City youngster impressed in the second half of the season as Daniel Farke's side earned promotion to the Premier League and he talked of his pride after earning a call-up to the senior international squad.

"It’s a very proud moment for me and my family," Omobamidele said.

"I was in the gym when I got the news and when I got home my mam was jumping all over the place.

"It was a great moment, a couple of my neighbours dropped in notes saying congratulations as well so it’s just a great time for me, my family and Leixlip as a community as well."

Omobamidele's youth career was spent at Leixlip United before moving to Norwich in 2019.

"Every time I think back to Leixlip United, I kind of just smile because it was just such a good time in my life," he explained.

"The players there, we all went to school together. It was a real tight-knit club and that was around the period when a lot of players were starting to go league of Ireland but we kind of stuck together.

"I think the furthest person away that played for us lived in Lucan and that’s only ten minutes away. A lot of other teams were bringing players from Waterford and stuff like that but we kind of kept it close to home and that’s where our success came from.

"Leixlip United will always have a place in my heart." 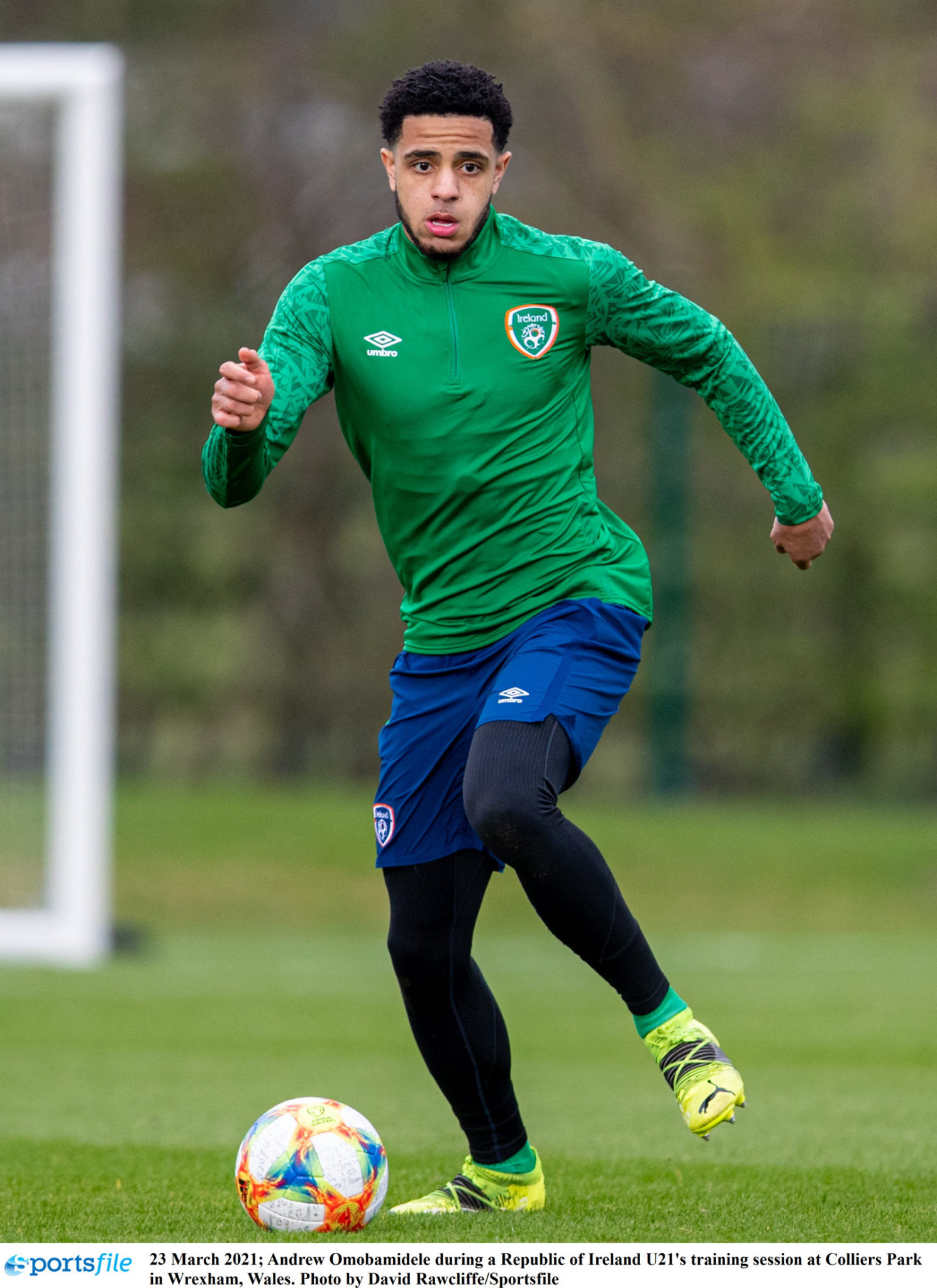 Interestingly, Omobamidele also spoke of what is required of the modern central defender and also some of the top players he studies to improve.

"Obviously you need to be able to defend because that’s your first job but if you can play on the ball and if you are comfortable, that’s a bonus," he said.

"Every game I watch, I obviously look at the game as a whole but you look at the players in your position. I try to just take bits from everyone to add to my game.

"There’s a lot of players that I could pick out but obviously Virgil van Dijk is the best defender in the world and I just love looking for little things in his game.

"I think all centre backs should because he is just quality, his calmness when he defends and stuff like that."

Omobamidele is one of four uncapped players in Stephen Kenny's 27-man panel that will gather for friendlies with Andorra and Hungary next month.

Andrew Omobamidele was speaking at the launch of the Intersport Elverys FAI Summer Soccer Schools, which return to clubs across Ireland in July and August. For more details visit SummerSoccerSchools.ie.