Let's not beat around the bush! Ireland's 2-0 win over Gibraltar was not one of our most inspiring home performances. That of course has a knock-on effect on the starting XI's Player Ratings...

He was essentially just an observer for most of the game as Gibraltar gave him little to do. The Middlesbrough keeper had one routine save to make 10 minutes into the second half but instances like that were rare.

The captain played a role in the opening goal when he got forward and squared it for David McGoldrick. The Donegal man almost forced a Gibraltar defender into scoring an own goal with another venture forward and ball across.

Eleven minutes into the second half, he resumed that service and almost teed up McGoldrick for a second goal. Most of Ireland's forays forward came when Coleman ventured forwards.

The Brighton centre-back is great at making a nuisance of himself in the opposite box. And he set out his stall within the first seconds of action as Gibraltar struggled to deal with his height and physicality. But that didn't transpire into much as the match wore on.

At his own end of the pitch, he had little to worry about.

Wasn't as prominent as Duffy in the opposition box but similarly had barely anything to worry about defensively. 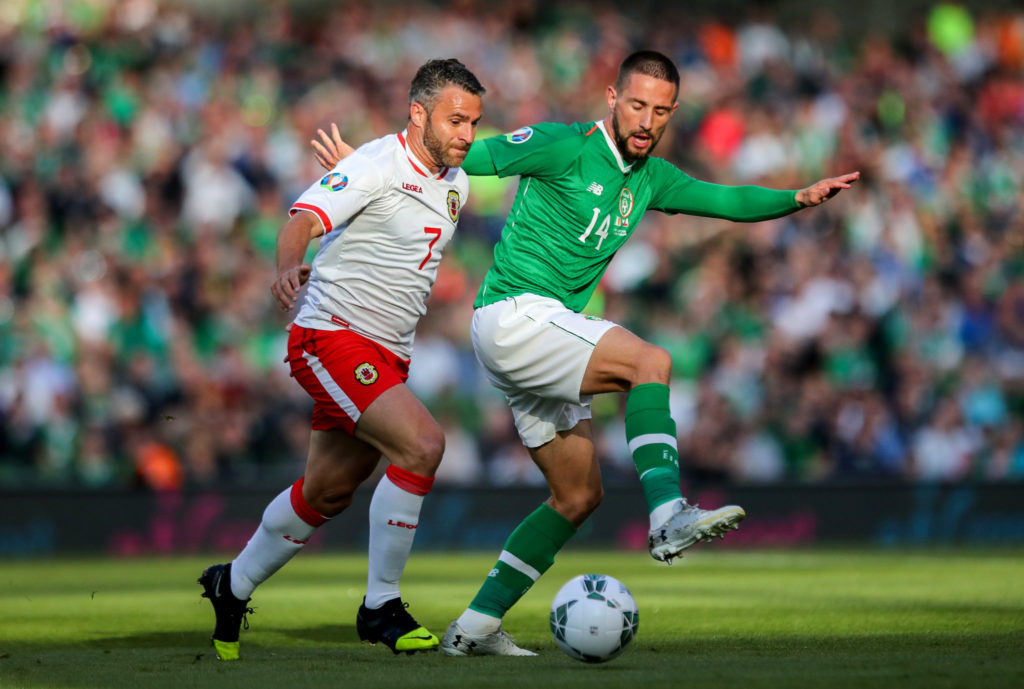 He didn't venture forward with the ball to quite the same degree as Coleman. But like the rest of the back-four, he found himself unruffled defensively.

With most of Ireland's play coming from the right flank, the midfield pair were not the main conduit for breaking down Gibraltar.

Not a consistent creator of chances but he did have one shot charged down on the hour mark as Ireland pressed for a second. Like Hourihane, he didn't open up the Gibraltar defence with any telling passes.

He floated a great cross in for Scott Hogan after cutting in on his left foot on 22 minutes. But the striker failed to connect.

Robinson came close just after the opening goal but fired just wide from the edge of the box. A constant threat whenever he cut in on his left foot, the Preston player came close to a goal at the end of the first half, only to see his effort curl just wide. Robbie Brady replaced him on 73 minutes. Overall, one of the few encouraging displays in the opposition half. 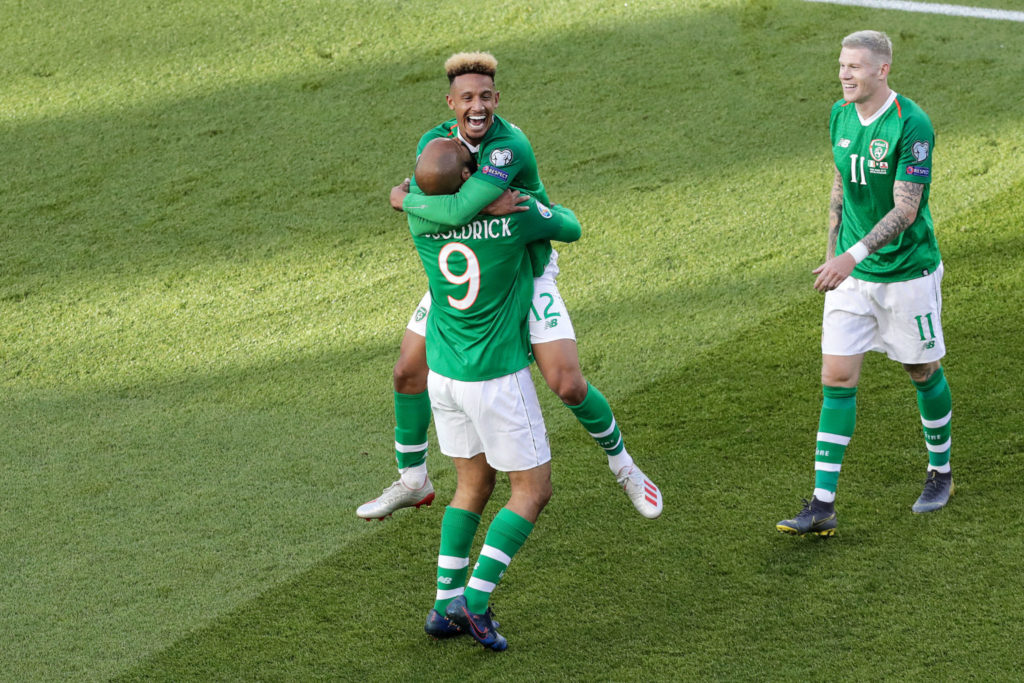 McClean didn't contribute a huge amount on the ball, with most of Ireland's best moments created from the other flank. But he did deliver a brilliant ball in for Robbie Brady to head in at the far post deep into stoppage time.

He got his first goal for Ireland in the 29th minute. But it required a very hefty deflection off a Gibraltar player on its way in. The Sheffield United forward almost set up Hogan when he got down the channel and whipped in a cross on 37 minutes.

He did well to set Hogan up for a chance that eventually led to the keeper being tested. McGoldrick almost created a brilliant goal for himself with 20 minutes to go but saw his effort crack off the post.

He turned well after coming deep to receive possession, but fluffed his lines with a shot well wide. Hogan almost got on the end of a great ball whipped in by Callum Robinson. He tested the Gibraltar keeper from an angle just before Sean Maguire replaced him on 65 minutes.

Callum Robinson | 'I want to be a striker'