'Why can't we get behind' the stars of the future? | Vinny Perth on Ireland's U21s

The young Irish players are on the crest of a wave and deserve more support, according to former Dundalk manager Vinny Perth.

'Why can't we get behind' the stars of the future? | Vinny Perth on Ireland's U21s

The young Irish players are on the crest of a wave and deserve more support, according to former Dundalk manager Vinny Perth.

The Republic of Ireland U21s kept their UEFA European Under-21 Championship hopes alive on Friday night with a 3-0 victory over Bosnia and Herzegovina U21s in Tallaght.

Among the stars on show were Southampton's Will Smallbone, Bournemouth's Gavin Kilkenny and West Ham's Conor Coventry.

While Stephen Kenny's Republic of Ireland senior team take on Armenia in the Nations League, Pert feels that the Irish football community should also wrap around the next generation of stars early.

Speaking ahead of performing commentary duties for Off The Ball of Ireland's clash with Armenia, Perth explained why he felt that the future of Irish football is bright.

"We've got a lot of young players coming through in midfield," Perth said. "All of a sudden we look like we've got a lot of talent bubbling under the radar in the Irish setup. The signs are positive.

"People can be a little bit impatient with our players, but they are trying to break into the best league in the world. Whether you like it or not, that's what the Premier League is now.

"[Will Smallbone] is almost there. He's just about to break into Southampton." 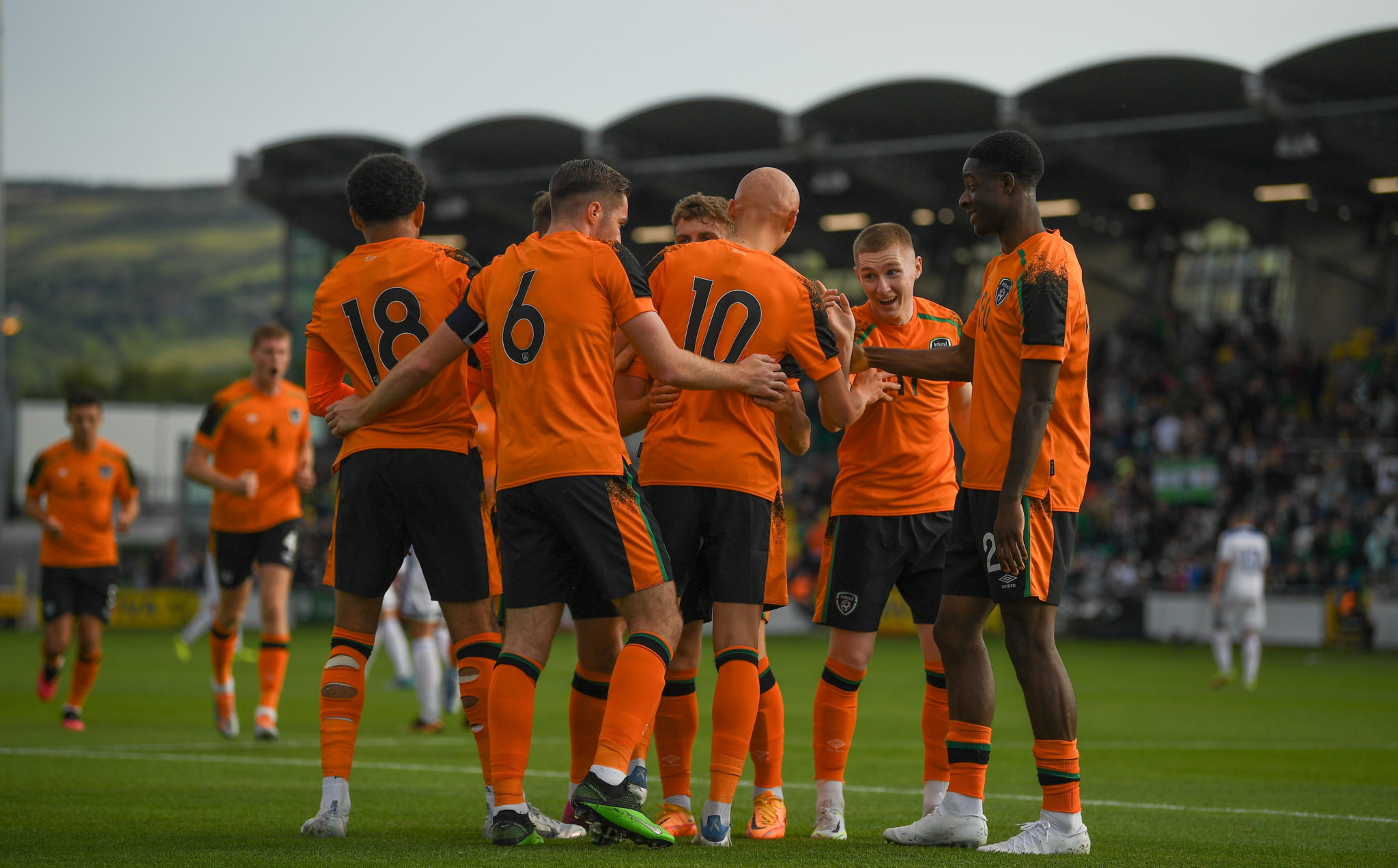 'Why can't we get behind this team?'

Perth was present in Tallaght for Ireland U21's 3-0 victory on Friday night. While he was excited for the players, their performance and the victory, Perth could not help but point out an issue that he observed.

"Forgive me for being a little bit Irish and turning a positive into a negative," Perth joked. "They said there was 3000 at the game last night, but it was just a little bit flat.

"Why can't we get behind this team? Why haven't we pushed it? Why is there not six or seven thousand watching our U21s?

"We have a real chance. We are a sporting nation. We could have done better than 3000 watching the stars of the future last night and made it a great occasion last night."

Perth used the example of Declan Rice to show what can happen if a talented youngster is not given the opportunities and support that he deserves at U21 level, and warned against sending Ireland's current young crop in the same direction.

"Look at people like Will Smallbone," Perth said. "Let's take him on a journey in the Irish setup. We've had mistakes with Declan Rice and others in the past where they've gone and been part of the setup and moved on.

"Can we make the likes of Smallbone, [Gavin] Kilkenny and [Conor] Coventry really enjoy the journey of Irish football. We've got to get off our backside and go and support this team."

Ireland will take on Montenegro at 5pm on Bank Holiday Monday, June 6th as part of their UEFA European Under-21 Championship qualification campaign. Tickets for Tallaght Stadium can be found on the FAI website here.