‘If they rang me, I’d certainly discuss it’ | Vinny Perth is open to a Dundalk return

Former Dundalk manager Vinny Perth is open to a return to Oriel Park, after the continued drama surrounding the club’s managers.

Dundalk has been the centre of a fair bit of managerial drama over the past couple of days, with Shane Keegan leaving the club, as well as reports suggesting that Filippo Giovagnoli had managed his final game in Saturday’s 1-1 draw against St Patrick’s Athletic.

Giovagnoli replaced Perth as manager of the Lilywhites late last year, after the former manager left the club after seven and a half years.

However, with the report that Giovagnoli has managed his last game with the club, Perth told OTB Sports that he has unfinished business at the club.

“Ultimately the management there have resigned,” Perth said. “I think both of them have resigned… we don’t know, but the truth of these sorts of things is usually somewhere in the middle.

“But the Dundalk project, I don’t think, is over yet. I believe that Dundalk as a squad is as good as any other squad and they can still win the league this year.

“It was a huge part of my life for eight years.”

'If they rang me I’d certainly discuss it with them' | ⚽️

Perth suggested that he maintains a good, friendly relationship with the current owners of the club, despite some rumours that suggest otherwise.

“I still have a good relationship with the owners, despite what people like to suggest,” Perth said.

“For eight years, my wife knows this, the last thing I thought about before going to bed was Dundalk, the first thing I’d talk about was Dundalk, so it is a huge part of my life.

“Football is a strange world. Who wouldn’t want to manage a team that is capable of winning the league?”

He said that, while he hasn’t spoken to them in a couple of weeks, it is not his place to ask to return, but will entertain the idea if it was brought to him.

“I haven’t spoken to [the owner] in a couple of weeks, and it is not my place,” Perth said. “If they rang me, I’d certainly discuss it with them.

“People have their own opinions of what happened. Only me and the owner and the chairman understand what was going on with our relationship.

“It is modern day football now, people invest in clubs, they put their money in, they own the club, and they feel they have a certain say to a point. If that doesn’t cross the line, that is fine.” 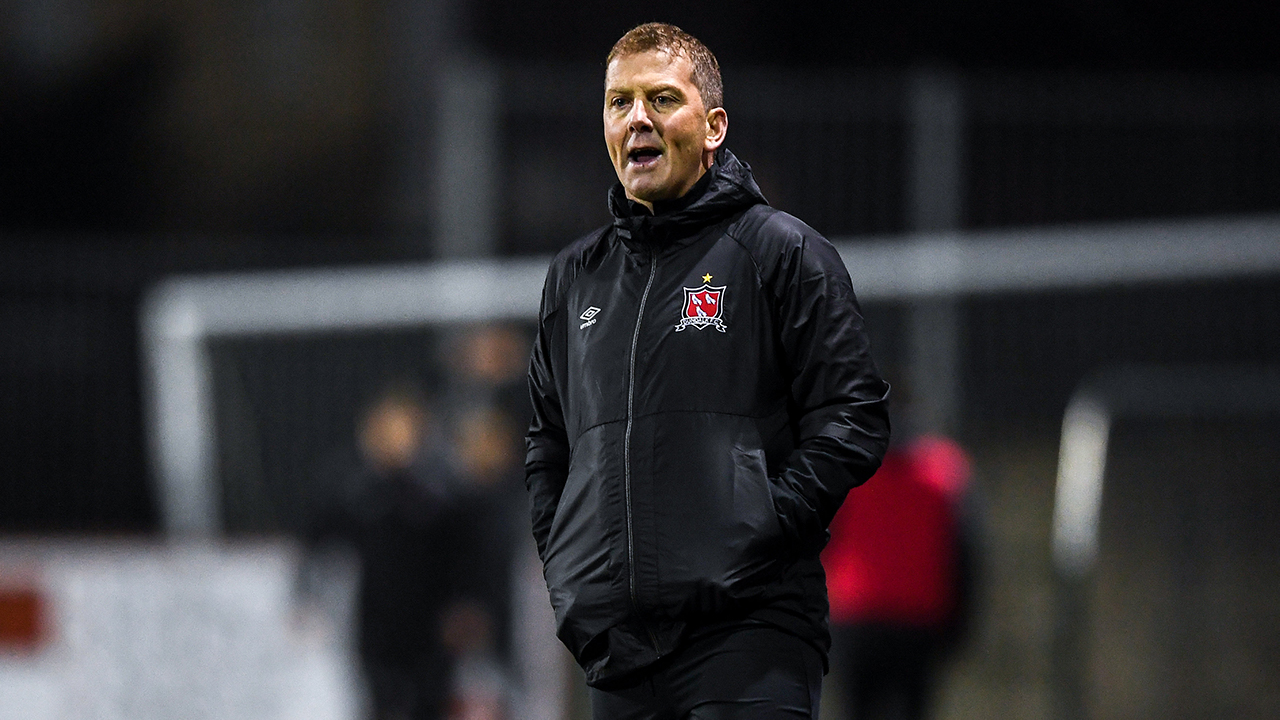 Despite how things had ended previously between himself and the club, Perth holds no ill feelings for the club or the owners.

“I am not bitter,” Perth said. “I care about the club and I’d care about any club [I managed].

“Anyone that knows me knows that I would die for the club that I work in. It would hurt a few [Shamrock] Rovers fans to hear this, if I took over Shamrock Rovers tomorrow, I’d do everything in my power for that club.

“There was a joke made about ‘a tea lady could pick the team’ in Dundalk. I understand that, but that nearly hurt me because I know the tea lady up there.

“I am not saying that I would go back tomorrow, it would have to be a long conversation. There is absolutely no reason for them to ring me either.”