After Ireland’s heart-breaking loss to Slovakia on penalties on Thursday, former Ireland footba...

After Ireland’s heart-breaking loss to Slovakia on penalties on Thursday, former Ireland footballer Gary Breen spoke about his own experiences with penalties on Football Saturday on Off The Ball.

Breen took part in the Republic of Ireland’s last defeat on penalties against Spain in 2002, and has said that it is still a painful memory for him.

“It does hurt,” Breen said.

He suggested that Alan Browne and Matt Doherty, who each missed their penalties, would need to bounce back from the disappointment.

“I don’t think the players will be going up to [Doherty and Browne] cuddling them and stuff,” Breen said.

“Their teammates will be there for them, of course they will, and they will be hurting.

The last time Ireland were in a penalty shootout, they lost 3-2 on penalties to Spain in the World Cup Round of 16 in 2002.

Breen was not one of the penalty takers that night, which he says has always been a major regret. 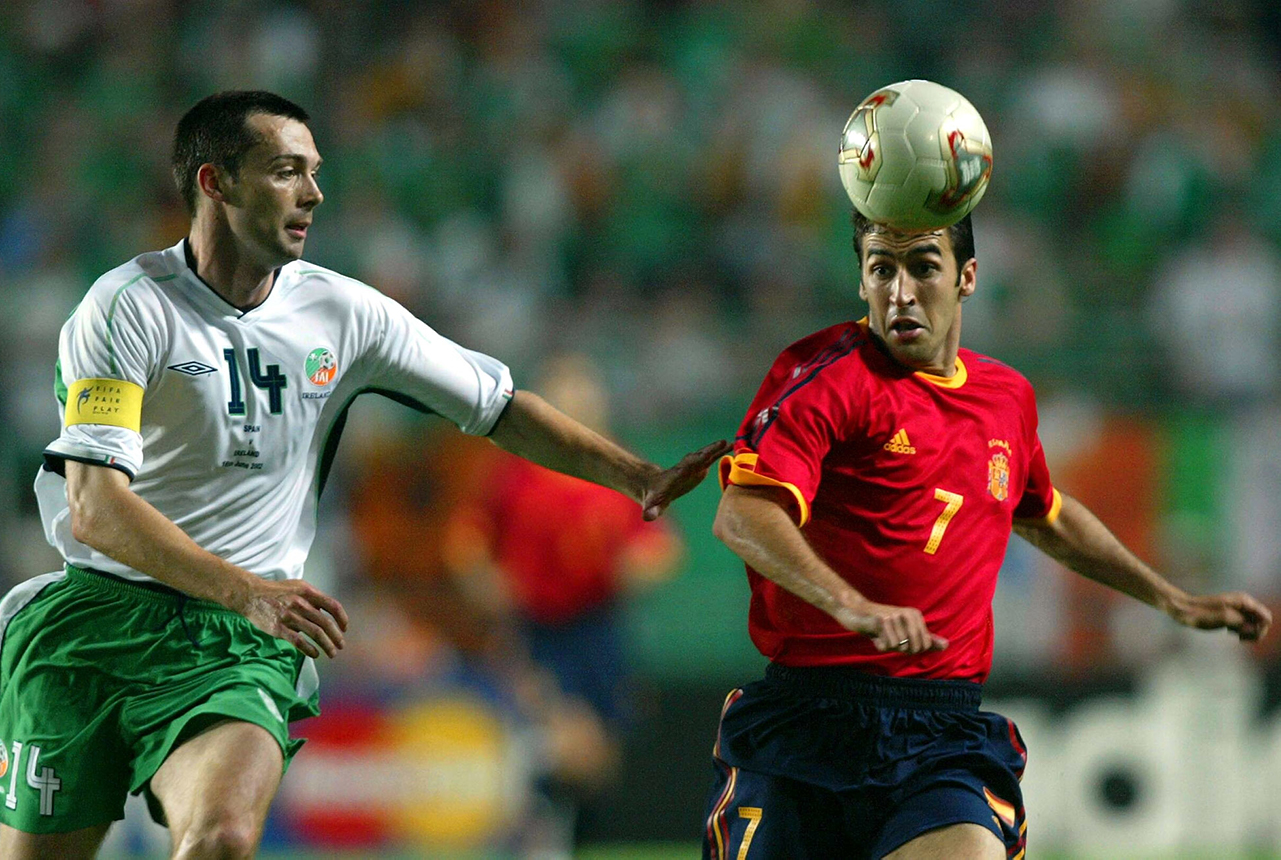 Gary Breen of Ireland tussles for the ball with Raul Gonzalez during the match between Ireland and Spain at the Suwon Stadium near Seoul, South Korea. ABACA ABACA PRESS/ABACA/PA Images

“When you talk about that penalty shootout against Spain in the World Cup, I didn’t take a penalty, and to this day I regret it,” Breen said.

“I would rather take one and fail than not take one.

“The reason I didn’t take one was because the quality of the penalty takers ahead of me was far superior to me.”

From that day onwards, Breen promised that he would never let the opportunity to take a penalty in a shootout slip by him again.

“I made a vow that day that if I am ever in a penalty shootout again I am taking one, even though I don’t naturally take them,” he said.

“And I did, I took a penalty in the playoffs for Sunderland and my penalty was one where if we missed we went out.

“I just didn’t want that regret of not being there take a penalty.”

Five Ireland players with plenty to gain during the international break