This morning OTB AM kicked-off the Round of 16 in our search to crown the Off The Ball Most-Memorable Moment of the Decade (the OTB MMMOTD).

The first match-up pits Meath's controversial 'ghost goal' which secured the 2010 Leinster Championship for the Royal County - against Shane Long's power-finish against the Germans in the Aviva Stadium.

Have YOUR say, as we crown Ireland's most memorable sporting moment of the 2010s, we're down to the final sixteen of our World Cup!

Shane Long's goal in October 2015 helped Ireland on their way to eventually qualifying for Euro 2016.

We dug out this snippet from our achieve as Nathan Murphy and Stuey Byrne described the moment to OTB listeners (despite some technical difficulties...).

VOTE: Relive Shane Long's rocket against the Germans with @nathanmurf calling the action on OTB (despite some technical difficulties!)

It faces Meath's Ghost goal in today's Most-Memorable Moment of the Decade Round of 16 tie ➡️https://t.co/qxZ5y1TCb1 pic.twitter.com/B7HwmlmLgy 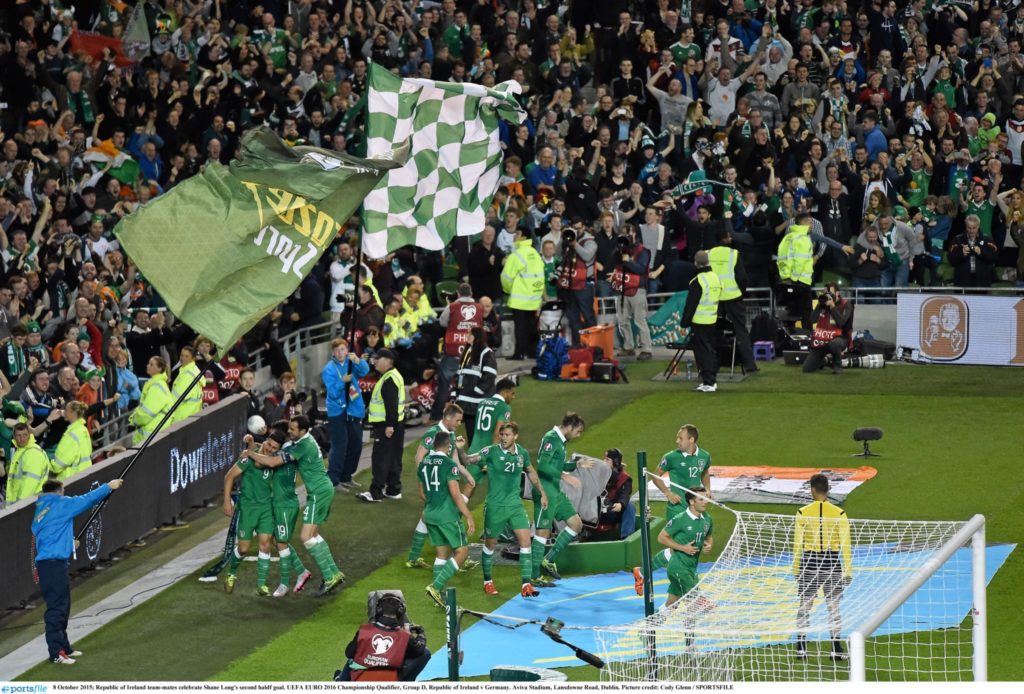 Ireland kicked-off with Shay Given in goal but he was forced off through injury after 44 minutes - he was replaced by Darren Randolph.

The Wicklow-man went on to become Ireland's first-choice shot-stopper - and played the floated ball over the top which put Long through to create his moment of history.

In the other corner is Meath's Leinster final win (the last time the competition was not won by the Dubs).

The match ended with ugly scenes as Meath's Joe Sheridan was awarded a goal when he fell into the goal with the ball in his grasp - attempting to throw a boot at it while tossing the ball into the net. 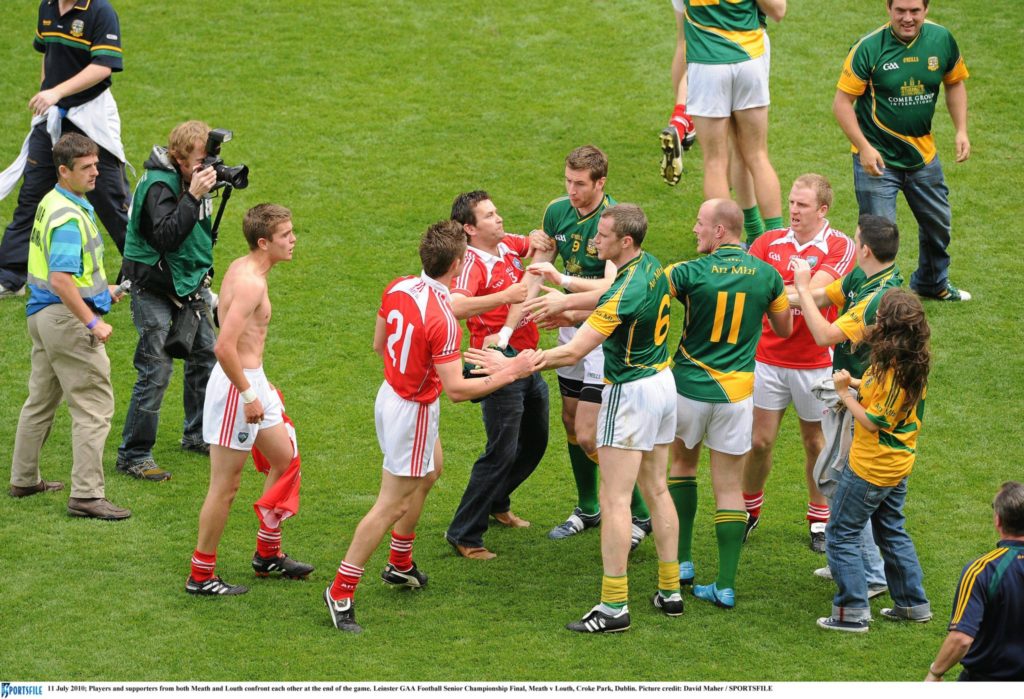 Referee Martin Sludden was confronted by angry Louth fans as he was escorted off the pitch. Two men were later found guilty of assaulting the official.

VOTE: Meath's 'ghost goal' was unforgettable - but was it the Most-Memorable Moment of the Decade?

Today's Round of 16 tie is live as OTB looks back at the past 10 years! ➡️https://t.co/qxZ5y1TCb1 pic.twitter.com/8RBliEuQyE

Following fresh on the outrage caused by Henry's handball against Ireland, there were calls for the match to be replayed.

Former-Meath footballer Anthony Moyles spoke to OTB AM this morning and reflected on the effect that the incident had on the panel.

They decided to allow the GAA to make the final call on what course should be taken. The ref's word proved to be final and Meath progressed to the quarter-finals where they were beaten by Kildare.

Tune in to OTB AM tomorrow for the next Round of 16 clash between Pat Hickey's Rio arrest and the O'Donovan Brothers Olympic heroics.