Olympiakos owner Marinakis has coronavirus and visited Arsenal on Feb 27

Olympiakos and Nottingham Forest owner Evangelos Marinakis watched Arsenal v Olympiakos two weeks ago and has since been diagnosed with coronavirus.

The news comes as the world gets to grips with the potential ramifications for sporting events worldwide, with many being played behind closed doors.

Marinakis was in attendance at the second leg of Arsenal's Europa League tie with the Athens side on February 27th.

Marinakis wrote on his Instagram: “[the] recent virus has ‘visited’ me and I felt obliged to let the public know.

“I feel good as I take all the necessary measures and I discipline to the doctors instructions. I strongly advise all my fellow citizens to do the same. I wish all a quick recovery.” 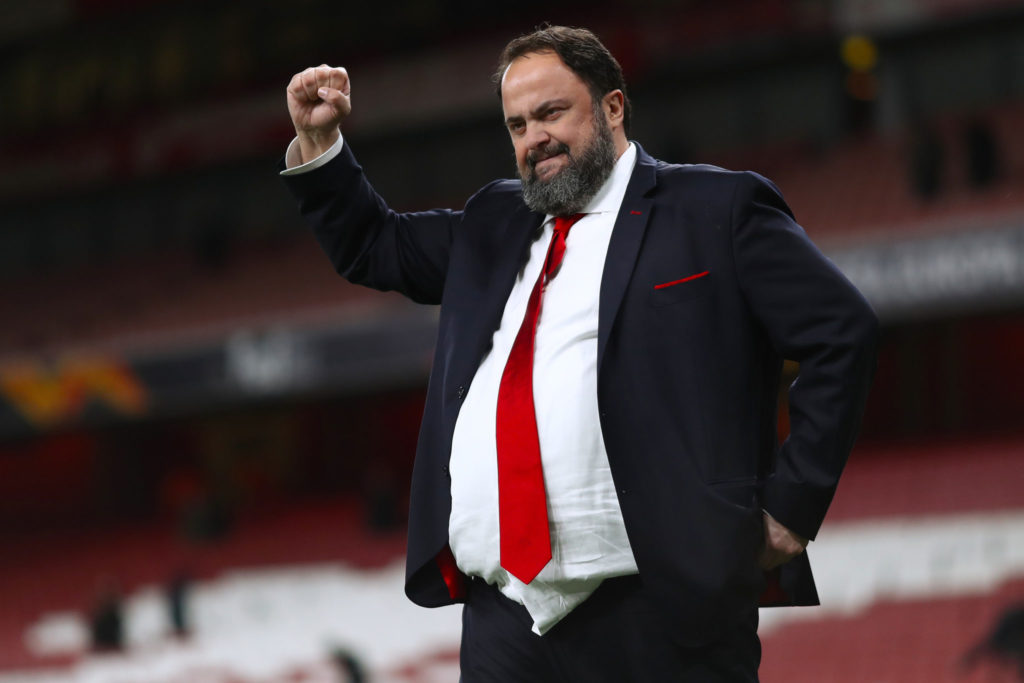 Off The Ball have spoken to Arsenal on Tuesday about the attendance of Marinakis, and the club released this statement:

“Our home match with Olympiakos in the Europa League was played on Thursday 27th February and none of our staff who came into contact with him on that matchday have reported any symptoms since," the club said.

“We continue to follow strict protocols with regard to Coronavirus. We’re following the Government health guidelines and have additional procedures in place to protect our players and staff.

“This has included regular deep cleaning of areas used by players at Emirates Stadium and our training centre.”

Marinakis told the club television station after the win over Arsenal:

“We do not stop dreaming. We earned a qualifying huge in this amazing stadium. We had the time of a lifetime. As I have already said Olympiakos are a major European club.

"Tonight, our players unfolded their qualities; we have said that we are here to enjoy the match and, early enough before kick-off, we had a chat with the coach and I told them “you will win tonight”.

"It was evident that they have all had faith in winning and they did it. I want to congratulate them! This was a glorious victory together with our 6,000 fans. It was a dream-bight for all of us. May the Lord help us witness many more nights of the sort in the future.

"It was a night of vindication for everyone: the club’s management, coaching staff, players and millions of fans supporting us either at Karaiskakis or in away matches both in Greece and aboard. We owed them such a night, we owed that to ourselves and we are truly happy. We want to continue, because we never stop dreaming!

"Olympiakos played against some very tough outfits this year in the qualifying rounds and the Champions League group stage. Now, we all believe it, we can all see it that Olympiakos is a top European club“