Croydon Metropolitan Police confirmed on Monday that no action will be taken against the Crystal ...

Croydon Metropolitan Police confirmed on Monday that no action will be taken against the Crystal Palace fans that held up a banner criticising the new Newcastle ownership.

It occurred after the Premier League gave the go-ahead for a consortium led by Saudi Arabia’s state sovereign wealth fund (Public Investment Fund) to take control of Newcastle earlier this month. 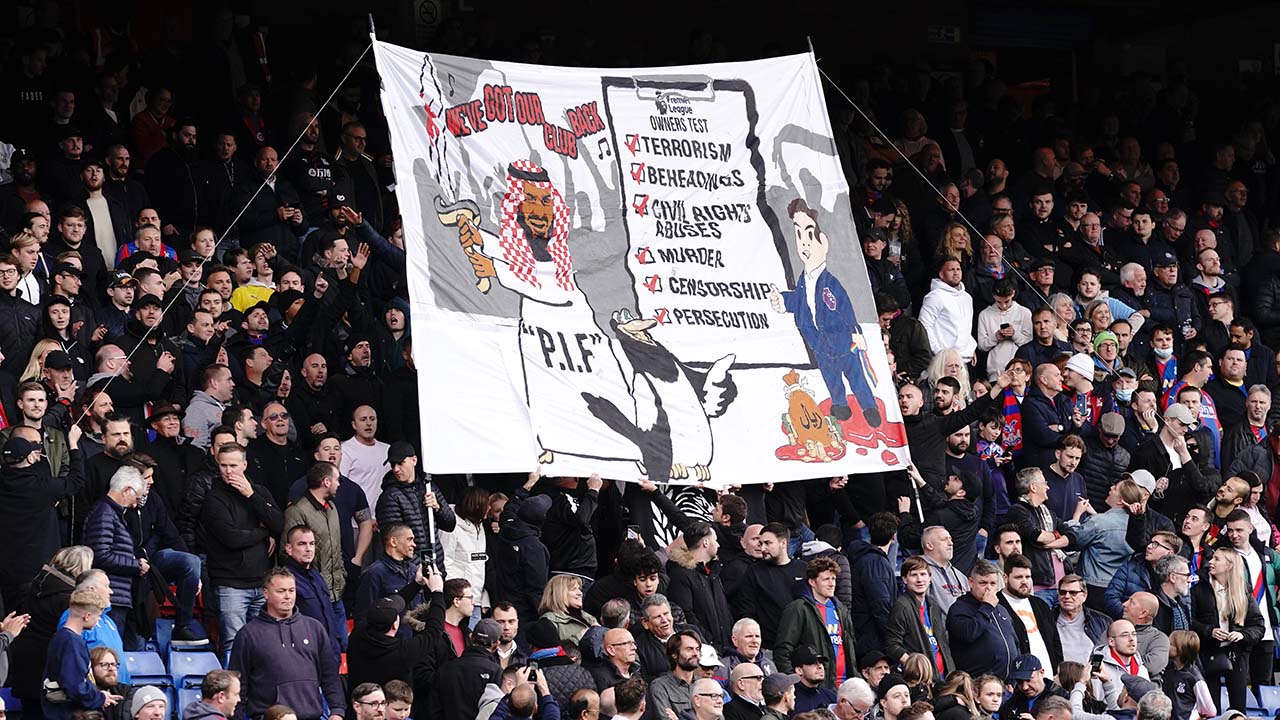 Crystal Palace fans with banner criticising the new ownership of Newcastle United. Police have confirmed that no further action will be taken regarding an investigation into a banner unveiled by Crystal Palace fans. Issue date: Monday October 25, 2021.

A statement from the official Croydon Metropolitan Police Twitter account read: "On Saturday, a member of the public contacted us to raise concerns about a banner displayed at the Crystal Palace vs Newcastle match at Selhurst Park.

"Following an assessment, officers have concluded that no offences have been committed. No further action will be taken."

Earlier this month, Newcastle had released a statement calling on fans to no longer wear traditional Arabic outfits, unless they normally do so.

In a statement released on the same day they sacked manager Steve Bruce, Newcastle's owners insisted no-one among the ownership group took offence to the outfits, but asked for sensitivity to others moving forward.

Newcastle United is kindly asking supporters to refrain from wearing traditional Arabic clothing or Middle East-inspired head coverings at matches if they would not ordinarily wear such attire.

No-one among the new ownership group was in any way offended by the attire of the fans who chose to celebrate in this way. It was a gesture that was acknowledged as positive and welcoming in its intent.

However, there remains the possibility that dressing this way is culturally inappropriate and risks causing offence to others. All visitors to the club are, as always, encouraged to wear whatever is the norm for their own culture or religion, continuing to reflect the broad and rich multicultural communities and groups from which the club proudly draws its support.