Tuesday night certainly did not go to plan for Neil Lennon and Celtic; the fourth time in six seasons that they have crashed out of the Champions League qualifying stage.

Speaking to Off The Ball, BBC Sport's Tom English pinpointed what went wrong for the Hoops against CFR Cluj.

“Callum McGregor was taken out of his position of defensive midfielder and put to left-back.

“He was put there because the guy that they’ve signed to replace Kieran Tierney, Bolingoli who they got for €3m, isn’t up to it on the early evidence of this season.

“So they needed an emergency option because Neil Lennon didn’t trust Bolingoli to play left-back," he said.

English said Lennon's gamble did not pay off and it was the main reason they failed to progress.

“McGregor goes in at left-back and it destabilises the midfield and Cluj take advantage. Dan Petrescu probably couldn’t believe what he was seeing.

“The amount of space that they were afforded in the middle of the park was incredible because McGregor wasn’t there.

"It was a huge tactical blunder from Neil Lennon."

Despite being critical of Lennon, he feels that some of the criticism that has been directed at him has not been justified. 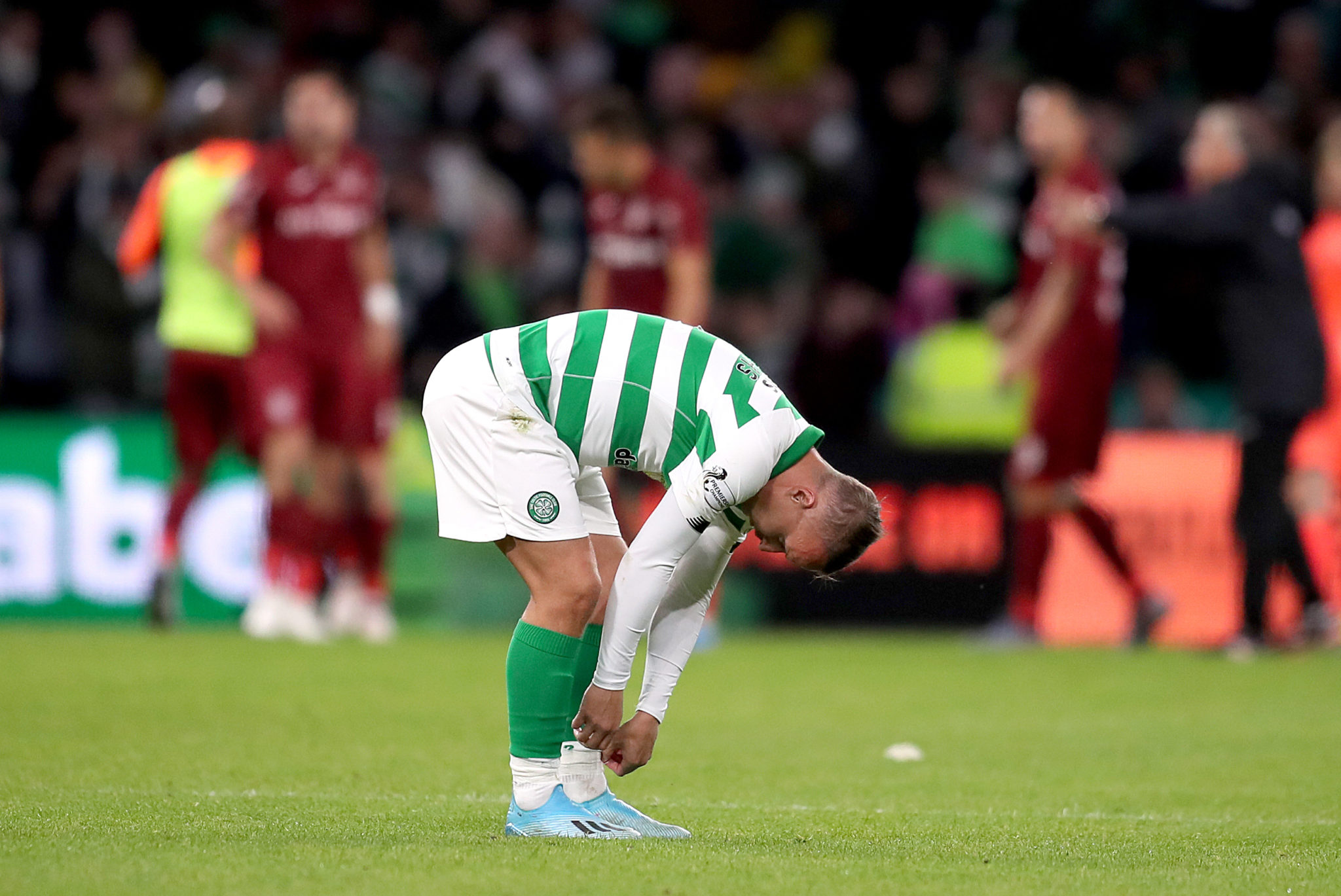 “I think that’s way over blown all that stuff [Lennon's perceived tactical naivete]; With Brendan Rodgers, if you get a reputation for being an early riser you can stay in bed all day long.

“Brendan Rodgers has this reputation of being a “cosmic” coach and that will be with him forever.

“Neil Lennon has a reputation of a being a bit of a dinosaur and I think it’s a false picture.”

Unfortunately, Lennon has been subjected to sectarian abuse since his return to Celtic Park and English said it's something he is just used to now.

“Somebody throwing a coin at him has been the least of his worries. He's been physically assaulted, he has had graffiti saying "Hang Neil Lennon" outside Tynecastle, he's had the most horrendous abuse for a long period of time.

"The odd time when he is being verbally assaulted at various grounds for being a "Fenian b*stard", the odd time he will cup his ears and make a gesture.

"You've been subjecting this guy to verbal abuse for 90 mins and now you're protesting about cupping his ears at you?" he said.