Tottenham went ahead in the 40th minute through Son Heung-min, before conceding three unanswered goals in the second half.

The match was not without it's controversies, though, as Spurs were denied a goal earlier in the match through a VAR decision, while Paul Pogba was fortunate to not receive a red card for an elbow challenge on Serge Aurier.

Ole Gunnar Solskjaer is not holding back after more VAR drama! 🗣️

Speaking to Sky Sports after the match, United manager criticised the manner in which Son Hueng-Min reacted after contact to the face from Scott McTominay.

Speaking to media after these comments, Mourinho hit back at the United manager and his comments.

"Sonny is very lucky that his father is a better person than Ole," Mourinho said. "Because a father, you have always to feed your kids, it doesn't matter what they do.

"If you have to steal to feed your kids you steal. I have told Ole what I think about his comments."

🔴 "I don't understand anything anymore!"

🔴 "Maybe Pogba should get a red card for an elbow."

United were the focus of some crucial VAR decisions throughout the match. Speaking to Sky Sports after the match, Mourinho could not believe that United finished the match with all 11 men on the pitch.

"I think we were unlucky because maybe Pogba should have gotten a red card," Mourinho said. "From an elbow on Serge Aurier.

"If you are going to speak about VAR, maybe we have to go deeper than that."

When asked about the goal that was denied earlier in the match, the Spurs boss was at a loss for an explanation.

"You don't celebrate a goal because you are afraid of when you see the lines of offside, which was not the case in this game, but in some matches you don't really understand very well if he is offside or if he is not offside.

"The contacts we don't know. It is difficult to speak about that after a defeat. I don't feel really comfortable." 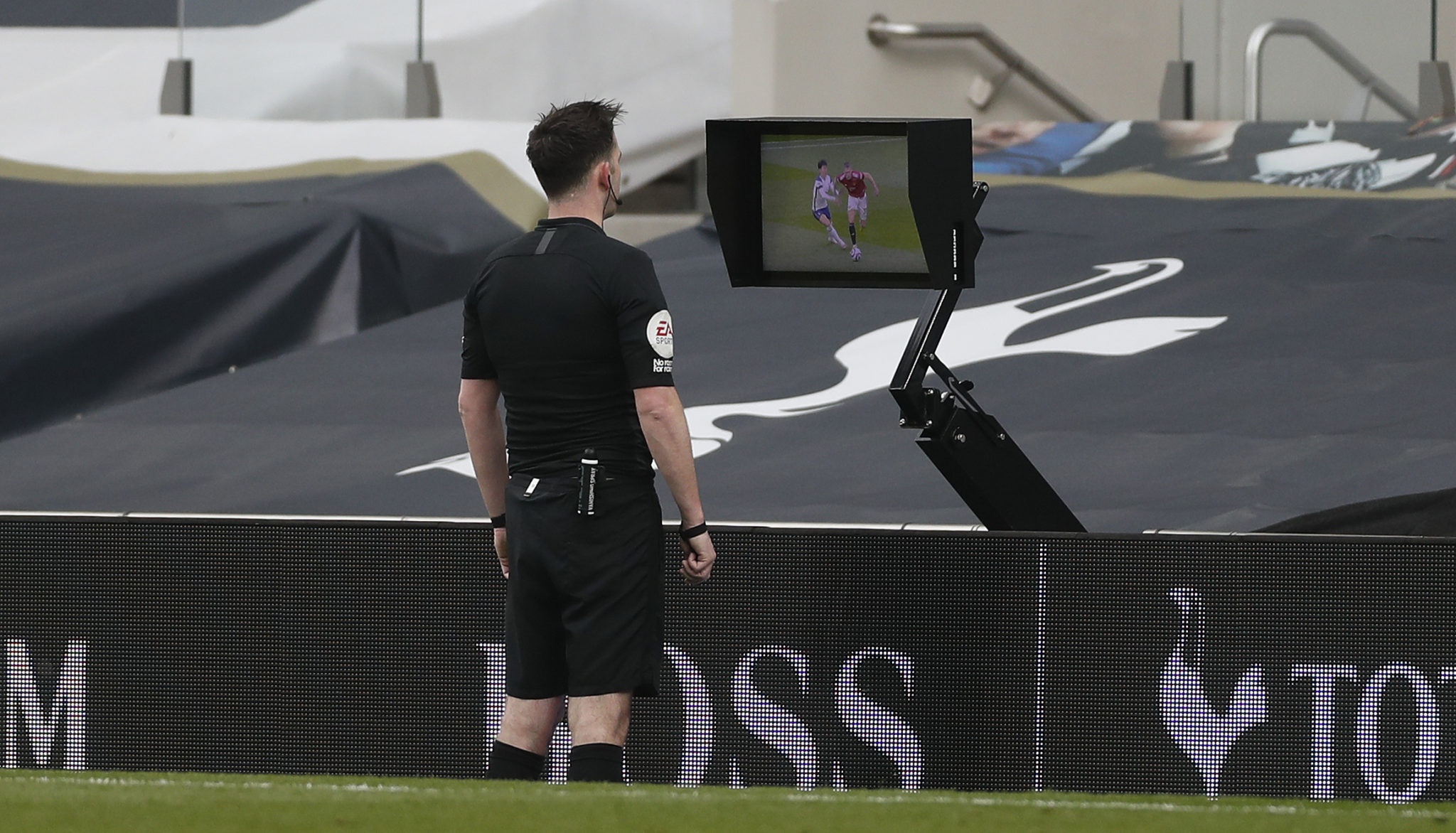 Referee Chris Kavanagh reviews the VAR before ruling out a goal for Manchester United's Edinson Cavani (not pictured) during the Premier League match at the Tottenham Hotspur Stadium, London. Picture date: Sunday April 11, 2021.

Not willing to go any deeper with his criticisms, Mourinho praised the efforts of his players and congratulated United on their win.

"It is really hard for me to be with you media," Mourinho said. "When I go deeper on analysis, I don't feel very comfortable, so I just stay like that.

"I prefer just to praise my players for their efforts. I believe they gave everything they had. I believe that they deserved more than what they got.

"I praise Man United for their victory and I prefer to stay like this."