Shelbourne FC manager Ian Morris will leave the club at the end of the season, after three years as senior men's team manager.

Shelbourne FC manager Ian Morris will leave the club at the end of the season, after three years as senior men's team manager.

The news was confirmed by the club in a statement on Monday, with the outgoing manager confirming that he will not be staying at Tolka Park next season.

Morris took the Shels to two titles in his three seasons at the helm, having no prior management experience before his appointment at Tolka Park, with a 67% win record in competitive matches.

As part of the statement released by the club, Shelbourne FC Chairman Andrew Doyle thanked the 'Shelbourne legend' for his dedication to the role since his appointment three years ago.

“It is with great regret that we announce that Shelbourne FC Men’s First Team Manager, Ian Morris, has decided to step down with effect from the end of this season," Doyle said.

"Ian Morris is and will always be a Shelbourne Legend. His record as manager speaks for itself. Ian’s professionalism, people skills, commitment, work ethic and integrity are of the highest calibre.

"Ian will always be welcome back at Tolka Park. I know I speak for everyone at the club when I wish Ian the very best in the future and continued success in the game (except of course against us!).

“Our final game of the season at Tolka Park this Friday is the ideal opportunity for us all to express our appreciation to Ian and celebrate his achievements, and that is what we will do." 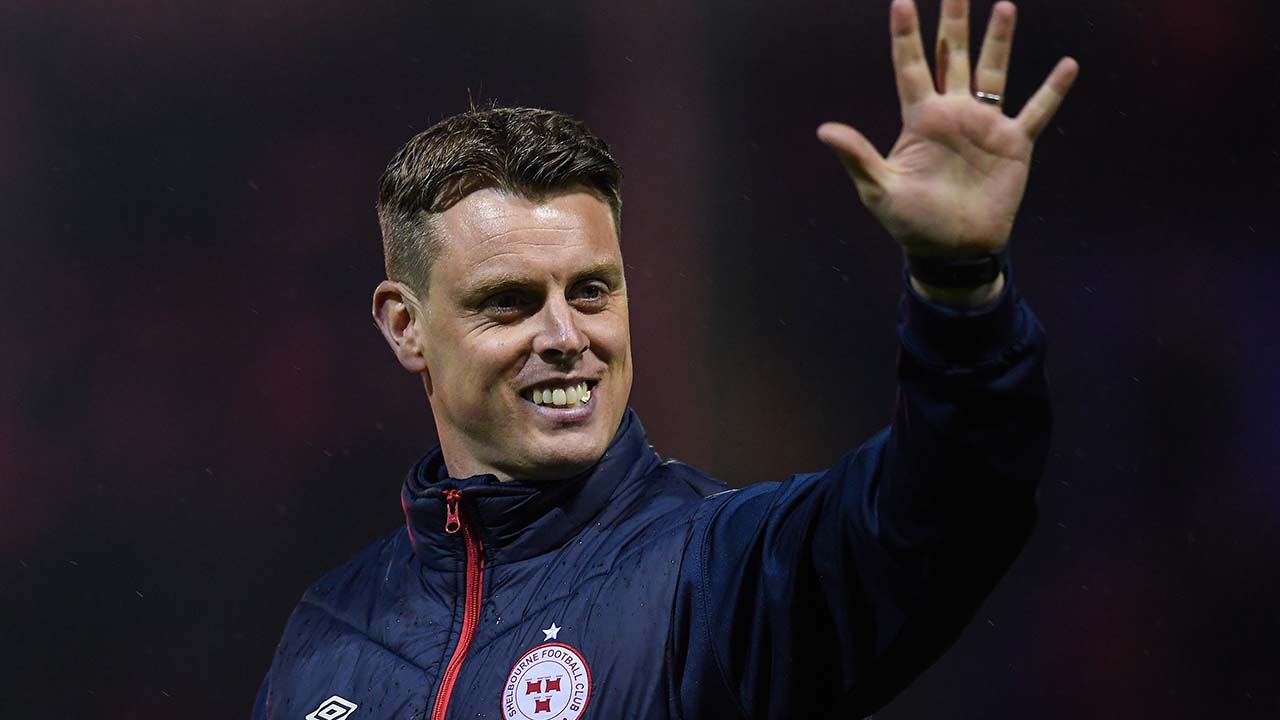 Morris thanked the fans and the management for the support that they gave him throughout his tenure as Shels manager.

“It is with a heavy heart but the time has come for the club and myself to part ways," Morris said in the statement. "At the end of the season I’ll be stepping down as First Team Manager.

“I would like to thank Andrew Doyle, Joe Casey, Dave O’Connor and the board of directors for the opportunity to manage this fantastic club.

"The hard work and effort of the volunteers at the club is absolutely mind blowing, and the club would not function without you.”

“To all my staff and players that have helped me over my tenure, I would like to sincerely thank you all for your hard work and support. A special mention to Mr. Shelbourne himself, Johnny Watson, you are an absolute diamond. Never change!”

“The transformation in attendance from 2018 to now is absolutely amazing. The fans are the lifeblood of any club, and the Shels fans have been our 12th man.

"The connection with the players and staff is brilliant, and I hope you keep getting behind them to drive them on. Thank you for your support.

"I’m extremely proud to have managed this great football club. I wish Shelbourne FC and everyone connected with the club continued success in the future.”

Ian Morris to stay on as Shelbourne manager in First Division