"I'm back on the market" | McCarthy bids farewell to Ireland fans

After concluding his second stint in charge of the Republic of Ireland on Saturday, Mick McCarthy...

"I'm back on the market" | McCarthy bids farewell to Ireland fans

After concluding his second stint in charge of the Republic of Ireland on Saturday, Mick McCarthy has taken a moment to praise the Irish fans as he takes his leave.

Amid much uncertainty surrounding Mick McCarthy, Stephen Kenny and who would take the Republic of Ireland forward when football eventually resumes, it has now been confirmed that Kenny, who had hitherto been in charge of Ireland's U21s, is the man to take the senior team forward.

Speaking to FAI TV on Saturday evening, Mick McCarthy, who now concludes his second stint in charge, took a moment to praise the Irish fans.

"I said on December 1, 2018 when I took the job that I'd be leaving on July 31 come what may," he recalled. "I said I was leaving, that's still the case, albeit of course it has been brought forward because of what's happening worldwide."

Citing the "extraordinary circumstances" in which the decision has come about, Mick McCarthy nevertheless admitted that he was disappointed that it had had to end like this.

"Stephen's been contracted to take over in August," he noted of his successor in the role, "and good luck to him, he'll get the chance now to qualify.

"I've spoken to some of the staff, the nearest and dearest, and I just wanted to thank them all for all that they've done, the commitment they've shown and their professionalism.

"When I look back now at the first game against Gibraltar on an astroturf pitch and it blowing a gale, when we just scraped through, I said at the time that it was about the result and that is what mattered.

"We only lost one out of the 10 and that was in Switzerland away, the best team in the group. It's been brilliant, I've loved being back and have thoroughly enjoyed it.

"I think I'm leaving Stephen with a healthy balance to be quite honest." 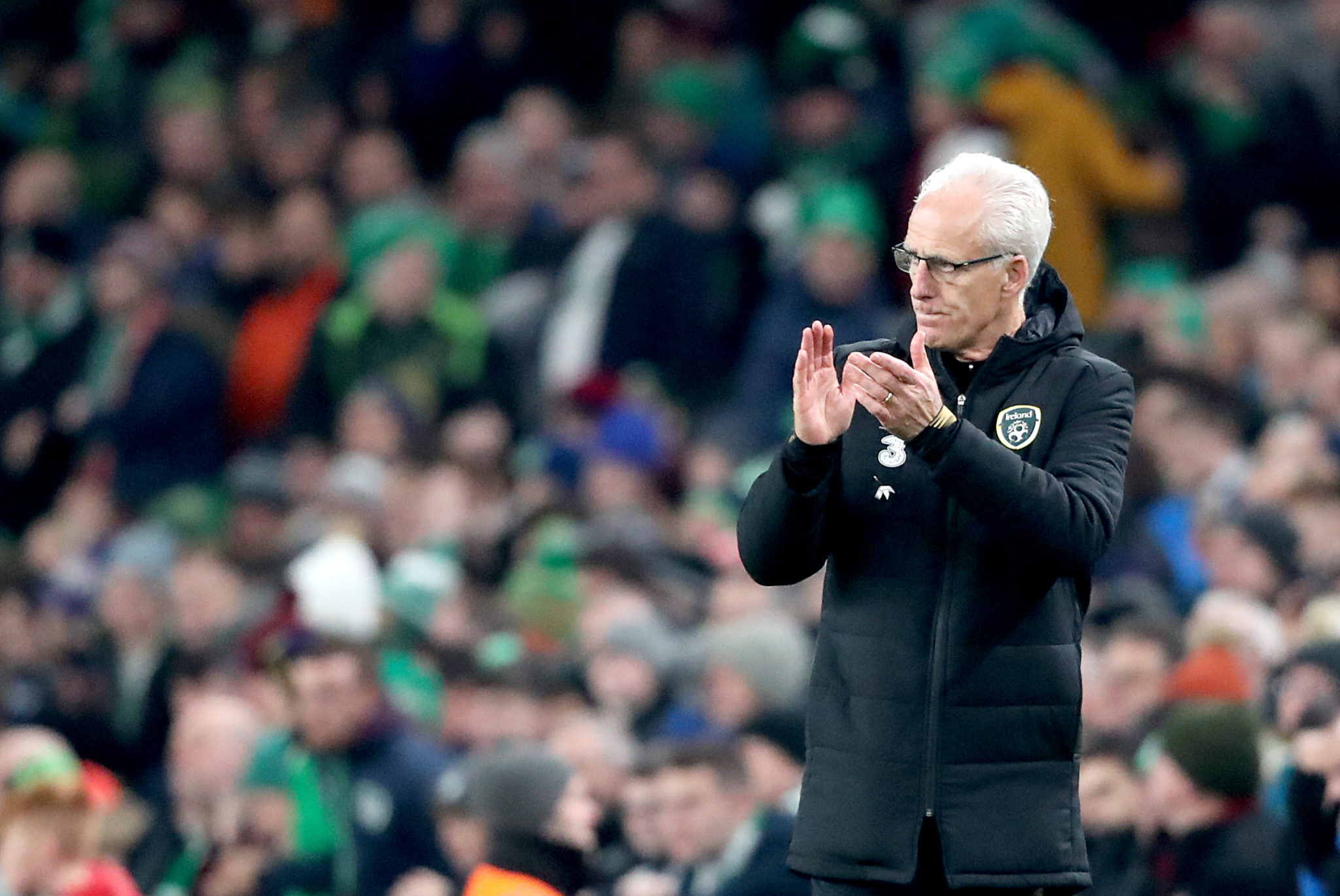 Republic of Ireland's Mick McCarthy gestures on the touchline during the UEFA Euro 2020 Qualifying match at the Aviva Stadium, Dublin.

Adamant that he has no intention of stepping away from football after this departure from Ireland, he is admittedly pleased to put to bed any speculation regarding his future in this particular role.

"I support the decision," he explained, "because it is only fair that Stephen gets his chance. It is bittersweet, but I fully support it.

"[But], I'm back on the market now so I can look for a job with impunity."

You can watch Mick McCarthy's interview in full here.