Mick McCarthy has indicated that a lack of game-time at club level is behind Shane Long's absence...

Mick McCarthy has indicated that a lack of game-time at club level is behind Shane Long's absence from the latest Ireland squad.

The Southampton striker had been included in the 40-man long-list for the upcoming Euro 2020 qualifier against Switzerland and the friendly against Bulgaria.

But he was not kept on board in the final 25-man selection. And when Sean Maguire had to pull out due to a freak eye injury, James Collins of Luton Town was brought in to bolster the striker ranks instead.

Long was a second half substitute for Southampton against Manchester United on Saturday. Those 28 minutes were the 32-year-old's first of the Premier League season and he did also feature for the Saints in the EFL Cup.

"I would've thought if anybody analyses the players who are in the squad, that the strikers that I picked, they've all been playing," he said.

"Sean Maguire was playing regularly and scoring. Scott Hogan started and Shane just wasn't playing in any games. So my logic is and the way I want players to play is they need to be playing." 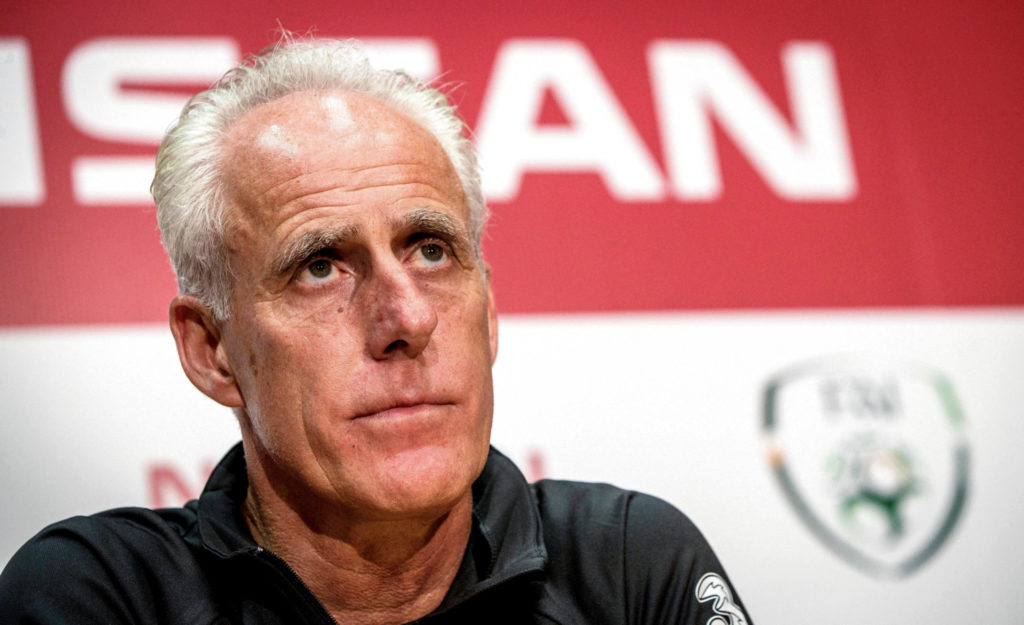 Aside from the case of Shane Long, McCarthy also touched on his namesake James McCarthy. The former Everton midfielder has made the switch to Crystal Palace in the off-season after an injury-ravaged couple of years.

The midfielder has pulled out of the current squad to rebuild his fitness at Palace. And McCarthy also confirmed the 28-year-old would not have featured against Switzerland in any case.

"I can understand where he's coming from," said the Ireland manager.

You can watch the full press conference on YouTube via our channel.