In the immediate aftermath of Mick McCarthy's departure as manager of the Republic of Ireland, former internationals Gary Breen and Damien Delaney disagreed over the legacy he leaves behind him on Off The Ball.

Although it remains to be seen when professional football will return and Stephen Kenny possesses a firm idea of when his first game in charge of Ireland will take place, there exists a firmer footing upon which Mick McCarthy's second stint with the national team may now be judged.

The third-placed team in a European Championships qualifying group from which Switzerland and Denmark progressed, the Nations League legacy of Martin O'Neill's era resulted in a secondary chance for McCarthy's side to qualify, nevertheless.

Yet, to what other degrees did McCarthy's tenure rely upon the example set by O'Neill?

Since taking over the role with admittedly short notice in late 2018, has the second coming of Mick McCarthy resulted in a notable upturn in Ireland's performances; if not necessarily the results?

On this topic, two former internationals, Gary Breen and Damien Delaney, disagreed whilst speaking on Off The Ball. 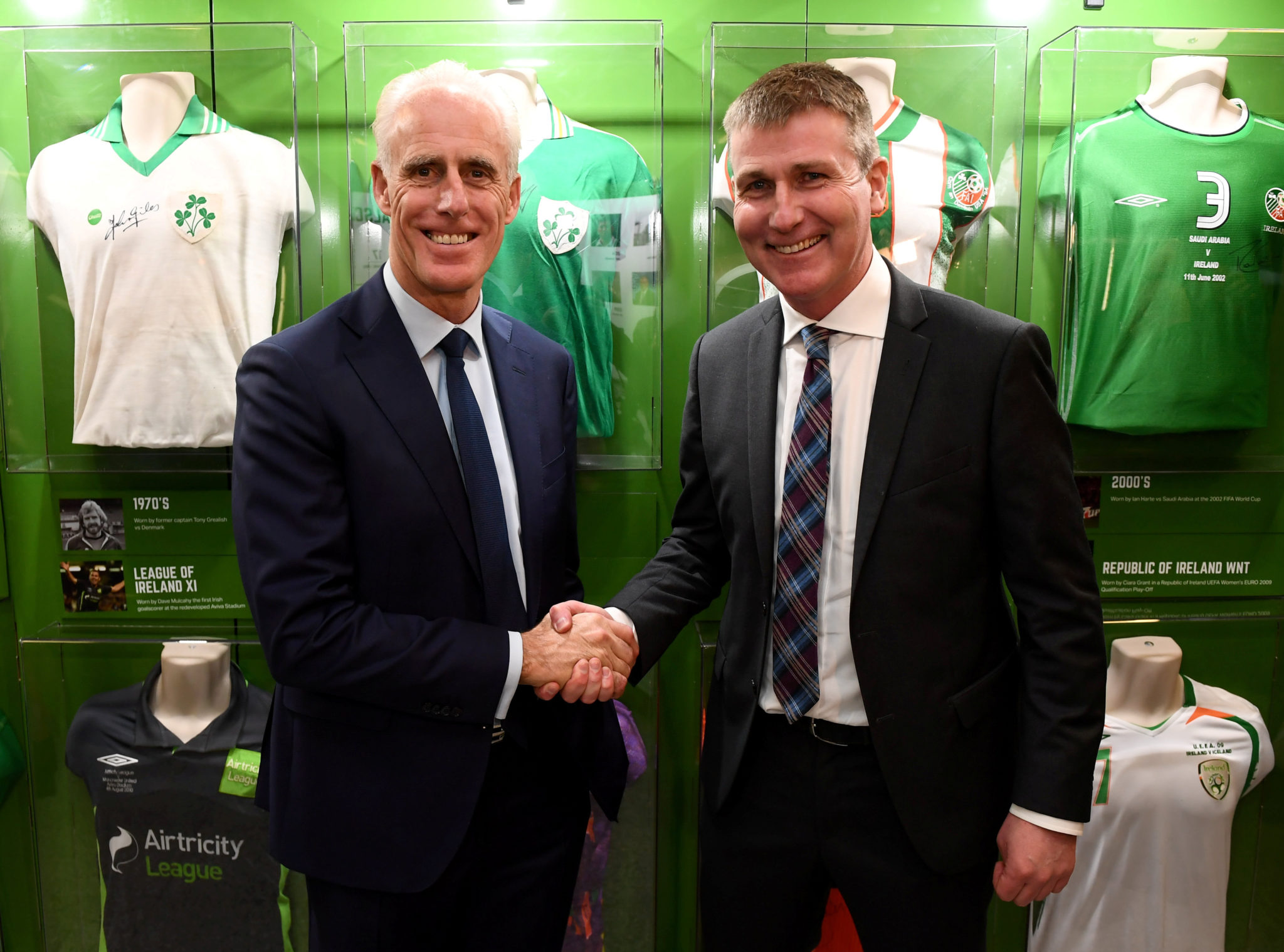 Although both pundits are hopeful that Stephen Kenny's tenure in charge of the senior squad possesses the same positive outlook that surrounded his short-lived spell with the Republic of Ireland U21s, Breen, who played under Mick McCarthy during his first spell as manager, urged caution.

"Sometimes it needs to be aimed at people like Damien who think that suddenly Ireland are going to be throwing the ball out to centre-halves," he said in response to comments made by journalist Daniel McDonnell about Kenny's necessary pragmatism, "and that this is going to be the most expansive team we've ever seen.

"Damien, you've said about the starting positions of defenders and [Kenny] giving them confidence, Mick McCarthy would have done all of that, regardless of what you're saying about the results.

"We saw centre-halves playing up on the half-way line [under McCarthy] to congest that midfield. It was in stark contrast to our centre-halves only defending that 18-yard box [as it was under O'Neill].

"If you didn't see that, I'd be very surprised bearing in mind how experienced you are as a player. Mick made a massive difference in terms of what he gave to those players.

"I believe that absolutely."

In stark contrast to Gary Breen's outlook, Damien Delaney, while not stating that McCarthy's tenure had been a complete extension of O'Neill's, doesn't believe there was much growth evidenced.

"I couldn't disagree more," he explained. "It was still the same template of just go out and attack or defend, we never had any real plan about how to keep the ball or move it through the different thirds of the pitch. 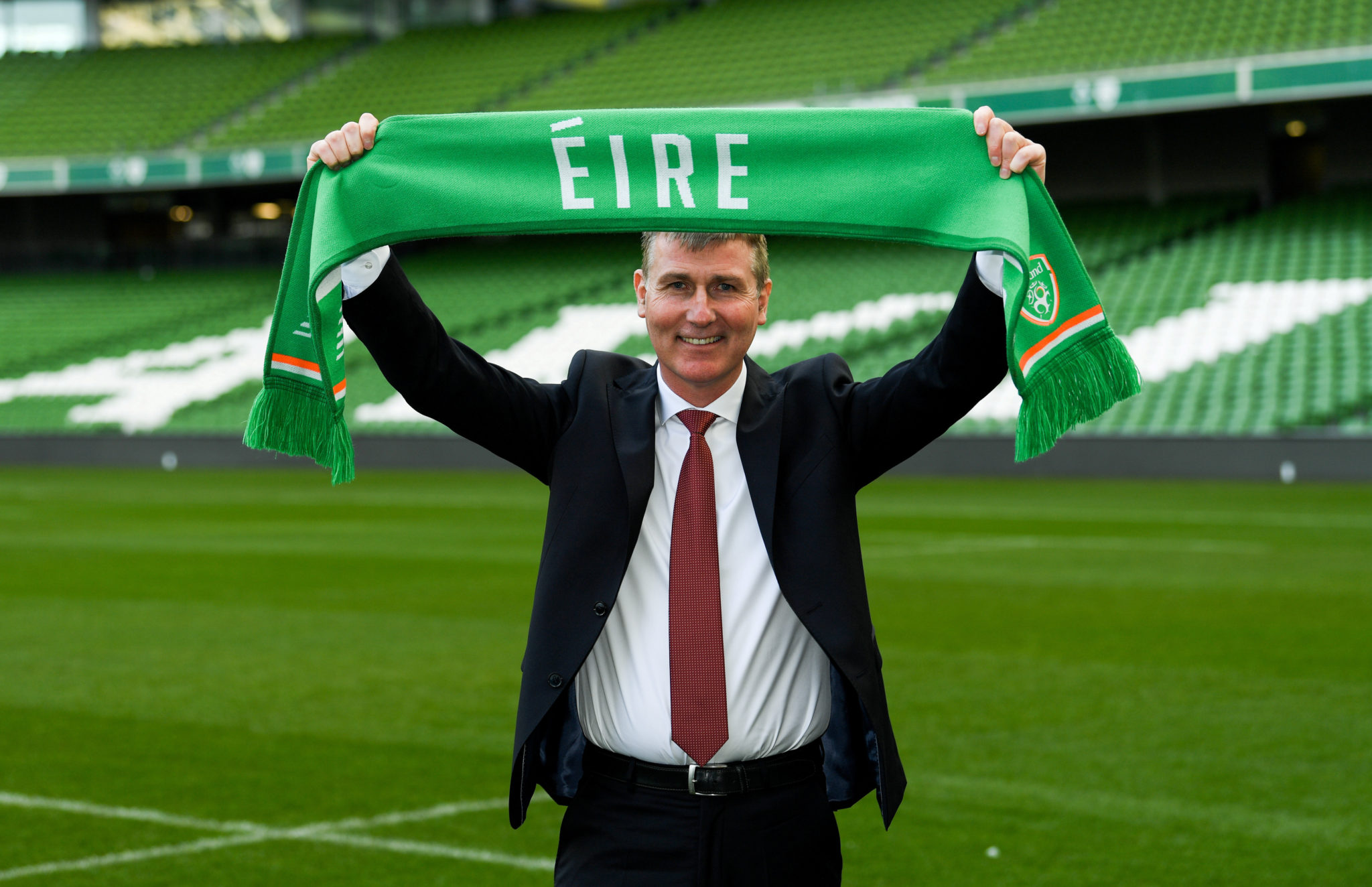 As Ireland's failure to qualify for the European Championships through their qualifying group demonstrated, results under Mick McCarthy didn't necessarily show much signs of improvement compared to the O'Neill alternative.

Nevertheless, Breen remained adamant that the work being done behind the scenes ensures that Stephen Kenny will inherit a superior set of circumstances from McCarthy than the departing boss received from O'Neill.

"It has changed massively in terms of the work being done on the training ground," he argued. "It has, just listen to the players in terms of what they're saying.

"Now, listen, in terms of results I'm not trying to pull the wool over anyone's eyes. I've been massively disappointed with the performances, but I don't think that that comes down to them not being coached on the training ground."

In the end, both men concluded that the decision to push forward with Stephen Kenny should serve Ireland going forward, but neither knows exactly to what degree.