As he outlined his disappointment with the standard of governance within the FAI across the last six months, Fianna Fáil TD Marc MacSharry assured Thursday's OTB AM that his issues with the association are deep-rooted.

Between official statements of his concern in the Dáil, an article he penned for the Sunday Independent, and this morning's appearance on Thursday's OTB AM, Fianna Fáil TD Marc MacSharry has been persistent in his criticism of the FAI's standards of governance in recent months.

An elected TD for Sligo-Leitrim since 2016, MacSharry, who is the son for former Fianna Fáil cabinet minister Ray MacSharry, has spent most of his 18-year career in public office serving as a senator (2002-16).

In his appearance on Thursday's OTB AM, the question was put to MacSharry why he appeared to have only taken an interest in the FAI's goverance across recent months given the revelations that have emerged regarding the previous regime.

"I don't expect you to cover all hearings in the Oireachtas," he began, "but if you go back to my time in the Senate you'll find that [I have commented on the previous regime]."

In one instance cited by MacSharry, Sligo Rovers' winning of the FAI Cup and the misspelling of the team's name on the players' medals gave him cause to speak up.

"They were spelled S-I-L-G-O," he recalled, proof in his mind that the association's focus with regard to the League of Ireland was someway short of what was required. It was one part of an issue concerning the FAI that MacSharry raised in the Seanad shortly thereafter, however.

"How is that just in a society? How much money on an ongoing basis does the likes of executives in the FAI — not to hone in on the CEO of that organisation — and many other agencies get?" 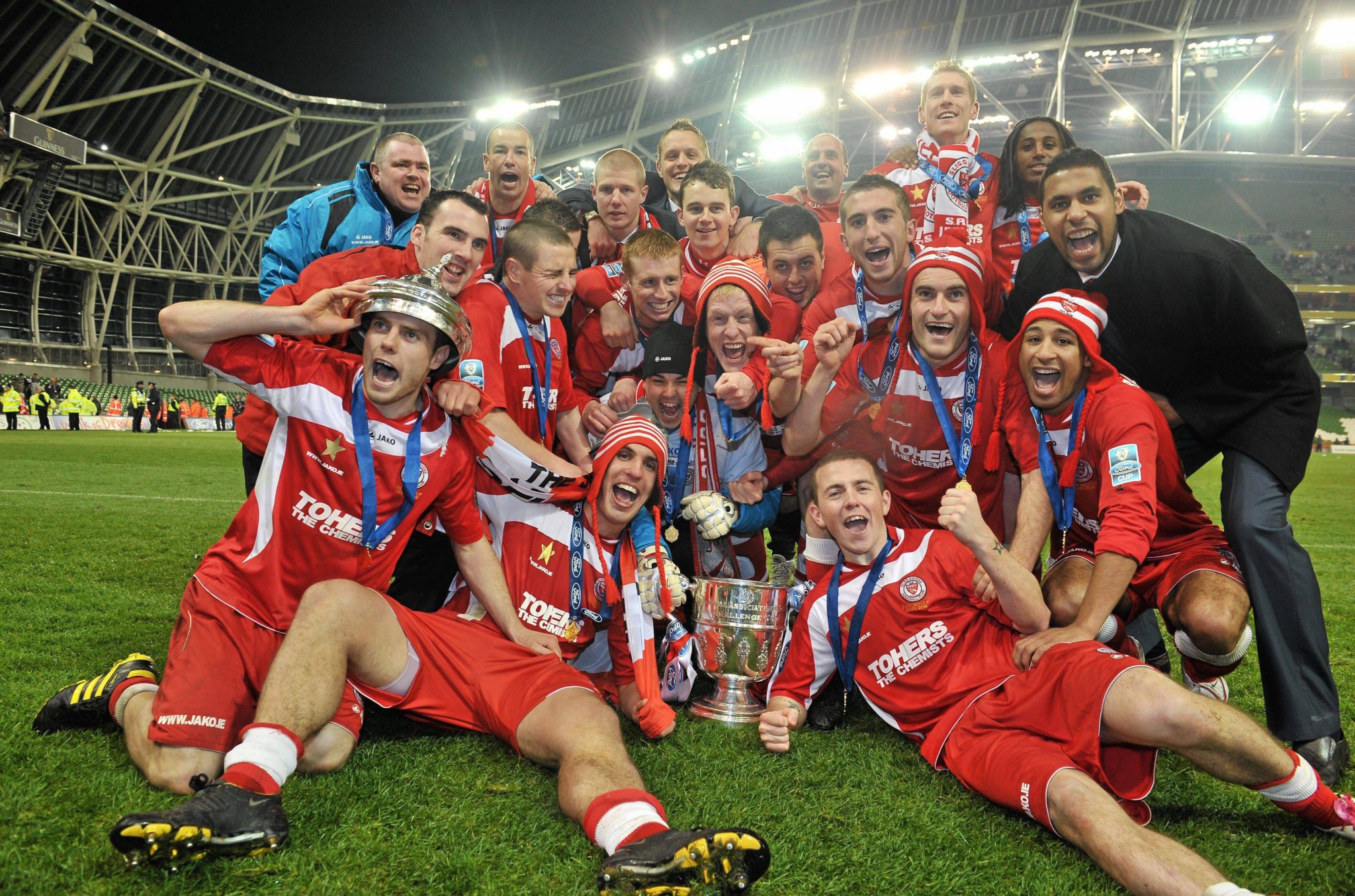 Although MacSharry suggested on Thursday's OTB AM that he may not have been sufficiently aware of the FAI's governance to raise concerns during the previous regime, his comments about the CEO's salary were not limited to that one instance.

"The prize fund for the entire league is merely 25% of the salary of the chief executive officer," he remarked in the Seanad shortly after Sligo Rovers had won the League of Ireland title in 2012.

"The CEO of the FAI is a fine man doing a good job but surely he could survive on €160,000 and increase the prize fund available to the league champions to €300,000.

"We give €3.4 million in State money to an organisation that pays some of its staff and managers well in excess of European norms within the sport."

In accounting for the recent switch of emphasis he has made regarding the FAI's governance, Marc MacSharry rejected the notion that his outspoken stance was the result of any potential benefit that it may serve for certain figures within the association.

"The entire tone of your approach to me," he remarked of the questions asked of him, "is that in some way I'm here batting for the old regime, and you're wrong on that. That's the view of former Minister for Sport Shane Ross as well, but no matter how many times you say it, that doesn't make it the truth.

"I think where you're coming from, Ger, is that, 'Oh, here's Marc MacSharry, the Trojan Horse for the bad guys of the past.' I am batting for good governance."

Brexit and Irish football | Are we prepared for the changes on the horizon?

Domestic leagues to trial the use of concussion substitutes