Manchester United were a "complete and utter mess" during their chastening 2-0 defeat to Manchest...

Manchester United were a "complete and utter mess" during their chastening 2-0 defeat to Manchester City, according to Mark Lawrenson.

Lawrenson joined John Duggan, Dan McDonnell and Johnny Ward on OTB Football Saturday to analyse a completely one-sided derby that could be the final nail in the coffin for Ole Gunnar Solskjaer.

"The problems are still there. They sat there with five at the back and they are not doing anything.

"There is no need for three centre halves. You can actually push two into midfield, almost like a shield if you wanted, and just have one centre-back.

"Honestly, you sit there watching it and we, quite rightly, go 'wow' about City, the pace of their passing, absolutely brilliant but it looked like they had 14 men to United's 11.

"I really do not get it. I do not know what the brains trust at Manchester United is doing there looking at this game.

"You have got to chuck loads of people into midfield to stop City having the ball. It really is that simple. In all honesty, in the first half, it could have been four or five quite easily.

"You just wonder where Manchester United go from here after today's performance." 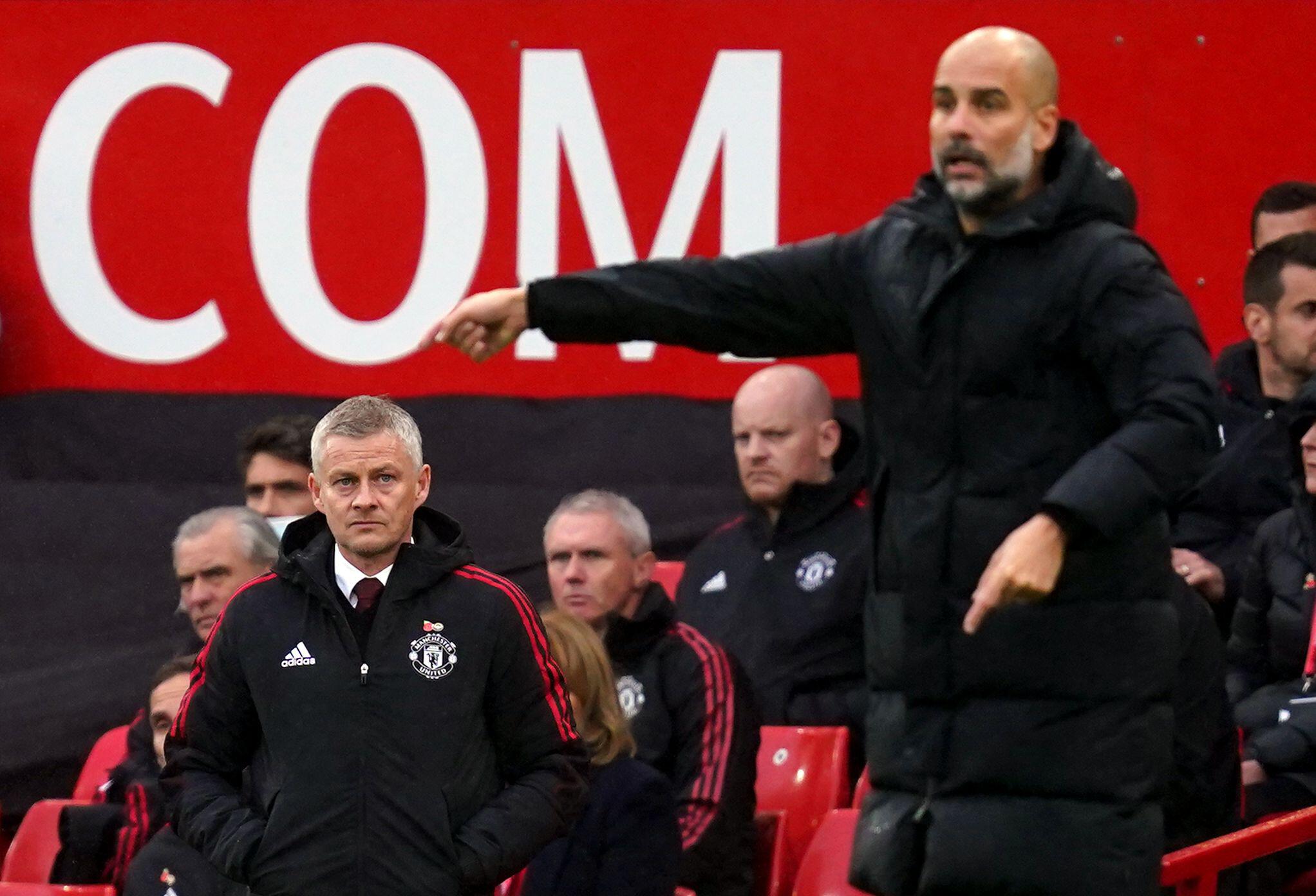 Without a league game for another two weeks, the pressure will now ramp up on Solskjaer.

Lawrenson would not be shocked if the hierarchy at Manchester United used the international break to act and relieve the manager of his duties after a poor start to the current campaign.

"It is international week and that might be really bad for Solskjaer because the management behind the scenes at United will no doubt be having a chat and saying 'well if we are going to do it and say thanks but no thanks this is maybe the time' as you have two weeks to get a new manager in," Lawrenson said.

With Antonio Conte now off the market, it is difficult to handpick a ready-made replacement for Solskjaer at this juncture. However, Ward believes that the axe will fall on the Norwegian before Christmas.

"I do not really see Ole surviving past Christmas," he admitted.

"At the moment, they are not going anywhere. They are going backwards fast. They were insipid today. They were absolutely pathetic."