Man United vs Chelsea: A tale of two forward lines

Space for Tammy Abraham on the edge of the box and bang!

That wasn't just the shot that fired from the Chelsea striker's boot. But it was also the sound as his effort rattled off the post just four minutes in.

On such moments do match trajectories swing. And it swung decisively towards Manchester United as their swift forwards laid waste to a porous Blues defence.

I want to focus in here on Anthony Martial and Marcus Rashford. The duo scored three between them in Sunday's unexpected 4-0 rout including one from the spot for Rashford.

But how did they dovetail and why did it work?

With Romelu Lukaku sold, it appears as if Ole Gunnar Solskjaer will rely on a more fluid front-line. The Belgian has been their most reliable finisher in his two years at the club.

But while he offers pace, power and regular goals, his first touch can be akin to a space hopper in a bouncy castle. Plus, he's more static than the two forwards left behind.

Rashford and Martial both want to play in the centre-forward role though. But against Chelsea, while both tended to pull to the left if you look at the heat maps, Rashford nominally took up the left inside-forward role when Man United were out of possession - which they were for the most part against a Chelsea side that had more of the ball and also hit the woodwork twice.

But if you look at graphics of where they took their shots from, Rashford's were from more central areas, while Martial's angled in from the left. That highlights fluidity between two players who can occupy the same spaces i.e. left and central. 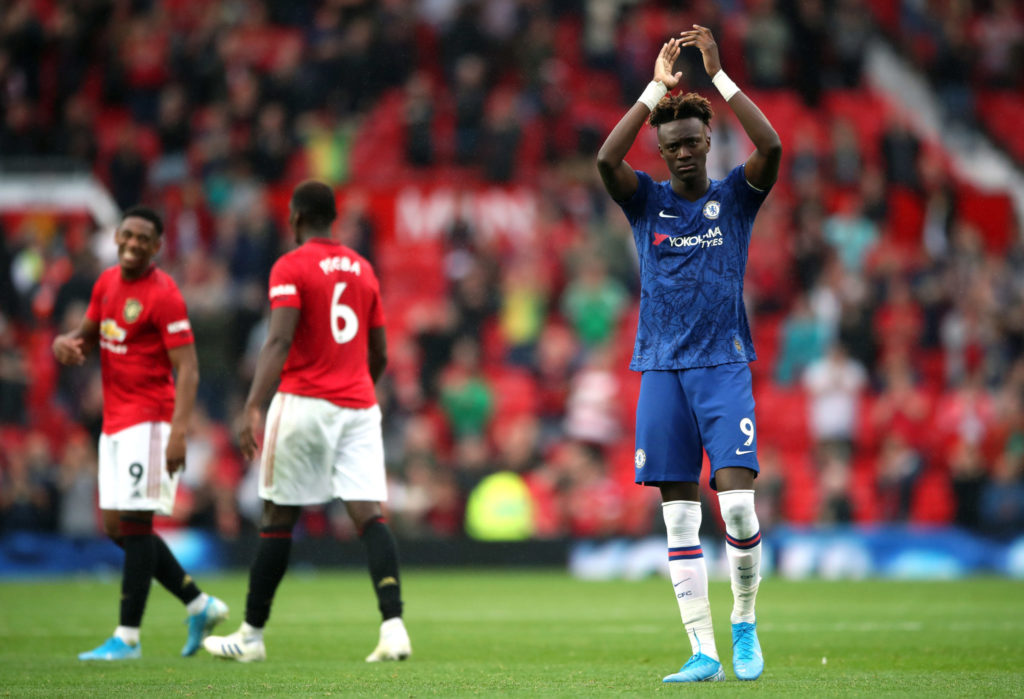 Chelsea's Tammy Abraham applauds the fans after the final whistle

Their way the game panned out also helped Man United's cause greatly.

Their platform hinged on the early penalty won when a combination of Rashford's pace and Kurt Zouma's clumsy attempt to tackle coalesced. Once Rashford converted, it meant a callow Chelsea side would have to chase. And also given the lack of adequate midfield protection, it meant acres of space for the Man United forwards as well as Paul Pogba - when he switched from his quarter-back role and broke free - to run into.

How would that game had panned out though if Abraham had given Chelsea the lead early on though? Given the personnel they started especially in midfield, it's unlikely Chelsea would have gone conservative.

But it would have forced United to chase rather than end up in a counter-attacking situation that suited their pacy forwards. What will be interesting to see now is how United cope against deep-lying defences or when they have to chase.

As for Abraham, he only had two touches in the box, excluding the one from the edge that he cracked off the post. That was from a total of 23 total in a match that became more isolating for him as the game slipped away.

He will get another chance to lead the line as he didn't let himself down.

'Manchester United is about 50 games a season, not moments' | Damien Delaney on Martial