Unspecified Arsenal players have been placed in self-isolation after meeting an coronavirus carrier, as their match with Manchester City has been postponed.

In the most dramatic sporting turn of the coronavirus so far, Arsenal confirmed that unnamed players have been placed into self-isolation as a precautionary measure.

The news comes after Off The Ball reported that Olympiakos owner Evangelos Marinakis was in attendance at Arsenal's home game against Olympiakos. He has since been diagnosed with having the COVID-19 strain of the infection.

The Manchester club released a statement late on Tuesday night outlining the reasons for the postponement.

"Manchester City’s Premier League fixture at home to Arsenal has been postponed," began the statement on the club website.

"The decision to postpone tonight's game has been taken as a precautionary measure on medical advice, after it emerged that personnel from Arsenal FC have come into contact with the Olympiacos owner, Evangelos Marinakis, who has been named as a positive case of COVID-19.

"Manchester City FC wishes Mr Marinakis a speedy recovery, and further information will follow in the coming days about rescheduled dates, but supporters are advised not to travel to Etihad Stadium for this fixture."

The Premier League have postponed our match with Manchester City on Wednesday night as a precautionary measure.https://t.co/qTX1QiXjZv

Marinakis wrote on his Instagram: “[the] recent virus has ‘visited’ me and I felt obliged to let the public know.

“I feel good as I take all the necessary measures and I discipline to the doctors instructions. I strongly advise all my fellow citizens to do the same. I wish all a quick recovery.”

Off The Ball spoke to Arsenal on Tuesday about the attendance of Marinakis at the Olympiakos match, and the club released this statement:

“Our home match with Olympiakos in the Europa League was played on Thursday 27th February and none of our staff who came into contact with him on that matchday have reported any symptoms since," the club said.

“We continue to follow strict protocols with regard to Coronavirus. We’re following the Government health guidelines and have additional procedures in place to protect our players and staff.

“This has included regular deep cleaning of areas used by players at Emirates Stadium and our training centre.”

In a statement this morning on the club's official website, Arsenal have confirmed the move as a precaution.

"Our Premier League match with Manchester City on Wednesday night has been postponed.

"Following yesterday's news that Olympiacos owner Evangelos Marinakis has recently contracted Covid-19, we have been taking medical advice and tracing any individuals who had what the guidelines define as close contact with him at the game 13 days ago. 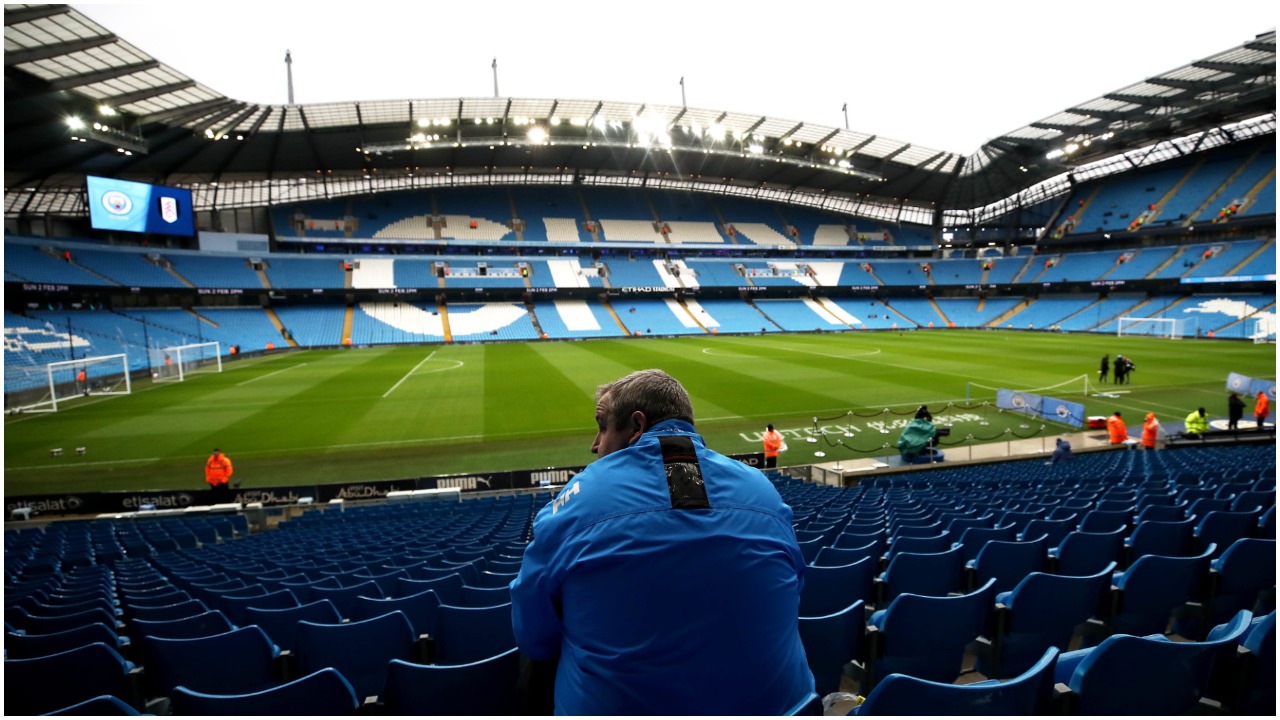 "As a result of this exercise we identified that a number of players met the Olympiacos owner immediately following the game.

"The medical advice we have received puts the risk of them developing Covid-19 at extremely low. However, we are strictly following the Government guidelines which recommend that anyone coming into close contact with someone with the virus should self-isolate at home for 14 days from the last time they had contact.

"As a result, the players are unavailable for tonight's match against Manchester City and the Premier League has decided the game should be postponed.

"The players will remain at their homes until the 14-day period expires. Four Arsenal staff - who were sitting close to Mr Marinakis during the match - will also remain at home until the 14 days are complete.

"We fully understand how disappointing this is for our supporters, in particular those who were travelling to Manchester for tonight's match. Tickets will be valid for the match when it's rearranged.

"As a further precautionary measure, whilst we do not believe there was any close contact with any other Arsenal guests or staff in the directors box restaurant, we are contacting them to advise they should follow the relevant advice if there has been any such contact.

"Everyone at Arsenal Football Club wishes Mr Marinakis a swift recovery and we look forward to the players and staff returning to work on Friday in preparation for our match at Brighton."