Liverpool have announced that the club raised €748,000 for the Seán Cox Rehabilitation Trust following the charity game between the LFC Legends and a Republic of Ireland XI.

Almost 27,000 turned out at the Aviva Stadium in April to watch a Liverpool legends team and a Republic of Ireland XI go head-to-head to raise money for Sean Cox.

Former Liverpool player and manager Kenny Dalglish took charge of the Reds and current Republic of Ireland boss Mick McCarthy was in the Irish dugout. 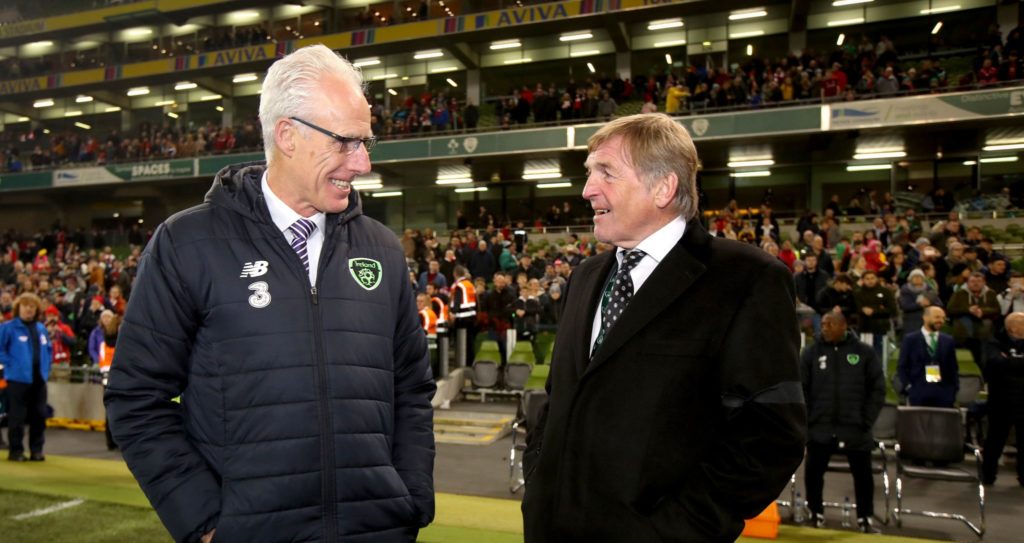 The 53-year-old father-of-three was attacked outside Anfield in April of last year before Liverpool's Champions League semi-final against Roma.

Liverpool CEO Peter Moore told liverpoolfc.com: "What happened to Seán was such a terrible tragedy – no football fan should go to a game and suffer what he and his family have endured.

"We have all been touched by what happened and whilst football is still a tribal game, we must come together to try to help in any way we can regardless of club colours.

"The support we have seen from football fans all over the world has shown that this game is special when everyone is united. It was incredible to see so many supporters come together and help support Seán.

"I would like to thank our fans for their unwavering loyalty in supporting this game, and also the Football Association of Ireland and its partners for their generous support in helping us deliver such a magnificent event.” 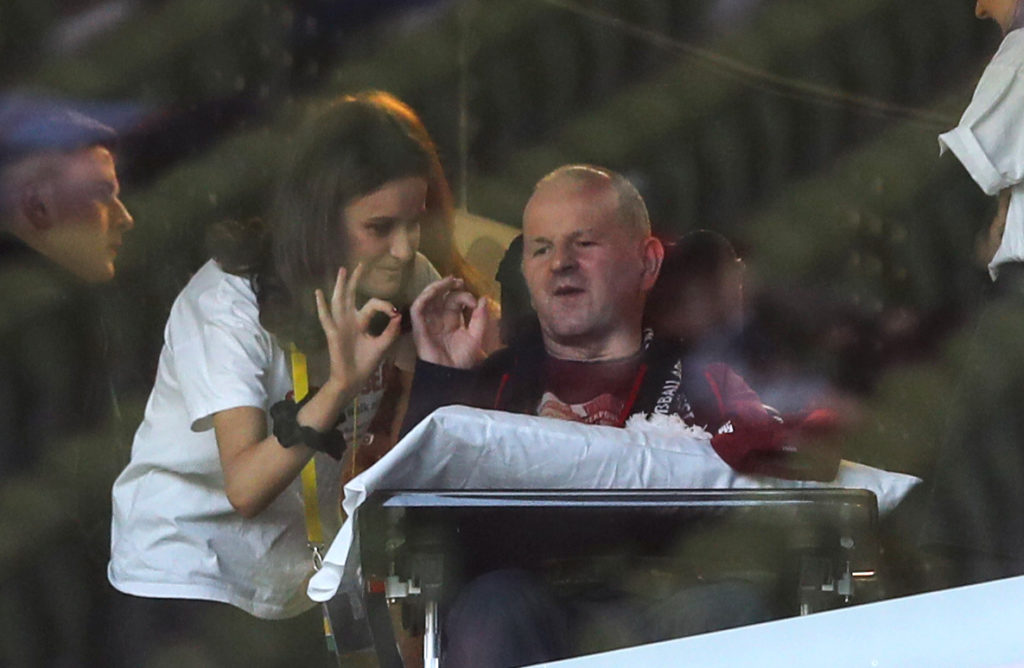 Martina Cox added: "We are humbled by the warmth and generosity that has been shown by Liverpool Football Club, its supporters and the people of this city in taking Seán into their hearts.

"While the doctors are pleased with his progress, it is slow and Seán himself is frustrated at not being able to properly speak or express himself or do the things he took for granted before the attack.

"Seán begins the next stage in his rehabilitation later this summer when he will travel from Dublin to a specialist neurological centre in Yorkshire. As a family we hope and pray that we get more of the old Seán back in the years ahead.”

The club said it looks forward to welcoming Seán and his family back to Anfield in the future.

You can still donate to the Seán Cox Rehabilitation Trust by visiting www.gofundme.com/SupportSeanCox.