The day was Wednesday, September 17th, 1980. 'Upside Down' by Diana Ross was the U.S. number one. David Lynch’s The Elephant Man was one of the most-watched films of the year, and the mighty Limerick City FC hosted Real Madrid in the European Cup. On the 41st anniversary of the game, a new short documentary has been released. It will be screened at numerous Irish festivals across the next couple of months.

Sit Down and Shut Up tells the “David vs. Goliath” tale about the opera of football, the city of Limerick, and a game that few remember but three men can never forget.

The short film is directed by award-winning filmmaker Cian O’Connor and is funded by Limerick Arts Bursary.

The short film features interviews with Limerick legends such as Des Kennedy, who scored their famous goal against the Spanish giants. Kevin Fitzpatrick, Limerick City’s goalkeeper, recalls his memories from the fixture and how the small side nearly toppled one of Europe’s best. Gary Spain, the historian of Limerick soccer, gives his rendition of events surrounding that time in Irish football. 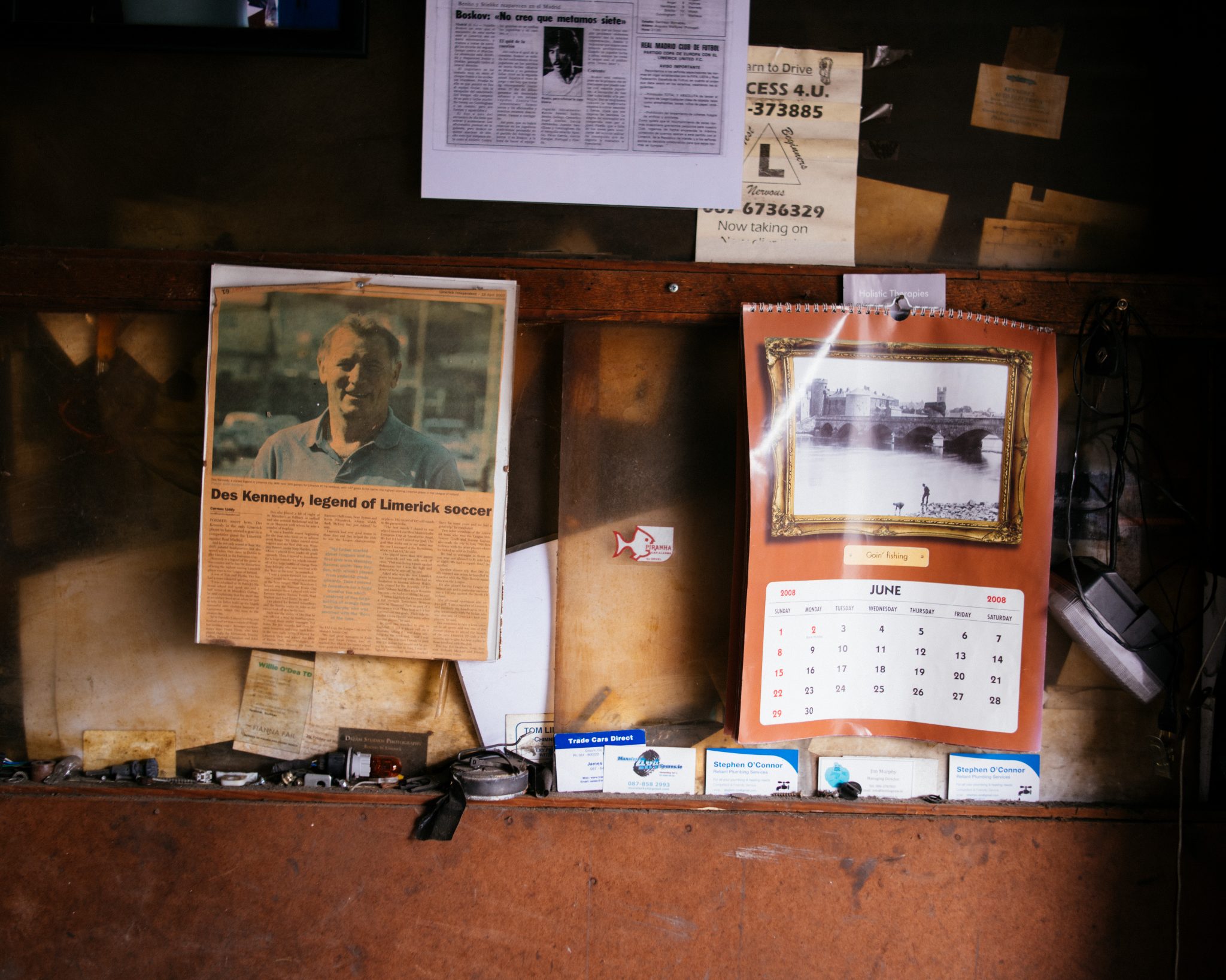 Director O’Connor says the idea for the film came about years after initially hearing about the unique story.

“I first heard the story many years ago when I was in a cab, and the taxi driver was a huge Limerick City fan,” O’Connor recalled. “In our short ride, he ended up telling me all these stories about the club – from Sam Allardyce starting his first manager role there to when Pat Nolan swapped jerseys with Kevin Keegan.

“Of course, he told me about the match against Real Madrid, but I forgot about it for a while. Flash forward 5 years later, I was in my final year in film school, and the memory came flooding back to me. I realised just how cool it was that Limerick actually played Madrid!

“So, I decided from there that this was going to be my next film. I was also really lucky to receive a grant from Limerick Arts Bursary to fund the film, and we shot it throughout 2020.”

The title of the film, “Sit Down and Shut Up” references the book “Stand Up and Fight,” detailing the time Munster beat the New Zealand All Blacks.

“Due to Covid, the production was delayed. At one point, everything was up in the air because the guys were all in the vulnerable category. So, we had to take extra precautions leading up to filming.” 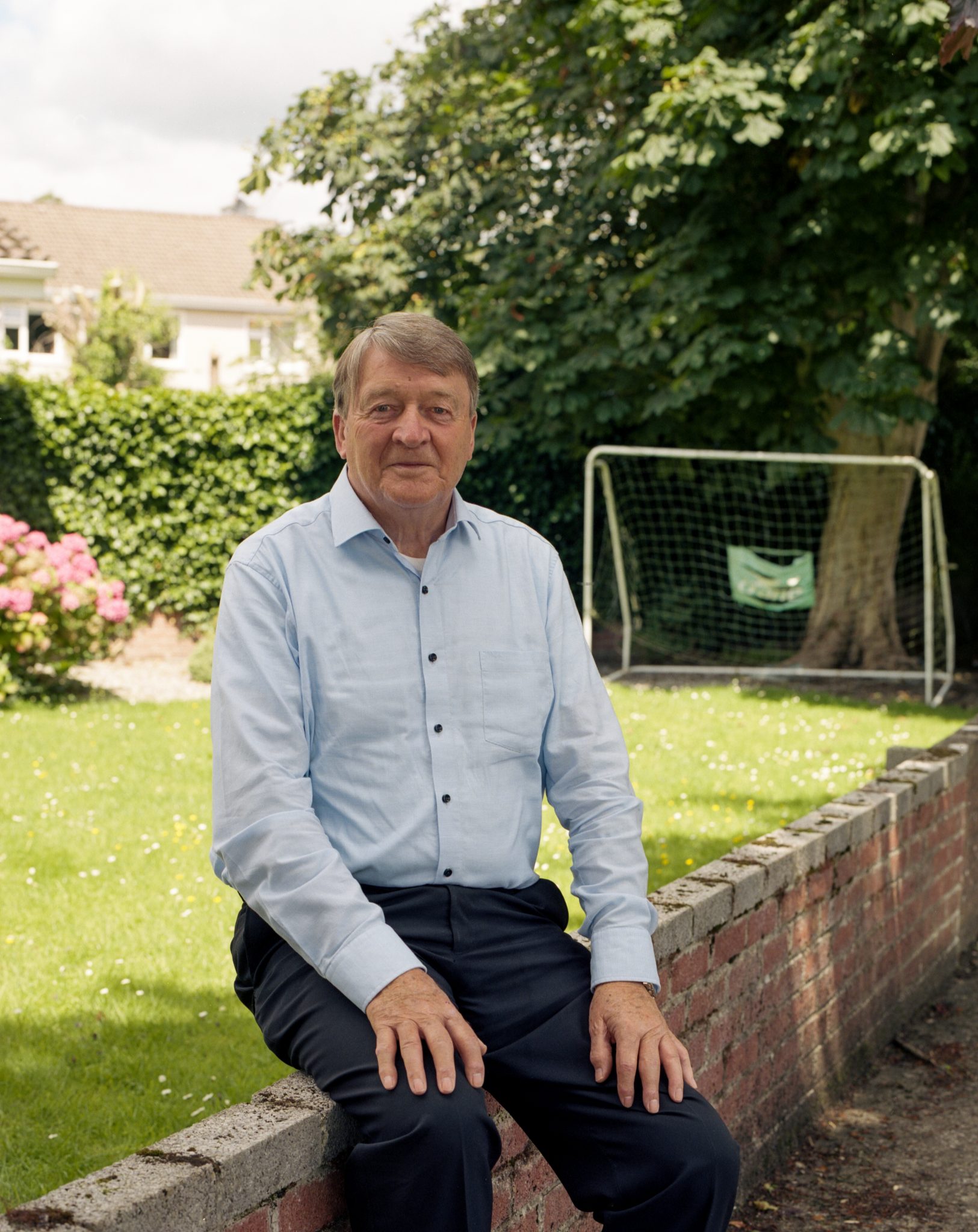 Even though Limerick hosted the game, they were made to play at Lansdowne Road that day. This caused quite the stir among Limerick supporters as they hoped to face the game in their own backyard.

“It was a real shame as it would have drawn a massive crowd in Limerick,” insisted Gary Spain, Limerick City historian and super-fan. Spain attended the game with his uncle that day.

“Travel was expensive, and there was no way back to Limerick that night by public transport. A lot of locals boycotted it, and the Dublin football public didn’t show up.”

Perhaps, had the game been played in Limerick, the result may have gone differently. 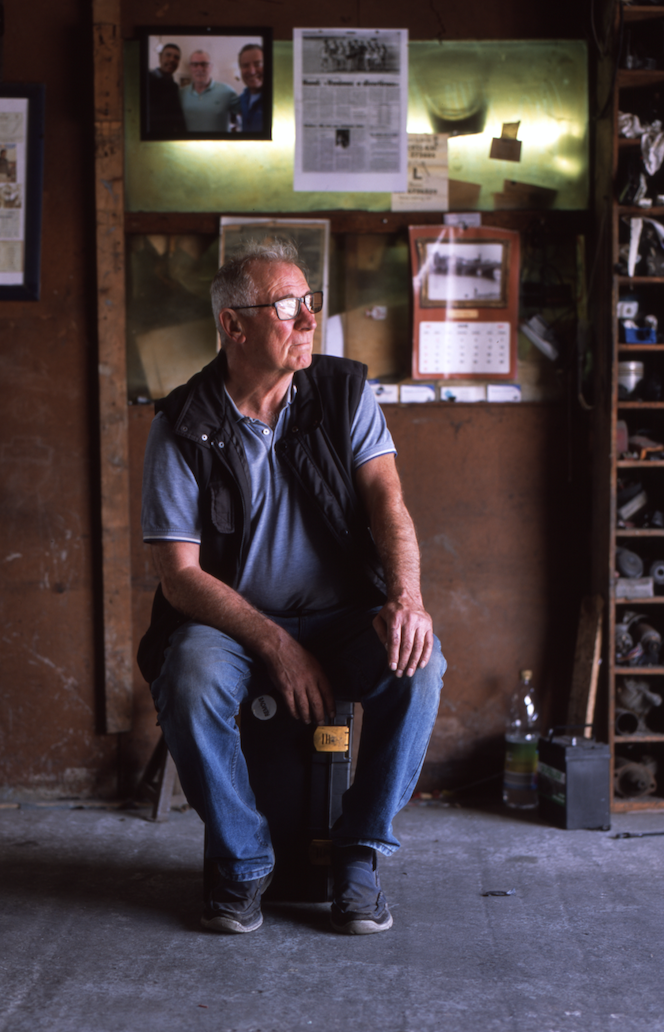 In 1980, the European Cup, known today as the Champions League, was an open draw rather than the league seedings we have at present. As Limerick won the League of Ireland the previous season, they would be pitted against other champions of European leagues. What they did not expect, however, was to be drawn against football royalty.

Much to the surprise of everybody in the footballing world, Limerick took a shock lead through Des Kennedy.

“I wouldn’t call myself a celebrity,” claims the Garryowen native. “I was one lucky guy who played for Limerick at the right time and scored a few goals.

“Being honest about it – it was just another game. But I was playing against Real Madrid.”

Despite the improbable circumstances, Limerick City fought hard to keep hold of their lead. Madrid had superstar players such as Juanito and Vicente del Bosque. To score against the best team in the world was a fantastic feat in itself.

“We always felt like we had a goal in us,” claimed Kennedy.

“We were all in disbelief, looking at it and thinking – has that gone in?” joked Gary Spain.

Madrid began to show their quality as the clock ran on and found cracks in the Limerick defence. Juanito equalized from the spot against keeper Kevin Fitzpatrick.

The crowd began to get behind Limerick, hoping to salvage a draw from the game.

Spain remembers the feeling in the stadium, “We were really just hoping and praying that Limerick would just hold on”.

With 20-minutes left in the game, Pineda ran through the lines of defence for a ball that seemed to be heading out for a goal-kick. Taking no chances, keeper Fitzpatrick ran out to contest the ball when he appeared to take the striker down in the box. Juanito stepped up and scored from the spot to level the game.

“When the penalty went in, it was a real kick in the teeth. We hoped we could get a draw then because it was the least we deserved.

“You could tell the players were struggling on the pitch. Real Madrid had really upped their game. They were turning the screw, and we were really nervous in the stands.”

After a quickly taken free-kick from just outside the box, Madrid finally took the lead, breaking the hearts of Limerick supporters. Pineda hit the back of the net with just five minutes to go in the game. The game ended 2-1 to the then six-times European champs.

“Even still thinking back, it was amazing to be on the same pitch as them,” Spain contemplated.

“I wouldn’t say we were confident, but we certainly had a great chance. It was a deserved lead, and the penalty call changed the game.”

The City of Limerick

The short documentary aims not only to tell the story of this infamous match but also to capture the spirit of the city of Limerick and it’s people.

“We wanted to shine a light on that team and the golden era of Limerick soccer,” O’Connor acknowledged. “Not only was the country battling recession but also a bad reputation. All they really had was football.”

“It was a privilege for me to play for Limerick,” Kennedy professed. “I enjoyed every minute of it.”

“We came so close to actually beating Real Madrid,” acknowledged Spain. “That was some team and some performance, and they did our city proud.”

Regardless of the result, September 17th will forever be engrained in these men’s lives as the experience of a lifetime. “Sit Down and Shut Up” will be screened at the IFI Documentary Festival on Saturday, September 25th.

Liverpool's wild road to the European Cup final in 1984