Leeds must trust current players to survive in the Premier League

Former Republic of Ireland player David Meyler believes Leeds United need to show trust in their current squad of players if they wish to survive in the Premier League next season.

Speaking on Saturday’s Off The Ball, David Meyler, who won promotion from the Championship to the Premier League with Hull City in 2013 and 2016, considered Leeds United's long-awaited return to the top flight.

Where other teams would have bemoaned the potential loss of momentum or rustiness that came with the lockdown period and the cessation of all football, the former Irish international believes it was to Leeds' advantage.

"They seem to be a club going in the right direction and because of lockdown they got a good chance to recharge the batteries as look what they needed to do to get promoted," he remarked with a nod toward the high intensity playing style manager Marcelo Bielsa demands. 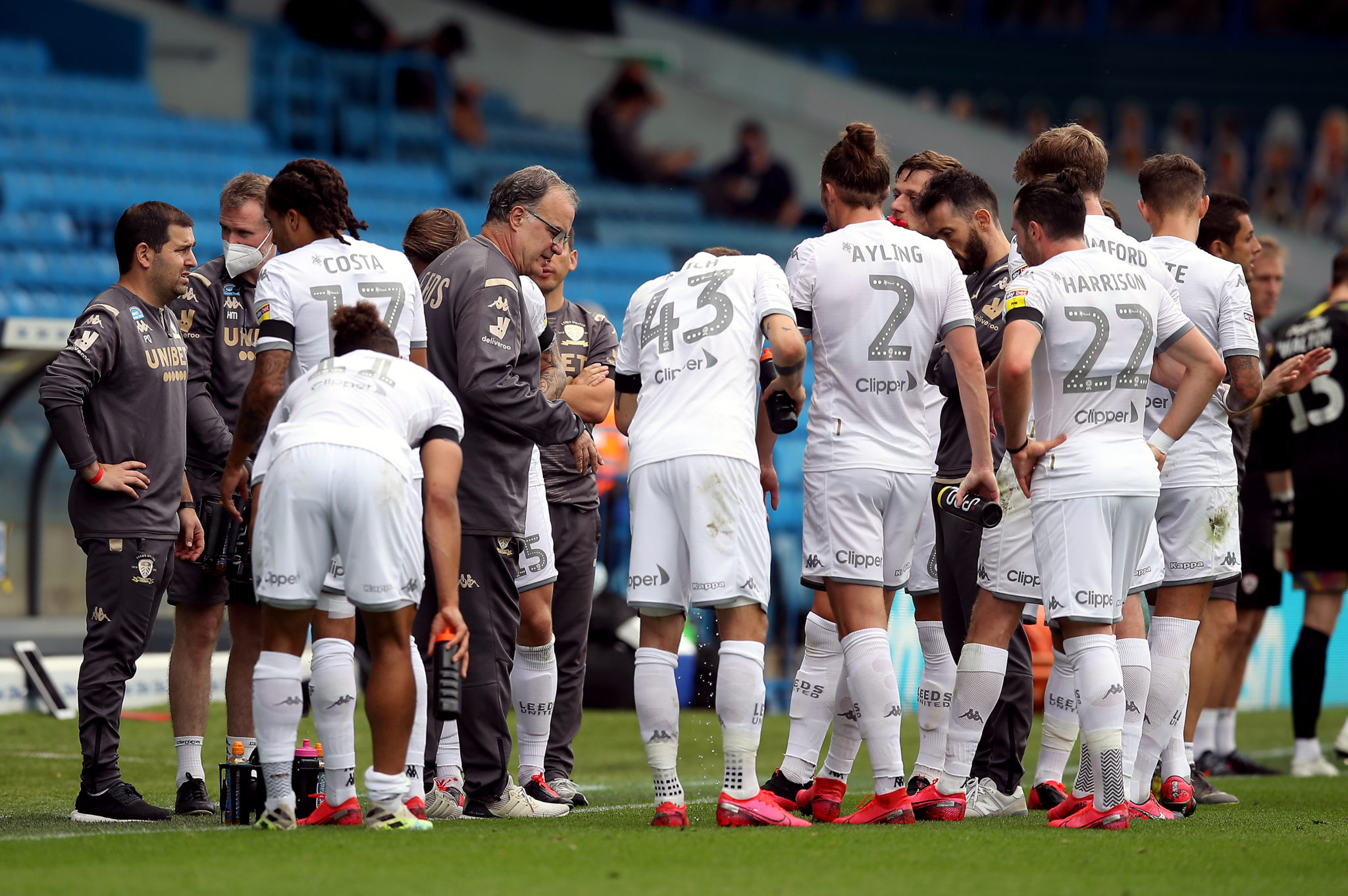 Leeds United manager Marcelo Bielsa speaks to his players during the first half drinks break during the Sky Bet Championship match at Elland Road, Leeds.

Either way, now that Leeds United are back in the Premier League Meyler is excited at what Bielsa's side will bring to the party. Moreover, he explained what they will need to do to now stay there.

"I would look at Sheffield United as a prime example," noted Meyler of who Leeds should be looking at for inspiration.

"There’s always this thing with clubs that are being promoted, that on average there are six players who start the last game of the championship season that will start the first game of the Premier League.

"It shows that the club are trying to improve the squad, [but] what you don’t want to see is Leeds sign nine or ten players, a bit like Aston Villa did last season.

"You look at this current Leeds squad, it has been more or less the same for the last three years and those players need time to galvanise.

"If Leeds recruit the right two or three players, I think they’ll do well. I just hope the boys that worked so hard to get them to where they are now in the Premier League are left by the wayside."