Shamrock Rovers and St. Patrick's Athletic failed to capitalise on each others dropped points, as...

Shamrock Rovers and St. Patrick's Athletic failed to capitalise on each others dropped points, as Chris Shields led Dundalk out for the last time with a win.

There was no movement at the top or bottom of the SSE Airtricity League of Ireland Premier Division, as Dundalk were the only team to claim a victory in Friday nights fixtures.

Chris Shields capped off nearly a decade service for Dundalk with a win against Derry. Shields announced on Tuesday that he will leave the Lilywhites for Linfield after nearly ten years with the club. The win saw Vinny Perth’s men leapfrog the Candystripes into sixth place.

Daniel Kelly opened the scoring for Dundalk in the first half after the Derry keeper parried the ball into his stride.

Patrick Hoban doubled their lead just before the hour mark from the penalty spot, but Derry captain Eoin Toal pulled a goal back for his side just three minutes later.

Dundalk held on for the win in arguably their best performance of the season, leaving Vinny Perth with seven points from a possible nine since his return. 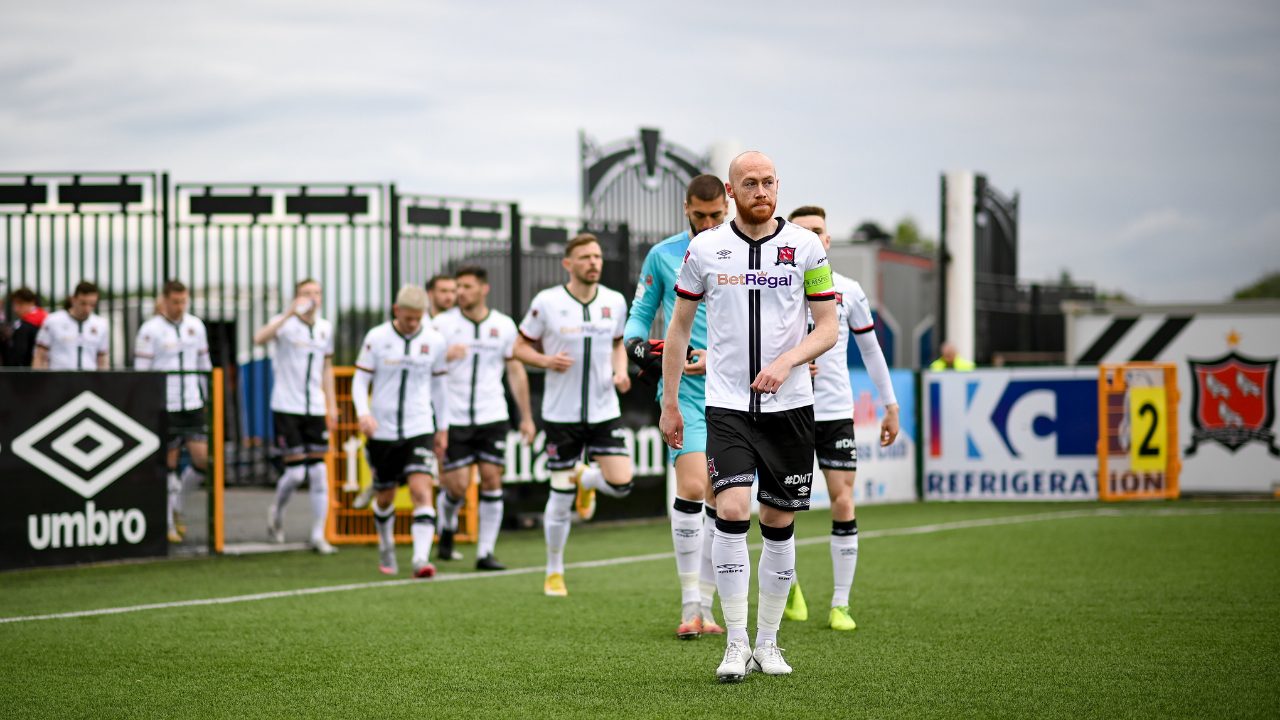 League leaders St. Patrick’s Athletic only have themselves to blame for dropping points against relegation-threatened Waterford.

Former Waterford man Matty Smith opened the scoring for Saints within the opening ten minutes after a scramble in the goalmouth.

However, the game's tide turned when West Ham loanee Alfie Lewis was sent off for Pat's just ten minutes later.

The game's flow was drained after the sending off and the game petered out for the draw, with Saints remaining top on goals scored.

St Pat's take the lead at the RSC!

Despite languishing in eight, there was an eleven point gap between Finn Harps and basement boys Longford Town.

Longford took the lead controversially, as Aaron Dobbs scored from what looked like a blatantly offside position; however, the referee overruled his linesman.

Tunde Owolabi equalised for Harps, who began to get a foothold in the game; however, Longford keeper Lee Steacy kept the Harps at bay. Steacy turned out to be the hero on the night for Longford, saving a penalty at the beginning of the second half.

The draw means Longford remain bottom, four behind ninth-placed Waterford and 11 points from safety, with Finn Harps in 8th.

Longford take the lead after the referee overruled the initial decision 😲

Shamrock Rovers failed to capitalise on St. Patrick’s dropped points as they too played out a one-all draw in Tallaght. Stephen Bradley's side has now only won three of their last seven.

A penalty each for Graham Burke and Chris Lyons in either half means there was no movement in the table for the top five. Drogheda remain 5th, a point behind Bohemians who play Sligo tomorrow.

Rovers remain second, although just on goals scored. Both Shamrock Rovers and St. Patrick’s Athletic have 35 points and a +13 goal difference after 18 games, although the Inchicore side stay top with their superior goals scored, three more than Rovers.

Results from the SSE Airtricity League of Ireland First Division:

Shelbourne retain their 11 point lead at the top of the table.

Shane Keegan to manage Dundalk as Giovagnoli steps back